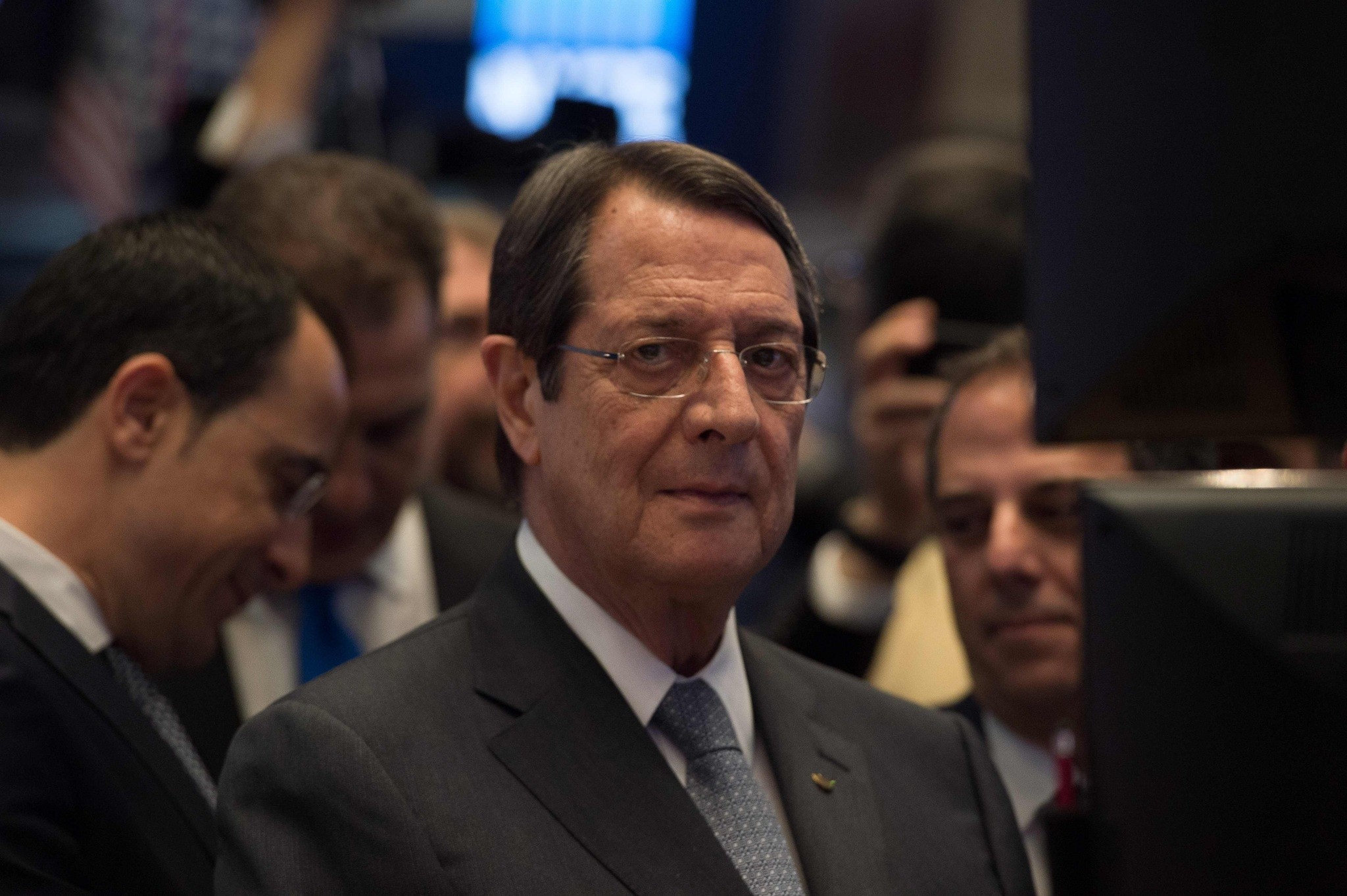 Greek Cypriot leader Nicos Anastasiades (C) walks on the floor before the closing bell of the Dow Jones at the New York Stock Exchange on March 21, 2017 in New York. (AFP Photo)
by daily sabah
Mar 22, 2017 12:00 am

Greek Cypriot leader Nicos Anastasiades left the ceremonial gavel without a handle as he rang the closing bell at the New York Stock Exchange on Tuesday.

Anastasiades was expected to signal the end of stock transactions at 4 p.m. local time, when the handle of the gavel flew off after his second strike.

The malfunction was received with diplomatic smiles and good humor, as the event was broadcasted live.

The Greek Cypriot ministers of energy and transportation were also present at the event, which was organized by the Cypriot company Safe Bulkers Inc.

The gavel has been used for years to signal the end of the trading day in recognition of the 19th century stock calls.