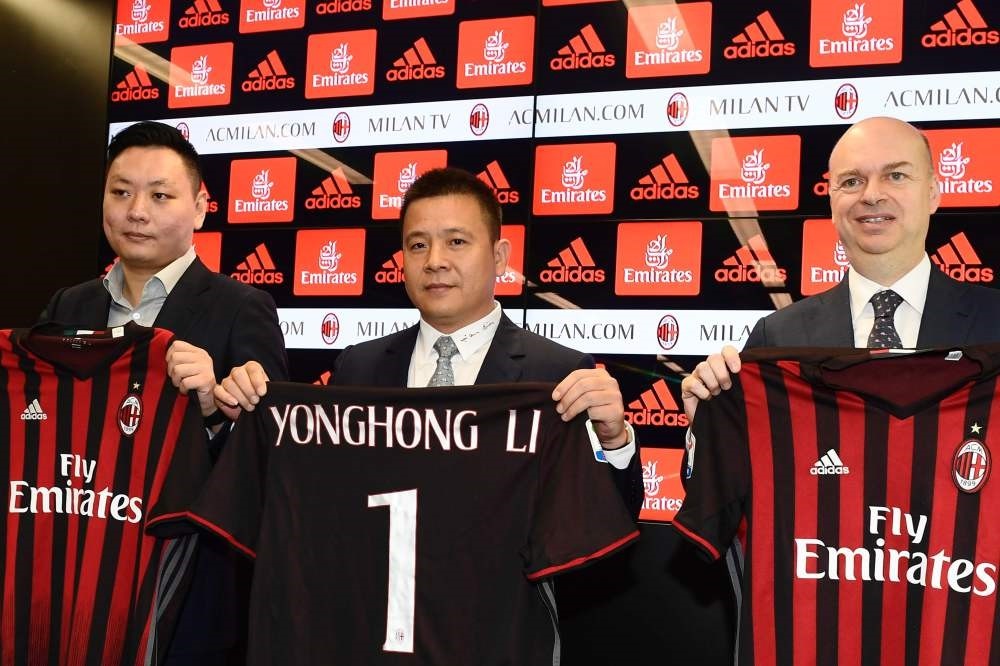 The European country's two top teams, Inter and city rivals AC Milan, are now in Chinese hands and the competition's media rights are underwritten by a unit of Chinese entertainment giant Dalian Wanda

Italian soccer is sticking to its game plan to pull itself out of a steady decline: keep passing the ball to China. The league that runs Italy's Serie A top division is likely for the first time to sell a separate Chinese package of media rights to try to maximise revenues, said a source close to the upcoming rights auction. Serie A already relies heavily on Chinese investment: two top teams, Inter and city rivals AC Milan, are now in Chinese hands and the competition's media rights are underwritten by a unit of Chinese entertainment giant Dalian Wanda.

Its prospects, though, remain dim as TV audiences for Serie A fall further behind the other big European leagues and Italy's media industry loses one of its most fervent investors in the game, pay-TV tycoon and former prime minister Silvio Berlusconi.

In response, Italian soccer is doubling down on China.

Serie A officials declined to comment, but the source said the league was counting on sales of Serie A's overseas media rights, especially in China, to help it avert a heavy slump in revenues at its next auction, for 2018-2021, due to be held by the summer.

The auction is being guided by the league's advisor and underwriter, Wanda-owned Infront Sports and Media, which aims to boost revenues from Serie A's international rights by 50 percent to around 300 million euros ($318 million) per season, the source said.

In China, the value of European soccer rights has soared. The English Premier League recently sold its China TV rights for $700 million over three years, reportedly 10 times larger than the previous deal.

Italian clubs were once the envy of Europe but hooliganism, match-fixing scandals and run-down stadiums mean attendances at matches have fallen and the domestic game has lost ground to leagues in Spain, England and Germany.

Only three Italian teams - AC Milan, Inter and champions Juventus - figure among the 15 most influential European clubs, according to an annual survey by China-based sports marketing firm Mailman Group.

Despite uncertainty over the Serie A auction, the Italian league is guaranteed to receive 1 billion euros a season for 2018-2021 under an underwriting deal with Infront, which is committed to make up any shortfall below that amount.

But it would be a poor sign for Italian soccer if the league were required to call on the Infront guarantee. Even if Serie A raises 300 million euros per season from international rights, it still needs at least 700 million euros from the domestic market to avoid triggering the guarantee, a sum that cannot be taken from granted.

The two domestic rights holders, Sky Italia and Berlusconi's Mediaset, show few signs of wanting to compete hard at the next auction. Mediaset is more focused on trying to sell its loss-making pay-TV business, which has suffered after paying a record amount for the 2015-2018 rights. A source close to Telecom Italia said it was interested in online streaming rights for Serie A and Champions League rights in Italy, depending on prices and how the rights were packaged. Three years ago, Lega Serie A cashed in around 1.2 billion euros per season from domestic and offshore licenses, an Italy record, but matching that in the current climate will be tough.

If the auction flops, there is a plan B: Infront itself will produce and package video content for the league which in turn would distribute them to domestic media, the two sources said.