Paramount Pictures to open its first-ever hotel in Bodrum 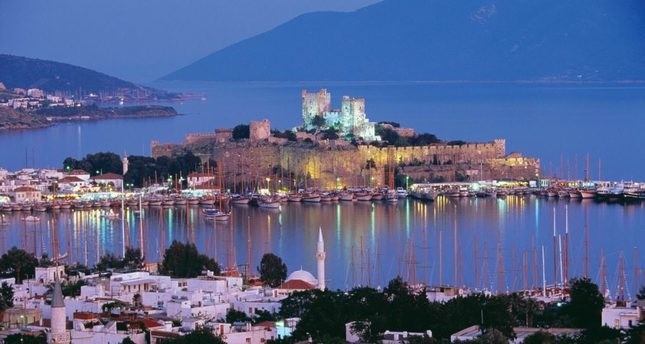 The world-renowned film prouction company Paramount will open its first hotel in the world in May in Turkeyu2019s Bodrum. The hotel will consist of 134 suits and villas.
by Betül Alakent Apr 24, 2017 12:00 am
The world-famous film production company, Paramount will open its first-ever hotel in Turkey's western resort town of Bodrum. The hotel, which is set to open in May, has excited the attention of the world jet society and Hollywood stars alike.

Paramount Pictures, one of the oldest film production companies in the world, has stepped into the tourism industry under the brand name "Paramount Hotels & Resorts" after a license agreement with a Dubai company.

The company, which will open its first hotel in southern Turkey under the name, "The Bodrum by Paramount Hotels & Resorts," will bring a new concept to the tourism sector.

The hotel will offer a cinematic and entertainment concept, exciting the attention of the Hollywood stars as well as the world jet society.

Underscoring that Paramount is an entertainment company, Paramount Hotels & Resorts general manager Alessandro Redaelli said, "We are committed to providing entertainment to our customers. We will offer three special services that will differentiate us from other hotels. We call these concepts cinema technology, Hollywood connection and California style. Paramount's guests will find entertainment and comfort together."

"We aim to attract 40 percent of the tourists from the domestic market and 60 percent from Gulf countries, Russia, the Commonwealth of Independent States and Europe. We have started marketing activities. The interest is quite high. There may be surprise names from Hollywood at our opening cocktail in May," Redaelli said, indicating that their aim is for 60 percent occupancy this year.

"We were looking for a place that would match our service culture. We found more than we were looking for when we came to Bodrum. Bodrum is a place that offers unique nature and unique tastes. The hotel also matches our culture. Whatever the significance of Saint-Trope for France is, Bodrum is that for Turkey," Redaelli said. Specifying that they met with regional administrators and NGOs to further promote Bodrum, Radaelli said they would work even more in order to spread tourism there over 12 months.

Redaelli informed reporters that the hotel is made up of 134 suites and villas. He noted that each room is of different size and there are villas up to a thousand square meters. "Our prices range between 250 and 45,000 thousand euros per day," he added.

Announcing they will open the brand residence in Riyadh in the last quarter of the year, Redaelli said they will also open two hotels in 2018. "One is a residency in Doha in Qatar, the other is a complex of residences and hotel together in Dubai," Redaelli said.

He also explained that although the Turkish tourism sector has gone through a distressing process in the recent period, they believe it is temporary. "Turkey is a terrific destination. It contains everything: Sea, sand, nature, culture and history. It is a 360-degree destination. In the last five years, Turkey has carried out a brilliant promotion strategy. Terrorism is now a global problem and it would be unfair to reconcile it with Turkey. We trust Turkey," he said.
RELATED TOPICS