With visas tight, US resorts struggle to find seasonal help 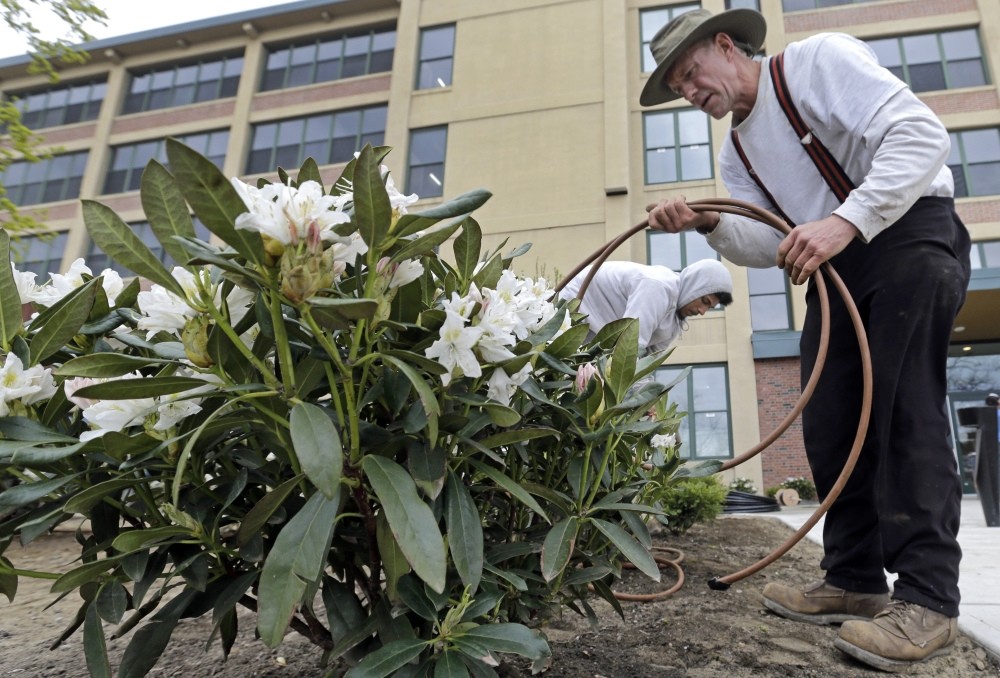 Innkeepers, restaurateurs and landscapers around the U.S. say they are struggling to find seasonal help and turning down business in some cases because the government tightened up on visas for temporary foreign workers.
by Associated Press
May 03, 2017 12:00 am

Due to tight visa practices, U.S. resorts are having difficulty hiring temporary workers, yet the struggle to ease visa procedures continues in Congress through lobbying, making it unlikely that the process will take longer, hindering workers coming to the U.S.

Innkeepers, restaurant owners and landscapers around the U.S. say they are struggling to find seasonal help and turning down business in some cases because the government tightened up on visas for temporary foreign workers. "There's going to be a lot of businesses that just can't function on a full-time basis, and some might not even open at all," said Mac Hay, who co-owns Mac's Seafood on Cape Cod and has organized seasonal businesses to lobby Congress.

At issue are H-2B temporary visas, which are issued for workers holding down seasonal, nonagricultural jobs.

The U.S. caps the number at 66,000 per fiscal year. Some workers return year after year, and Congress has let them do so in the past without being counted toward the limit. No such exception was passed for 2017 at the end of last year, after the presidential election.

Lawmakers on Monday unveiled a government spending bill that would allow the homeland security secretary to increase the number of H-2B visas this fiscal year to almost 130,000. But there is concern that even if the measure passes, it will take weeks for visas to be processed, meaning many workers probably won't arrive in time for Memorial Day and maybe not until after the Fourth of July.

Many resorts rely heavily on foreigners on H-2B visas to work as housekeepers, cooks, dishwashers and the like, saying they cannot find enough Americans willing to take such jobs. President Donald Trump himself has hired seasonal workers at his Mar-a-Lago resort in this way.

Each visa typically costs at least $1,000 in government fees, travel and other expenses, paid by employers.

At the Beachmere Inn in Ogunquit, Maine, owner Sarah Mace Diment said she cut back on the number of rooms available during New England's spring vacation week in April because she is short eight housekeepers, who are paid $10 to $12.50 an hour. None of her visa requests were granted, she said.

Critics say that bringing in cheap foreign labor undercuts U.S. workers and drives down wages and that employers aren't trying hard enough to hire Americans. Under the H-2B rules, employers must advertise for U.S. workers first. Diment said she hires housekeepers from Jamaica because there aren't enough people in rural, southern Maine looking for seasonal work. Maine is at its lowest unemployment on record, 3 percent. She has hired U.S. college students, but they go back to school in August, well before the season ends in October. "I'm always going to hire an American first. I'm always going to hire someone locally first," Diment said. "We're not using this program because it's easy. It's not. It's very difficult and expensive, but we're using it because we have no other options."

Landscapers are the biggest users of the H-2B program. Stephen Faulkner, who owns a landscaping and nursery business in Hooksett, New Hampshire, said he expects to turn away hundreds of thousands of dollars' worth of work this season because he could not get visas for any of the six Mexican landscapers who have been with him for a decade.

He said he is considering giving up the landscape division.

"My company is being devastated by not having my returning workers," he said. "I'm running out of energy and fortitude, and American jobs might be lost because of it."

The AFL-CIO says the H-2B program enables discrimination and exploitation of workers and hurts efforts to raise wages and improve working conditions. And U.S. Sen. Bernie Sanders has questioned whether willing Americans truly are unavailable for these jobs. "We supposedly live in a supply-and-demand economy, and if employers can't find workers to fill their jobs, they might want to raise wages," the Vermont independent recently told The Burlington Free Press.

Joseph Lieghio and his family operate hotels and restaurants in Mackinaw City, Michigan. Lieghio said he doubts he could attract Americans even if he doubled the $10-to-$11-an-hour wage for dishwashers, short-order cooks and front desk staff.

"If they breathe and walk in the door, we give them a job," he said. "There's no one here."

He said about 130 of his visa requests were granted and 80 were not. He is cutting hours at his restaurants, raising prices and postponing the opening of a new restaurant, he said.

Novelette Barnes-Chin began leaving Jamaica for seasonal work in the U.S. at 32. Now 50, she said she is praying she will be able to work at the Beachmere Inn for at least part of the season.