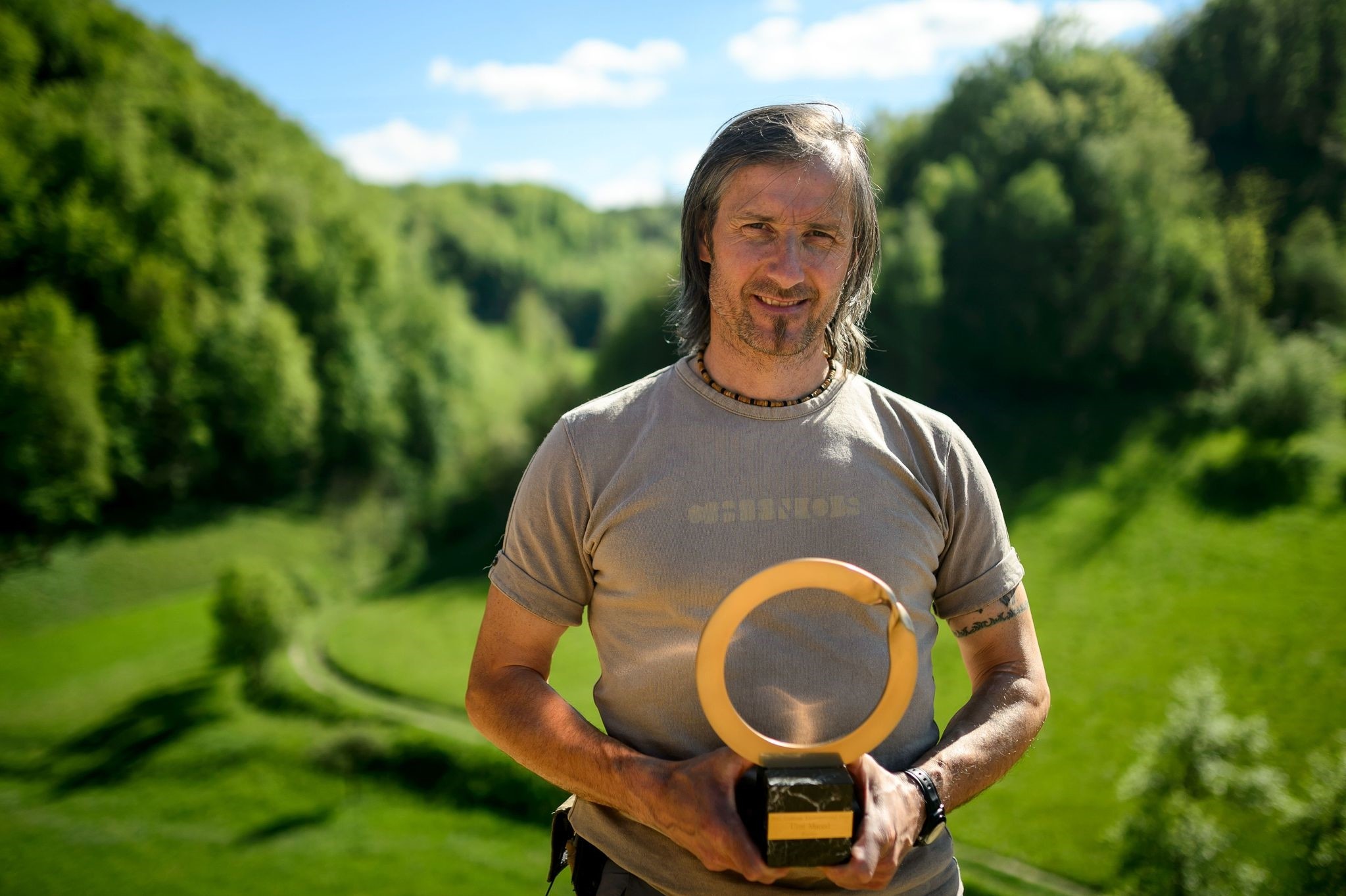 When he saw swallows nesting in the barn for the first time in almost two decades, Slovenian farmer Uros Macerl (above) felt vindicated. His exhausting battle against a polluting industrial giant had been worthwhile. A role model to some, an "eco-terrorist" to others, Macerl recently picked up one of the world's most prestigious environmental awards for shutting down a cement plant owned by French corporation Lafarge in his home region of Trbovlje region in 2015. The 48-year-old flew to New York in late April to receive the U.S. Goldman Prize, which honors "environmental heroes" for their efforts to protect nature, often at great personal expense.

In Macerl's case, the 13-year fight cost him his marriage.

"I've paid a high toll with my family... but it also taught my children the struggle was worth it," the father of three told AFP. For as long as Macerl could remember, heavy industry had not only been providing jobs to Trbovlje's 16,000 or so inhabitants, but also polluting its air. Emissions from a glass factory and coal-fired power plant would slowly rise from the Central Sava valley, enveloping the farms on the surrounding hills in a toxic fog.

Lafarge's actions had a devastating effect on the environment and people's health. Within a year, the level of benzene in the air jumped by more than 250 percent. Cancer rates in the region were above the national average, 2012 data from the Organisation for Economic Co-operation and Development showed. The high concentration of acid and other toxic substances also began to destroy the vegetation. When Macerl took over his parents farm at the age of 23, he decided to raise sheep because the fruit trees died. Frustrated, he and other locals took matters into their own hands, gathering data on toxic emissions to show the dramatic rise in dangerous air pollutants. Their research revealed that the Lafarge factory was exceeding permitted emission levels. When the government failed to act upon Macerl's repeated complaints, he took his fight all the way to the top and filed a petition with the European Commission in 2010. After a five-year legal battle, Lafarge was eventually forced to mothball its operations in March 2015 after Brussels ruled that Slovenia had run foul of E.U. rules regarding the plant's permits. Macerl says there are now signs that nature is recovering.