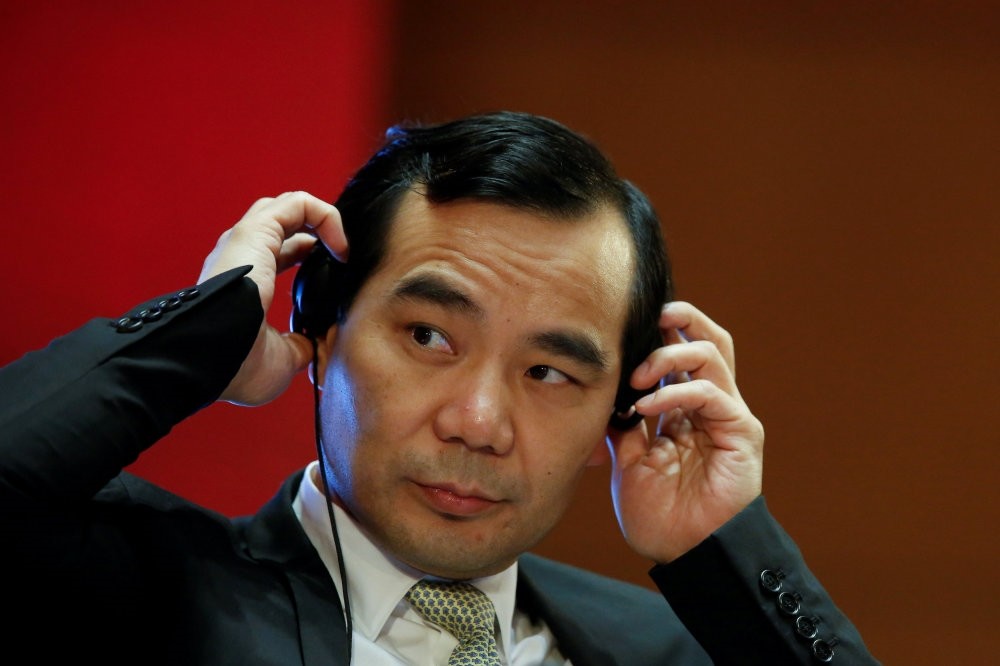 The chairman of a Chinese insurance group which sought a business deal with the family of US President Donald Trump's son-in-law has stepped aside following a report that he was taken away by authorities. Officials from the China Insurance Regulatory Commission notified the Anbang group that Wu Xiaohui was "taken away" on Friday but did not explain why, according to Caijing, a Chinese magazine. Caijing's report appeared online on Tuesday but has since been taken down.

Anbang said in a statement yesterday that Wu was "temporarily unable to perform his duties for personal reasons" but did not mention his apparent detention. Chinese authorities are engaged in a battle against corruption in their ranks and in the business world, a campaign launched by President Xi Jinping in 2012 to eradicate rampant graft. Financial regulators are also scrambling to ease fears of a looming debt crisis, with measures to rein in risky lending and acquisitions of real estate. Official heads have rolled too, including China's insurance regulator Xiang Junbo, who was sacked in April and faces an investigation.

His tenure coincided with a surge in speculative investments by Chinese insurers. Caijing, citing an unidentified source in the financial world, said regulators may be investigating Anbang's compliance with insurance products or insurance fund investments. In May the Insurance Regulatory Commission accused Anbang of violating certain provisions and banned the group from filing applications for new insurance products for three months. Anbang held controversial negotiations with the company owned by Trump's White House adviser and son-in-law Jared Kushner, for an investment in an office tower on New York's famous Fifth Avenue. But the talks were broken off in March after critics of the Trump administration warned of a potential conflict of interest.

Established just 13 years ago, Anbang has grown from a domestic seller of property insurance into a financial services powerhouse, making a name for itself abroad by buying New York's historic Waldorf Astoria hotel for a record $1.95 billion in 2014. But in April US insurer Fidelity & Guaranty Life turned down a $1.6 billion acquisition bid by Anbang. If his detention is confirmed, Wu, who is married to a granddaughter of late Chinese leader Deng Xiaoping, would be the latest billionaire to run afoul of the authorities. Guo Wengui, a real estate tycoon, left China in 2014 and authorities are seeking his arrest.

From his luxurious New York City apartment, Guo has used social media to lob allegations of corruption against some of China's most powerful people. Financier Xiao Jianhua vanished from his Hong Kong apartment earlier this year and reports suggest he was abducted by mainland security agents. He was reportedly under investigation in connection with China's 2015 stocks crash.