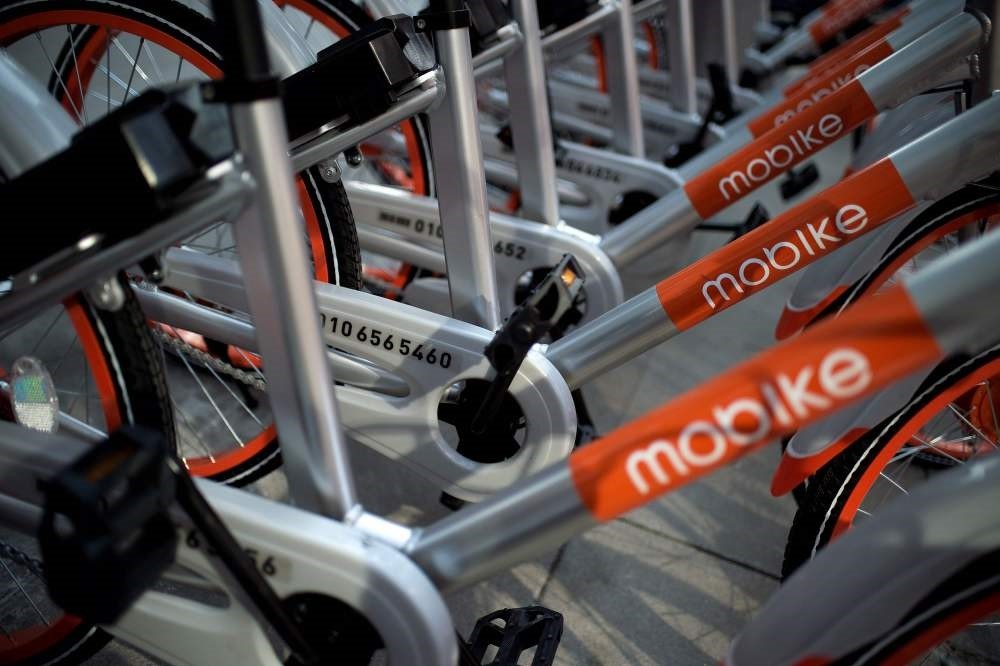 Chinese bike-sharing start-up Mobike said Friday it has raised more than $600 million to help finance its overseas expansion, as competition in the booming market intensifies. Since its launch in April 2016, Mobike has rolled out its brightly colored pushbikes across China and Singapore, and is now planning to take its rental service to Britain. Chinese internet giant Tencent, an existing investor, led the latest round of financing along with U.S. firms Sequoia Capital and TPG, as well as China-focused Hillhouse Capital. The bike-share concept has attracted huge venture capital, with Mobike now raising more than $900 million so far this year.

Rival Chinese bike-rental company Ofo is also seeking an additional cash injection of roughly $500 million, Bloomberg News reported last week, on top of the $450 million it secured recently from investors. Mobike, Ofo and others are tapping into the sharing economy ethic behind Airbnb and ride-hailing apps such as Uber, and targeting China's 700 million mobile phone users, who increasingly use their smartphone for transactions.

The bikes are unlocked using an app and cost as little as one yuan (15 cents) an hour.