Brazil's leader, billionaire accuse each other of fraud 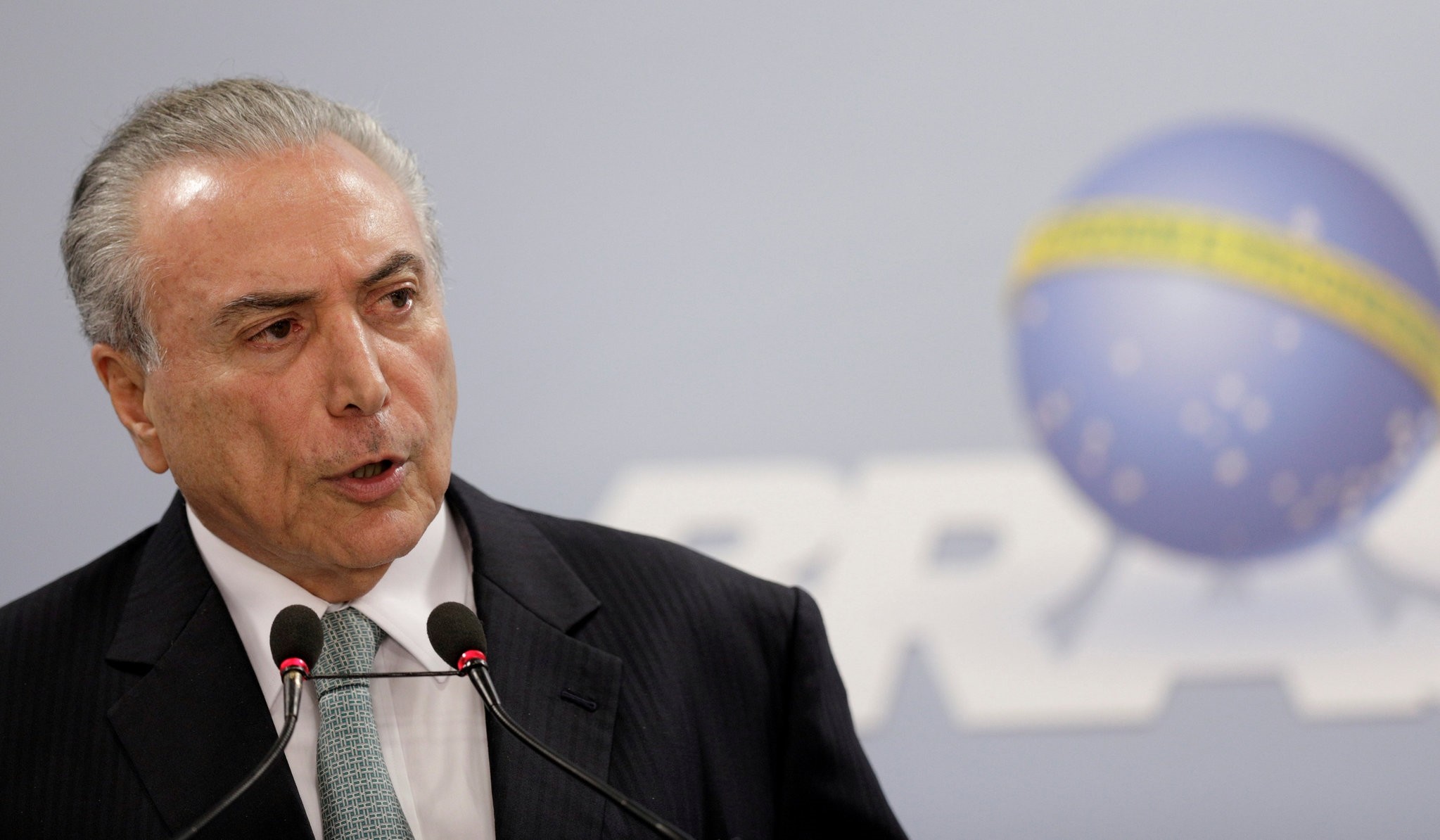 Embattled President Michel Temer exchanged furious denunciations of corruption Saturday with a leading businessman who alleges Brazil's leader was behind the bribes paid by business executives to politicians and government authorities in exchange for political favors. Meatpacking billionaire Joesley Batista, who is himself under investigation for fraud, claimed in an interview published in the newsmagazine Epoca that "Temer leads Brazil's largest and most dangerous criminal organization."

He provided no specifics to back up his charge. Temer's office fired back with a statement describing Batista as "the most notorious and successful bandit in Brazil's history" and it promised to file criminal and civil lawsuits against him. Batista is now a key witness in corruption investigations that threaten to force Temer out of office before his term ends in December 2018. Prosecutors have said they are considering charging the president with receiving bribes and with trying to obstruct the investigation into a colossal corruption scheme at the state-run oil company that involved huge kickbacks to politicians in return for inflated contracts.

Dozens of politicians and business executives already have been convicted in the Petrobras case. A key part of the evidence against Temer comes from plea bargain agreements with prosecutors signed by Batista and his brother Wesley that allow the two men to remain free. Under investigation in a pension fund fraud, they have said they paid kickbacks to more than 1,800 politicians to win favors for their JBS meatpacking company. Prosecutors have said that in the recording Temer is heard authorizing Batista to pay Cunha the equivalent of about $150,000 a week for not reaching a plea bargain deal.