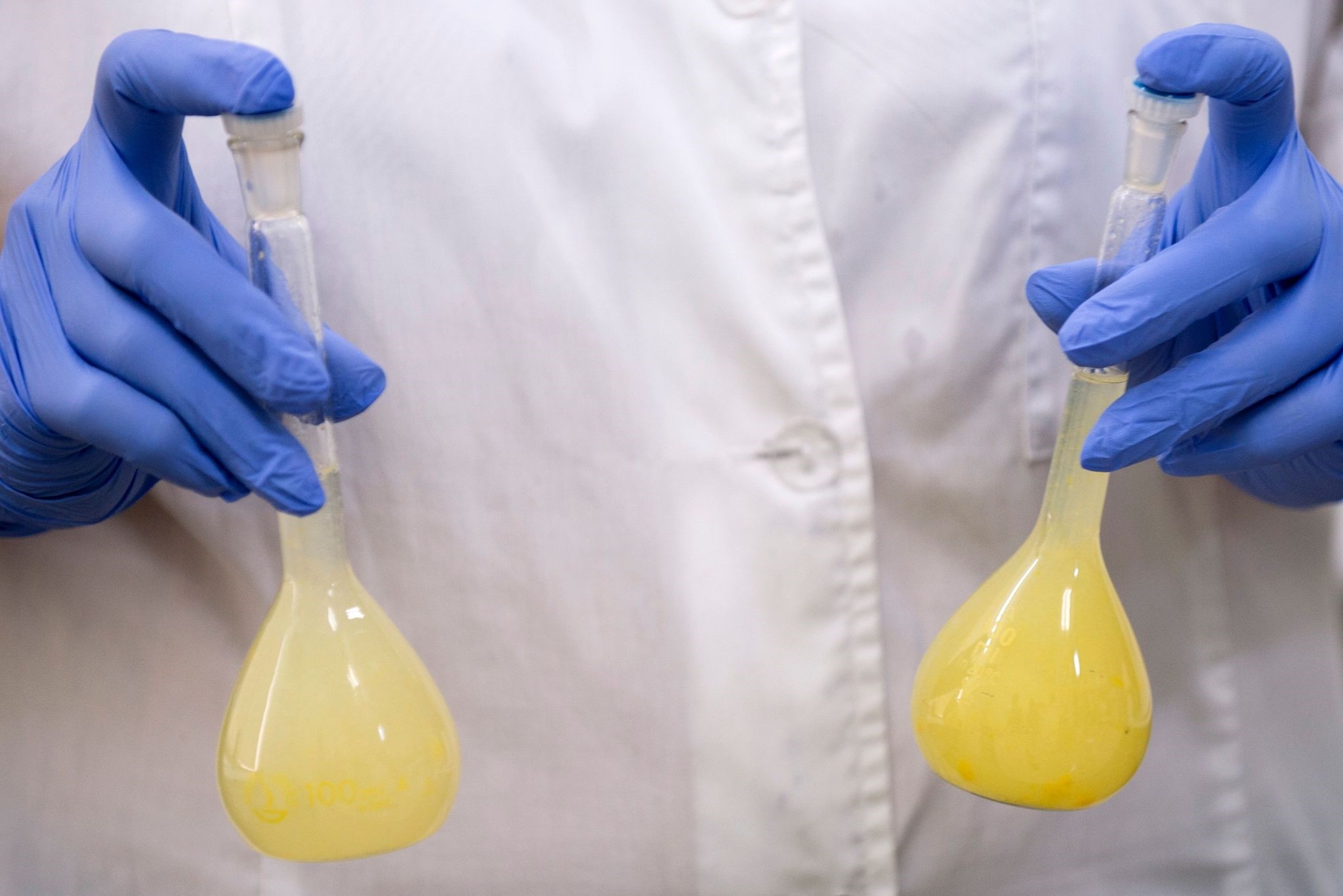 A Bulgarian scientists tests the content of food samples at a laboratory of the Sofia-based national center for public health and analysis in Bulgariau2019s capital Sofia.
by French Press Agency - AFP
Jul 03, 2017 12:00 am

It looks like Nutella, smells like Nutella and yet doesn't quite taste like the famous Italian chocolate spread. Eastern European leaders are fuming after tests suggested that big Western brands use cheaper ingredients in food products sold in former communist countries.

While Bulgaria's burly premier Boyko Borisov has slammed the practice as "food apartheid", Czech Agriculture Minister Marian Jurecka declared in late February that the east was tired of being "Europe's garbage can."

Recent government-backed studies in Hungary, Slovakia and the Czech Republic indicated that many items sold with identical packaging were of superior quality in richer neighboring European Union countries. The findings prompted Bulgaria last month to carry out its own tests.

On Wednesday, the national food watchdog confirmed there were discrepancies with at least seven out of 31 products bought from the same food chain stores in Bulgaria, Germany and Austria. A chocolate dessert had less milk and cocoa than its German counterpart, for instance, although this did not have a major impact on taste, according to the national food safety agency. Soft drinks purchased in Bulgarian supermarkets contained sweeteners, while those in Austria were prepared with sugar.

"Many of these deviations are considered minor from the viewpoint of (European Union) regulations," the agency's chief Damyan Iliev told Bulgarian media on Wednesday.

"But Bulgarian consumers are being misled in that they believe they are buying the same product when in fact they are not."

The experts also noted that 16 of the tested products were sold at higher prices in the EU's poorest member state than in Germany and Austria, with baby purees twice as expensive.

The controversy has struck a raw nerve in the region where Western foods used to be a luxury that could only be bought with foreign currency in special shops. The issue perfectly encapsulates "the Eastern European anxiety about becoming second-class citizens" in the bloc, Bulgarian political expert Ivan Krastev wrote in the New York Times earlier this month. It feeds into fears over an emerging "two-tiered Europe", in which big nations like Germany push for greater EU integration while ex-eastern bloc members demand more sovereignty, Krastev wrote. The firms, however, argue that recipes are merely tweaked to suit local palates and point out that the practice doesn't break any rules.

Under EU directives, companies are free to change a product's ingredients from one member state to another as long as the they are clearly listed on the packaging. But that has done little to cool boiling tempers.

"I don't see how substituting good chocolate for the cheapest local one will adapt better to my taste?" fumed Bulgarian mother-of-two Yana Mihailova.

The 46-year-old said she always stuffs her luggage with jars of chocolate spread whenever she travels abroad.

"The price is higher but it's totally worth it -- there's definitely much more cocoa in there," she added. While the Bulgarian tests did not mention any actual brands, Hungary's food authority in February named food giants Ferrero and Coca-Cola among the culprits. The agency said the version of Nutella sold in Budapest appeared to be "less creamy" than the Austrian version.

The aroma of Coca-Cola was seemingly "less rich, less complex" in Hungary while the flavor of Nestle's Nesquik cocoa powder was "more harmonious and intense" in Austria. The government of populist Prime Minister Viktor Orban, a fervent critic of Brussels, accused the EU of double standards over the findings.

The battle is a "war horse" for populist governments wanting "to prove that the European Union is incapable of guaranteeing the equal treatment of its citizens", according to analyst Antony Galabov of the New Bulgarian University.