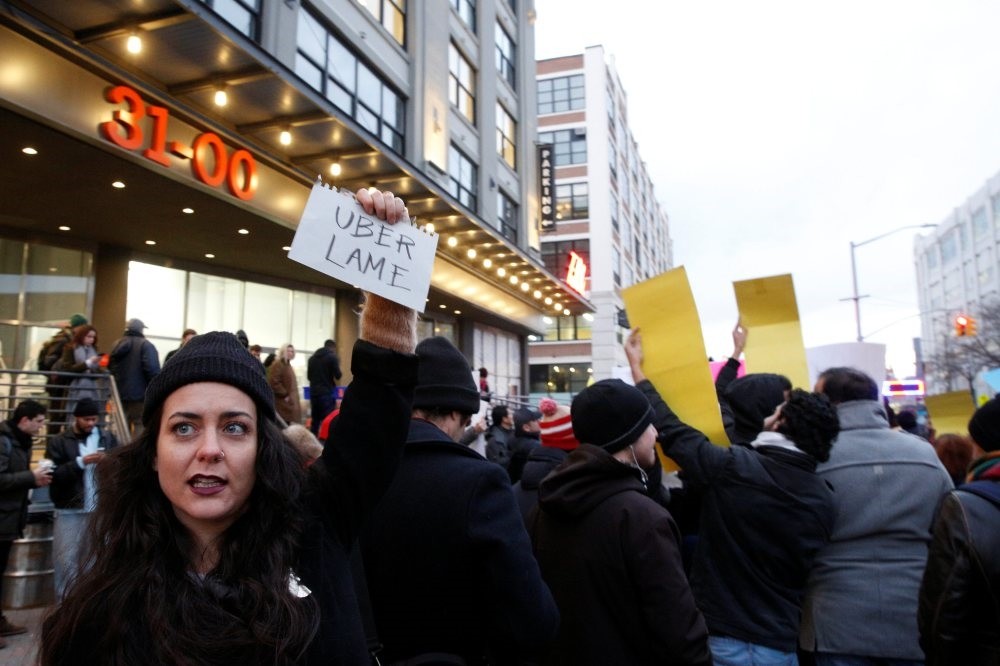 Earlier this year,a former Uber engineer revealed a culture of harassment at the company. Uber's CEO has since resigned and the company has promised to institute broad changes to prevent such things from happening again.
by Associated Press
Jul 04, 2017 12:00 am

Reports of sexism in the industry are not new, but more women are speaking on the record and naming their harassers. With women coming forward with stories of sexual harassment, apologies, resignations and self-reflection have followed

Sexism in Silicon Valley may be coming in for a reckoning, prompted by women coming forward with stories of sexual harassment by industry bigshots. Apologies, resignations and self-reflection have followed, although it's too soon to tell if they will produce meaningful change. Dave McClure, a prominent venture investor, said on Saturday that he is sorry for making "inappropriate advances" toward several women in workplace situations, and is no longer leading the venture capital fund he co-founded, 500 Startups. He remains a general partner at the firm. McClure's apology -titled "I'm a Creep. I'm Sorry" -follows a New York Times report on sexual harassment in the tech industry that described offensive behavior by McClure and other prominent venture investors, as related by female entrepreneurs.

Reports of sexism in the industry are not new, but more women are speaking out on the record and naming their harassers. That's even though women have faced ostracism for calling out such behavior, with companies playing down or outright ignoring complaints. Those issues can be particularly acute for women leading startups, as their companies are dependent on clubby venture capitalists for funding. But there are signs that this might be changing as more women come forward.

In June, several female entrepreneurs told the trade publication The Information of harassment by a partner at the VC firm Binary Capital; he and another partner resigned a week ago. The accused partner, Justin Caldbeck, issued an apology, but that itself drew criticism from others in the tech industry, including Google product manager Brenden Mulligan.

"It feels like you're trying to nudge us to feel sorry for you that you need to leave your precious firm behind. YOU CAUSED THIS," Mulligan wrote in a post on Medium. One of Caldbeck's accusers, Niniane Wang, wrote that she "laughed out loud" reading the apology post.

What is sparking the shift? It might be a woman named Susan Fowler. Earlier this year, the former Uber engineer also outlined a culture of harassment at the company. Uber's CEO has since resigned and the company has promised to institute broad changes to prevent such things from happening again.Still, it's too soon to tell whether the incidents will lead to meaningful change. LinkedIn co-founder and former CEO Reid Hoffman lamented a "lack of outrage and commentary" following the revelations.

"This is important, because the question for women entrepreneurs is whether people just don't care," Hoffman wrote in a post on LinkedIn. "Here's why writing quickly is important: YES, MANY OF US DO CARE. This is entirely immoral and outrageous behavior."

He called the attention on Silicon Valley's gender problems this year "very good criticism." He urged venture capitalists to establish human resources policies -just as companies and other institutions do -"so that venture capitalists who engage in such behavior face the same sort of consequences that they would if their overtures were directed at an employee."