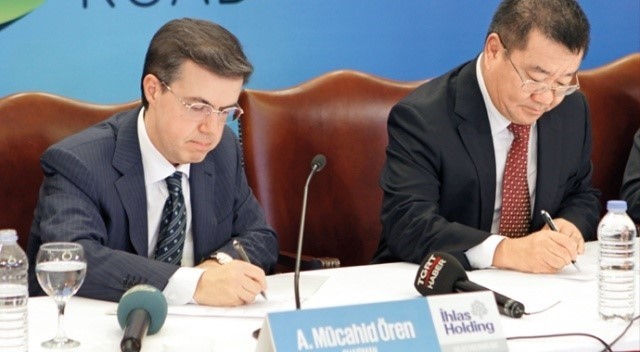 A Turkish company has become a partner of China's groundbreaking "One Belt One Road" initiative to revive the ancient Silk Road. The company, which signed a strategic partnership with one of leading Chinese firms, the China Silk Road Group, will establish an associated company and will take an active role in the coordination of future projects. 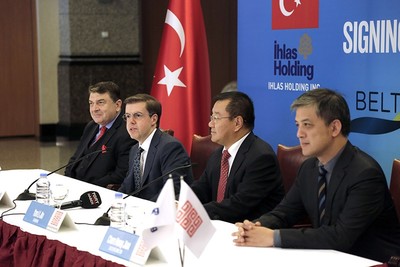 China has reportedly allocated $900 billion in total for planned investments in 68 countries as part of the One Belt One Road initiative, which was announced at a summit in May with the participation of state officials, including President Recep Tayyip Erdoğan.

As part of the agreement, China Silk Road aims to boost cooperation by submitting bids and proposals to various tenders, including those by the Petroleum Pipeline Corporation (BOTAŞ) and infrastructure projects and to provide consultancy services in partnership with Petro China. Ihlas is expected to participate in BOTAŞ gas storage tenders.

Speaking at the signing ceremony held in Istanbul, Chairman and CEO of Ihlas Holding Ahmet Mücahid Ören said that the agreement will take the company to a next level, move it beyond the borders of Turkey.

He noted that the summit attended by President Erdoğan has proved to be a success:

"The company we jointly formed with our Chinese partner is one that is assigned by the Chinese state to boost the Silk Road initiative" Ören said, noting that the company had experienced obstacles along the way and needed the help of companies like Ihlas to overcome such difficulties. In this regard, Ören noted that Ihlas will be the starting point for the Chinese company's relations in Turkey and will enhance bilateral cooperation.

The forum hosted the U.N. secretary-general, the chairpersons of the World Bank and the International Monetary Fund (IMF) as well as the presidents and prime ministers of 28 countries and more than 250 ministers, with the aim to revive the ancient Silk Road.