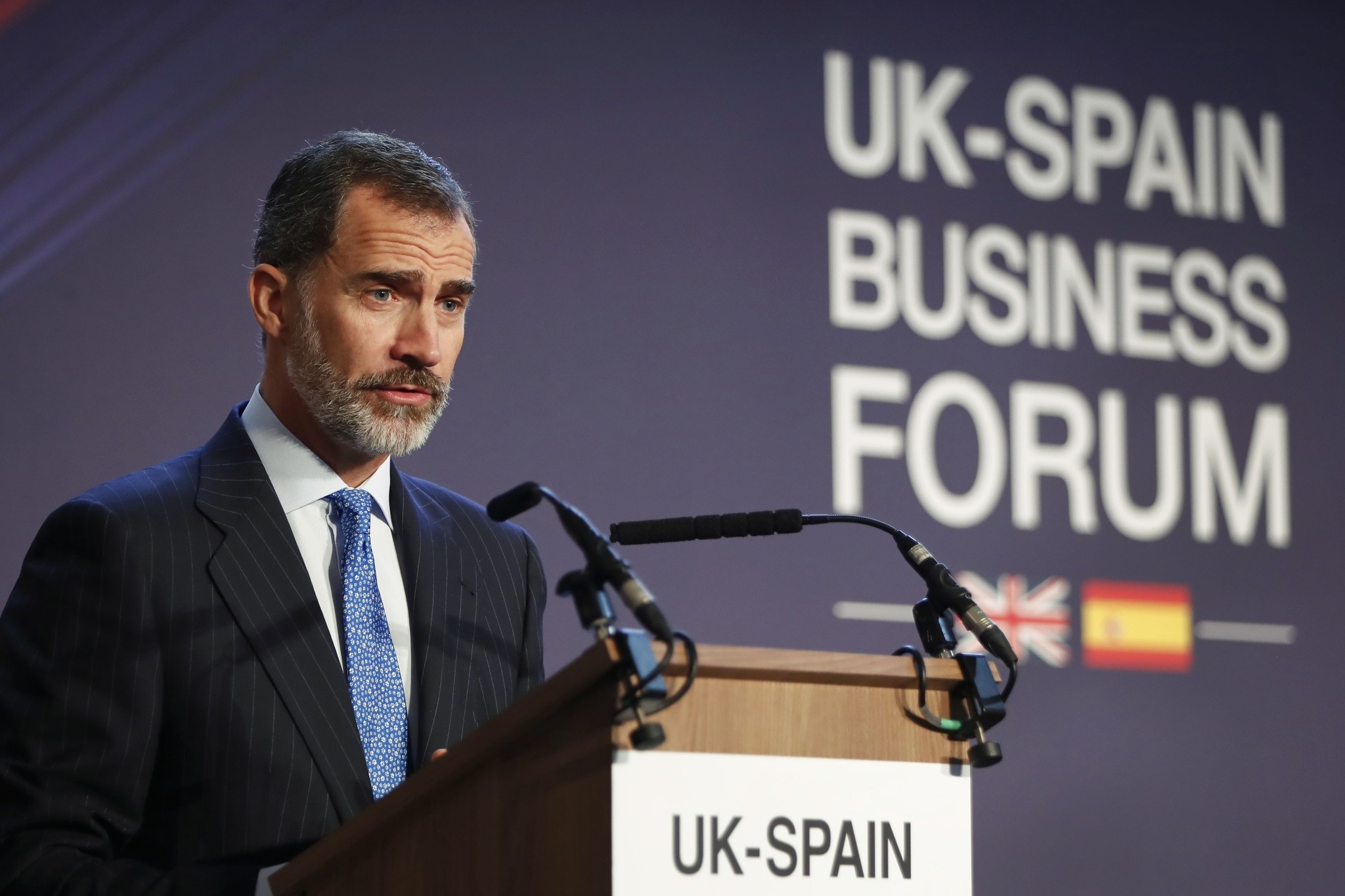 While Spanish companies were carrying out investments worth millions of pounds in the U.K., Spain's King Felipe said yesterday during his offical visit to the U.K. that negotiations between the two sides should minimize the uncertainties generated by Brexit

Britain's exit from the European Union is creating uncertainty for businesses and Brexit negotiations should seek to reduce this as well as minimising future trade barriers, Spain's King Felipe said on Thursday.

The British government, seeking to highlight confidence in the British economy, said Spanish companies had committed millions of pounds of investment to Britain to coincide with a three-day state visit by King Felipe and Queen Letizia.

Addressing business leaders in London, Felipe hailed the close ties between Britain and Spain but said: "We cannot deny that the scenario originated by the UK decision to leave the EU has generated uncertainty and doubts for our companies ... We must make sure the current negotiations reduce this uncertainty to the minimum.

"It is extremely important that the future framework of our relations establishes the conditions for a close economic relationship trying to minimise future obstacles and barriers."

Spanish Foreign Minister Alfonso Dastis told the event Spain wanted a Britain that continued to be "bound together" with the rest of Europe.

Bilateral trade between the two countries was worth 40 billion pounds in 2015 and more than 400 Spanish companies are registered in Britain, the British government said.

Spanish Trade Minister Maria Luisa Poncela said: "Our common goal should be to achieve strong and collaborative relations with the United Kingdom while trying to avoid any unnecessary damage to our trade and investment flows."

The pomp-laden state visit, which included a banquet hosted by Queen Elizabeth on Wednesday, aims to cement ties that have been strained by questions over the post-Brexit future of Gibraltar, a British territory on the southern tip of Spain.

The future of Gibraltar, captured by Britain in 1704, and its 30,000 inhabitants will be a major point of contention in the Brexit talks. The EU has offered Spain a right of veto over the territory's post-Brexit relationship with the bloc.

During an address to the British parliament on Wednesday, Felipe said he was confident Spain and Britain could work towards an acceptable arrangement over Gibraltar.

The subject is likely to come up during talks between Felipe and Prime Minister Theresa May on Thursday, as is the issue of EU citizen's rights post-Brexit.

The EU and Britain have yet to agree on guarantees for EU citizens living in the UK and British expats living in other EU countries. More than 300,000 Britons live in Spain and more than 130,000 Spaniards live in Britain. On Wednesday, Felipe urged the British and Spanish governments to work to ensure the Brexit agreement provided sufficient assurance and certainty for such citizens.