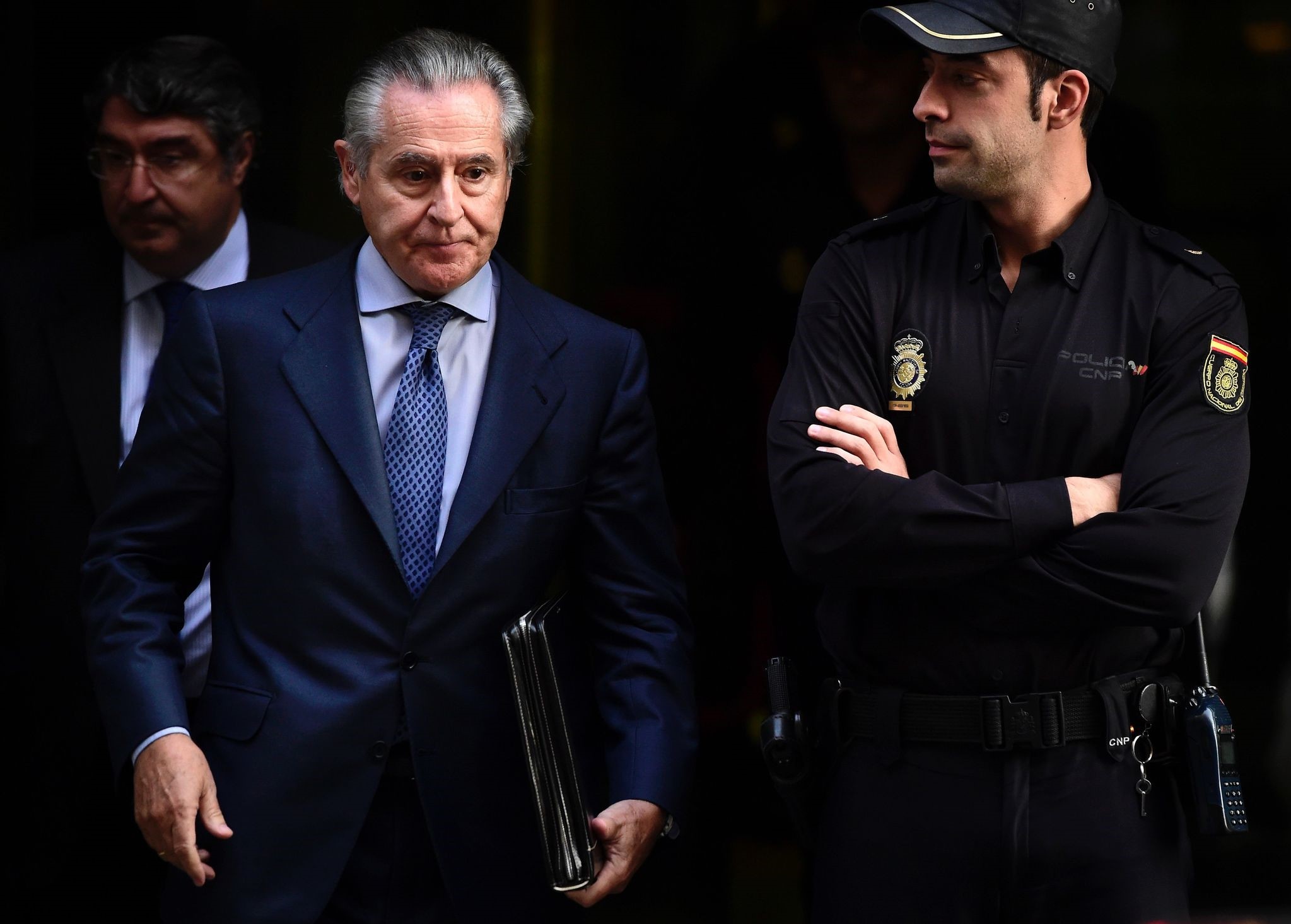 The former head of Spanish bank Caja Madrid, who was convicted of graft along with ex-IMF chief Rodrigo Rato, was found dead Wednesday with a gunshot wound to the chest, police said.

The body of Miguel Blesa, 69, who has links to senior members of Spain's governing Popular Party, was found beside a car at a private estate in Villanueva del Rey in the southern province of Cordoba, a Guardia Civil police spokeswoman said.

Spanish media said his death appeared to be a suicide but police refused to confirm it, saying only that the authorities were investigating.

Spanish daily El Pais said Blesa was having breakfast with friends at the hunting estate and left the table to move his car, He was found dead shortly after, it added.

A court in February sentenced Blesa to six years in jail for misappropriating funds following a scandal over the widespread misuse of company credit cards during his tenure at Caja Madrid and later at another lender called Bankia. He was appealing the sentence at the time of his death.

Blesa was accused of setting up the so-called "black cards" scheme which allowed him and over 60 other executives of the two lenders to buy jewels, holidays and expensive clothes.

Among those who were also convicted over the affair was Rato, who chaired Bankia for two years until just before it was bailed out in 2012. Rato was sentenced to four and a half years in jail.

Blesa, who is close to former prime minister Jose Maria Aznar, headed Caja Madrid between 1996 and 2009.

The lender was merged with six other savings banks in 2011 to form Bankia as part of a major overhaul of Spain's troubled financial sector.

Bankia was forced to be nationalized the following year, prompting Spain to turn to its eurozone partners for tens of millions of euros of emergency aid to rescue the financial sector.

Blesa in 2013 became the first prominent banker to go behind bars since the start of Spain's financial crisis.

He was jailed as part of a probe into Caja Madrid's purchase in 2008 at an inflated price of the City National Bank of Florida, but was released a few days alter after that case was dropped.