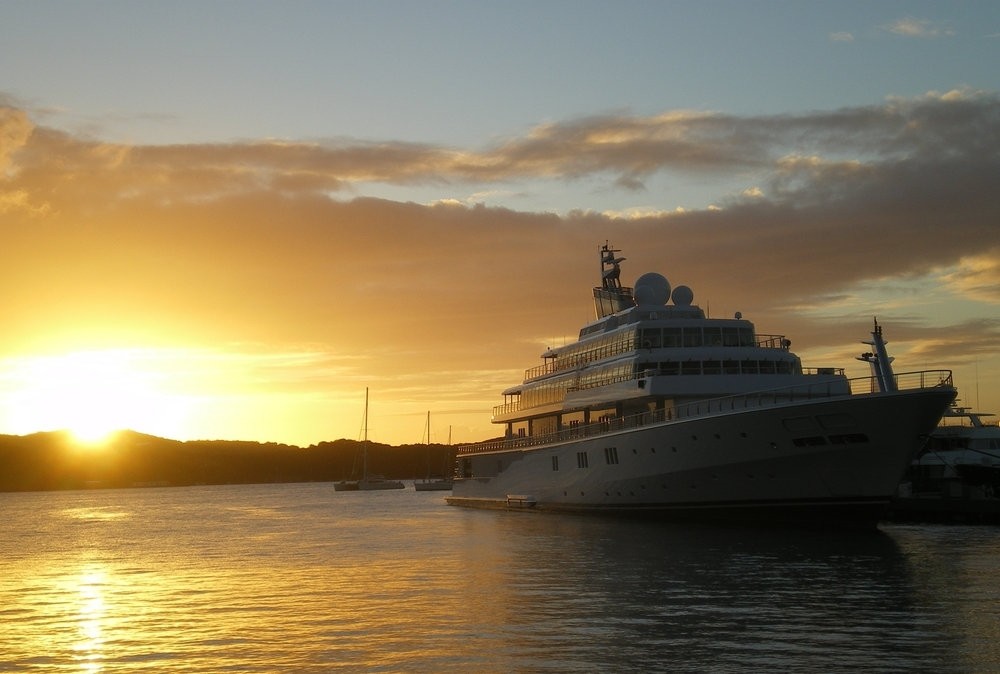 Companies in the Antalya Free Zone, which has become a world brand in luxury yacht production, receive orders from dozens of countries such as Italy, the U.K., U.S., Russia and the United Arab Emirates (UAE).

Luxury yachts, ranging from 10 meters to 63 meters, are manufactured in the Antalya Free Zone by skilled Turkish engineers and workers. Some 55 yacht companies operating in the region, of which 23 are run with foreign capital, sell 95 percent of their products abroad.

"Five of these yachts were delivered to Qatar and the others to the Netherlands and UAE. We also have yachts that are undergoing sea trials at the moment. Another 20 to 25 yachts will be completed and launched by the end of the year," he said.

He said that the 13 yachts delivered this year varied between 15 meters and 53 meters and had a total sales value of approximately $53 million.

Recalling that yacht construction began in the Antalya Free Zone in 2000, Gürses said that over the last 17 years, the industrial zone has built some 382 yachts. He claimed that Turkey is now the third-largest luxury yacht producer in the world after Italy and the Netherlands.

Gürses said that the region has become one of the most important luxury yacht production centers in the world, building yachts over 50-meters long.

"This is something that cannot be done everywhere in the world. We are now going to raise the bar a little and make even bigger yachts. To accommodate this we will undertake some serious infrastructure work. Our project to build and launch yachts up to 85 to 90 meters to the sea and back is in its final stages. We will most likely employ a floating pool system in bringing yachts from land to sea and from sea to land," he said adding that the work may be completed within a year and will also help bring yachts to Antalya for maintenance and repair.

Gürses said that yacht maintenance and repair in the free zone are covered by corporate and income tax exemptions. He explained that there used to be corporate and income tax exemptions on yacht production, but not for maintenance or repairs. However, keeping separate accounts for production, maintenance and repairs, and running the process in separate buildings created a number of difficulties for the companies.

"Now all these difficulties have been circumvented. There is a serious potential for maintenance and repair work in the Mediterranean basin. Maintenance and repair turnovers can be very high and can be done in a short period of time, within two to three months," he added. Pointing out that they are also working on increasing mooring capacity at pier, Gürses said some companies in the free zone have begun serial production and there are investors who want to come for this as well. He added that they will increase the yacht mooring quay from 120 meters to 250 meters in order to appeal to investors.