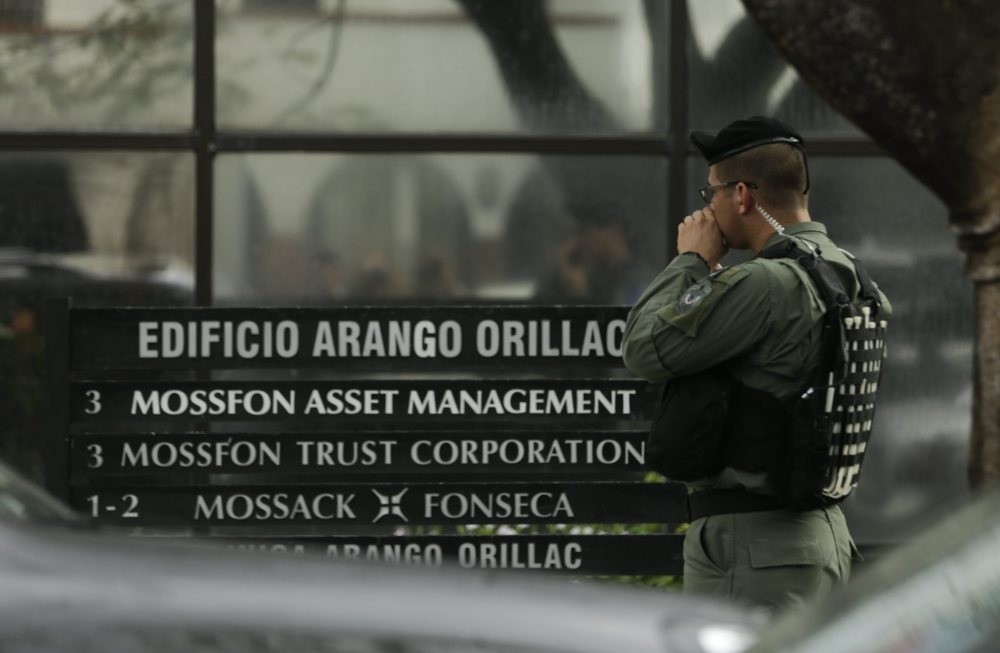 A police officer stands outside the Mossack Fonseca law firm while prosecutors raid the offices in 2016.
by French Press Agency - AFP
Aug 04, 2017 12:00 am

Mossack Fonseca, the law firm linked to the Panama Papers scandal, has had to close most of its international offices due to a slump in business, company officials said Wednesday.

"We had about 45 offices abroad. Now there are about six left," Jürgen Mossack, one of its founders told a briefing while insisting the Panama headquarters was not expecting to close. A trove of 11.5 million digital records from the Panamanian law firm revealed how many of the world's wealthy used offshore companies to stash assets. Perpetrators ranged from simple businessmen to head of states and sports stars. The data were leaked to a German newspaper, Sueddeutsche Zeitung, which shared them with the International Consortium of Investigative Journalists (ICIJ), and reports appeared in major media from April 3, 2016. Among those cited are former British Prime Minister David Cameron, Argentina's football star Lionel Messi, Argentina's President Mauricio Macri, Spanish film director Pedro Almodovar and Hong Kong's film star Jackie Chan - but also more than 140 politicians and public officials. Mossack acknowledged that the firm's credibility had taken a big toll on its bottom line.

"We have had to fire staff," he said.

In the year since the scandal erupted, at least 150 inquiries or investigations have been launched in more than 70 countries, with authorities examining many cases for possible tax evasion or money laundering, according to the Center for Public Integrity, a U.S. nonprofit group that until February hosted the now-independent ICIJ. In June, the OECD published a new blacklist of countries not cooperating against tax evasion, on which only Trinidad and Tobago, a small Caribbean country, figures.