Turkish football to be broadcast in 100 countries 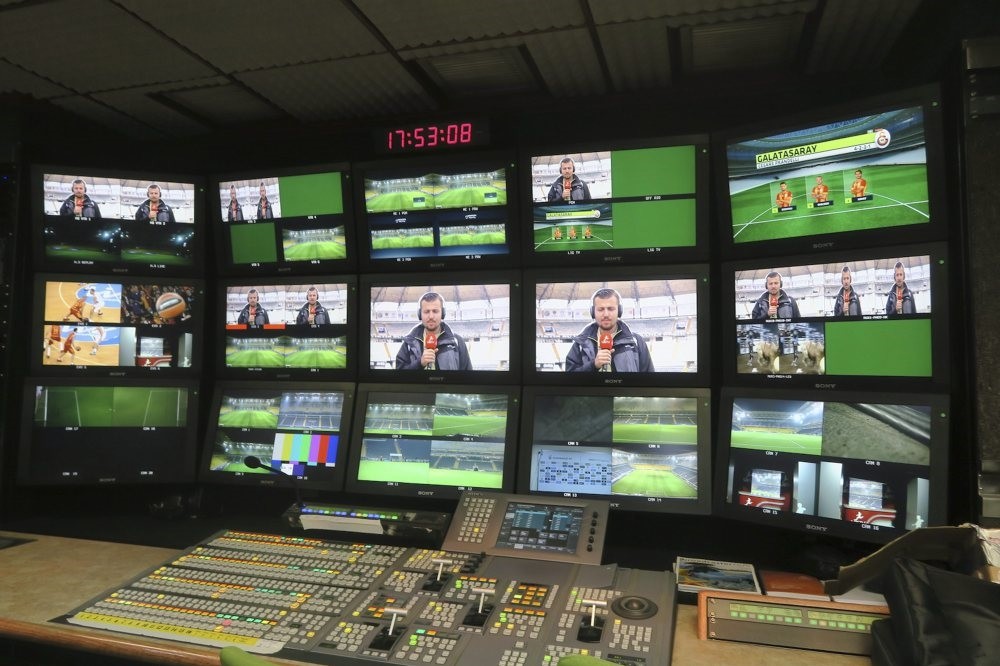 Following its acquirement by Qatari media giant beIN, Digiturk's investment in Turkey reached TL 12 billion and its CEO has said that they want the Turkish football league to be broadcasted in 100 countries

Turkish digital television platform Digiturk's investment volume in Turkey has reached TL 12 billion ($3.4 billion), after Qatar-based beIN Media Group LLC's acquisition of the platform. The company, which is preparing to open a new sports channel, has announced it will continue to expand its investments in Turkey. Moreover, the new CEO of Digiturk Yousef al-Obaidly, speaking of the company's target to open Turkey's football league to the world, said they want to make Turkish football watchable in 100 countries.

Digiturk was acquired by the international beIN Media Group about one year ago.

At a press conference on the latest developments and Digiturk's targets, al-Obaidly said that Turkey is a very attractive investment destination for beIN Media Group with its young population, growing economic stability, sporting passion and the opportunities it provides as a regional center for content development.

Moreover, al-Obaidly underscored that Digiturk's investment volume in Turkey reached TL 12 billion, after beIN's acquisition of the company, citing that they will further continue their investments in the upcoming period.

Digiturk won the Turkish Super League broadcasting rights at the tender in November last year with a bid of $3 billion including value-added-tax (VAT) for five years. Al-Obaidly noted that the figure shows their belief in the potential that Turkish football carries as well as their trust in Turkey as a country.

Al-Obaidly emphasized that Digiturk is the biggest supporter of Turkish football with investment exceeding $6 billion so far, expressing "great pleasure" at adding the Turkish Super League and the TFF First League, the second level of the Turkish football league system, to the prestigious portfolio of the beIN Media Group, which has the broadcasting rights to popular sports organizations such as England's Premier League, Spanish La Liga, German Bundesliga, Champions League, which are the most watched football leagues in the world, Formula One, Moto GP, Davis Cup and American NBA league.

"We will be the biggest supporter of Turkish football in the next five years, as has been the case for the past 17 years. Our aim is to globalize Turkish football because Turkish football deserves it," said al-Obaidly, indicating that they have full confidence and faith in Turkey and that they are determined to continue increasing their investments.

TURKISH FOOTBALL TO BE

Drawing attention to the company's target of opening Turkey's football league to the world, al-Obaidly said: "We want to make Turkish football watchable in 100 countries."

Underscoring that after the acquisition of Digiturk, their goal is to open the Turkish league to the world under the roof of beIN, al-Obaidly said: "Super League matches, which have been launched in the countries beIN operates in such as France, U.S., the Middle East and North Africa (MENA) and Asia-Pacific regions, have started to be broadcasted in Sub-Saharan Africa as well. Our goal is to make Turkish football watchable in 100 countries. The beIN Gurme channel, which was established in Turkey, has started to broadcast in the MENA region under the beIN Gourmet MENA name in March 2017. Some 2,250 episodes of 21 programs were dubbed in Arabic and are currently reaching about 3.5 million people in the region."

Al-Obaidly also announced that the free sports news channel, beIN Sports News, will start broadcasting during the 2017-2018 football season, saying the new channel will broadcast daily news programs every hour along with four main news circles every day and that it will be opened to all sports fans. Moreover, he also said that special news, interviews, various competitions and sports magazine programs will also be included in the broadcast flow.

Al-Obaidly also said that in the past year, Super League matches, as well as domestically produced content by beIN Gurme, have made significant progress toward being exported to the international arena. "Turkey's 2015 content exports were $250 million," he added.