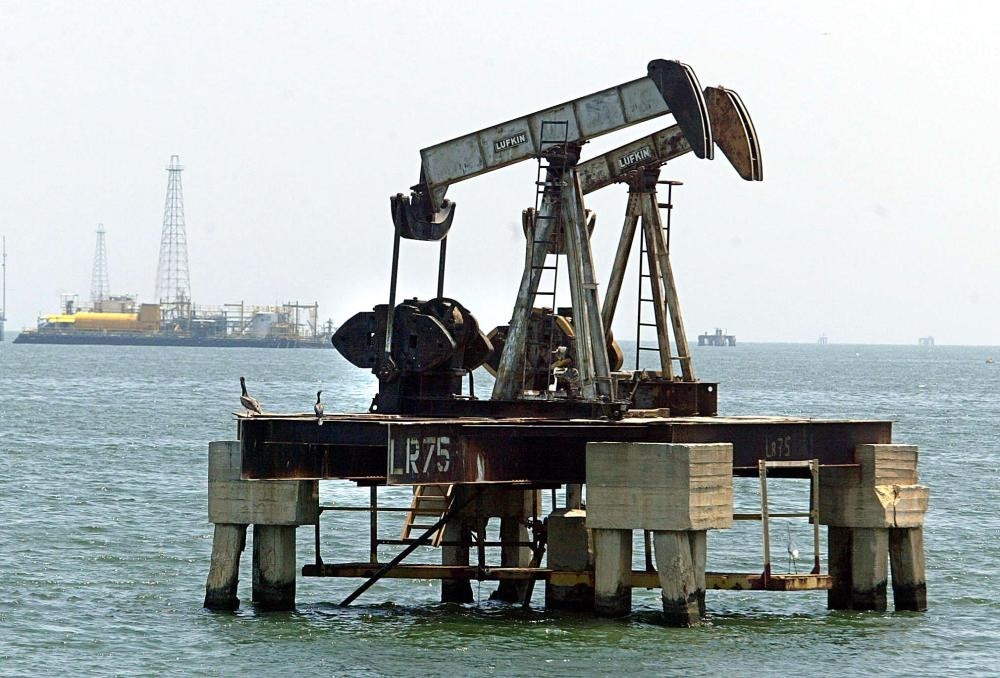 An oil rig at sea near Maracaibo, 500 kilometers, from Caracas. Venezuela's oil industry has suffered from the country's political unrest and sinking economy.
by Aug 15, 2017 12:00 am

Venezuela might look bad right now with protests, scarce food and fraught political tensions. But it could soon get a lot worse, according to analysts, because of a debt emergency raising the specter of default. Such a scenario would cut the oil-rich but cash-starved country off from capital markets. Lenders could seize assets - tankers, refineries, accounts - belonging to state oil company PDVSA. The humanitarian crisis could deepen as already limited imported essentials dry up completely and desperate citizens leave. How close is Venezuela to defaulting on its debt, estimated at over $100 billion?

President Nicolas Maduro's government has so far gone to extraordinary lengths to service it, prioritizing debt repayments over all else, including badly needed imports of food, medicine and other essentials. But all-important oil production and revenues have been declining, and its currency reserves have shrunk to just $10 billion. Most of that is in gold, locked away in Caracas as security for loans. October and November will be a crunch period. That's when a hefty $3.8 billion in bond payments need to be paid by Venezuela and PDVSA.

Those amortizations "are a challenge, but the government likely will pay," Andres Abadia, senior economist at Pantheon Macroeconomics looking at Latin American issues, said in a July briefing note. Nevertheless, he said, Venezuela was running out of cash and "we expect the situation in Venezuela will get much worse." "The likelihood is rising that a deterioration of the current recession/near-hyperinflation economic scenario, and the political crisis, will trigger regime change," he said.

The legal credibility of Maduro's regime in standing behind its IOUs has been put on the line by the election last month of a controversial new loyalist body, the Constituent Assembly, which has power over all branches of Venezuela's government.

The United States -- under whose laws Venezuela's debt contracts are written -- does not recognize the assembly. It calls it an "illegitimate" tool for Maduro's "dictatorship" and has imposed sanctions on the president and some of the assembly's members.

The assembly "aggravates the reputational risk that already exists on PDVSA and Venezuela bonds," said Juan Carlos Rodado, head of Latin America Research at the Natixis investment bank in New York. He noted that the leader of Venezuela's opposition-controlled legislature has "warned a future government might not honor new debt issued later on."

Many analysts say Venezuela's only option is to renegotiate its debt repayments. But international rejection of the Constituent Assembly -- also by the European Union -- may prove an obstacle.