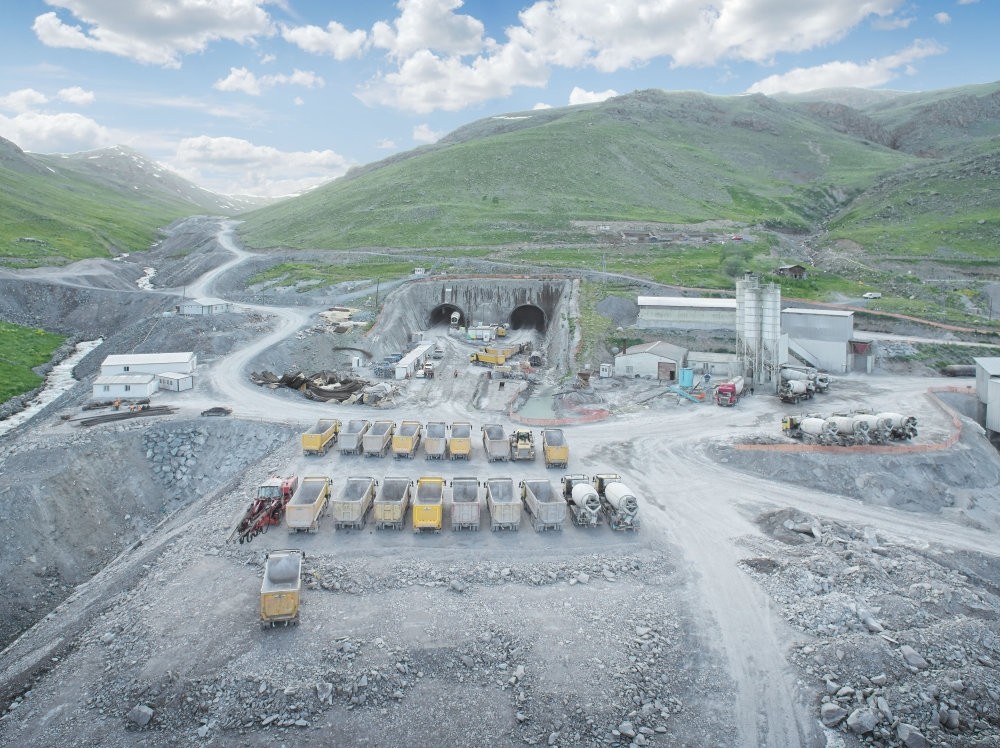 Currently under construction at an altitude of 2,640 meters, the 14.346-kilometer-long Mount Ovit Tunnel will be opened to traffic by the end of the year. Once completed, the tunnel will be the second longest twin tube road tunnel in the world and will connect İspir in northeastern Turkey's Erzurum to İkizdere in the Black Sea province of Rize. Recently, Erzurum Governor Seyfettin Azizoğlu, accompanied by Erzurum Provincial Deputy Chief of Police Cahit Şahin and Provincial Gendarmerie Commander Col. Bekir Uzun drove through the tunnel as they conducted on-site inspections. The governor received information from officials and offered baklava to the workers.

Speaking to the media, Azizoğlu said that with the completion of Mount Ovit Tunnel, the Black Sea region will be connected to Erzurum via İspir and eventually with Iran, Azerbaijan, Georgia and all of Central Asia.

He added that after over four years of hard labor, work at the 14-kilometer-long tunnel was at its final stages and it will be opened to traffic at the end of this year. With the addition of the tunnel, this route will become the shortest and fastest between the Black Sea and eastern Anatolia and from there to Central Asia, he said.

The Erzurum governor also noted that the tunnel will bring rapid improvement and development to the region's economy, industry and tourism.

The Ovit Tunnel is located in a key location of eastern Turkey and will be linked to ports from which goods are exported to neighboring countries.

Moreover, the tunnel will ease transportation to the Baku-Tiflis-Kars Railway. The highway tunnel, which will connect Rize's İkizdere district and Erzurum's İspir district in northeastern Turkey, is also expected to reinvigorate the historic Silk Road. When connected to other road projects, the tunnel will help provide an uninterrupted link between the Silk Road and the Ural Mountains, offering easy access to the Baku-Tiflis-Kars Railway, connecting Turkey to northern China and constituting an important part of the middle corridor on the One Belt One Road (OBOR) initiative that aims to revive the ancient Silk Road.