China to need $1.1 trillion-worth new planes over next 20 years 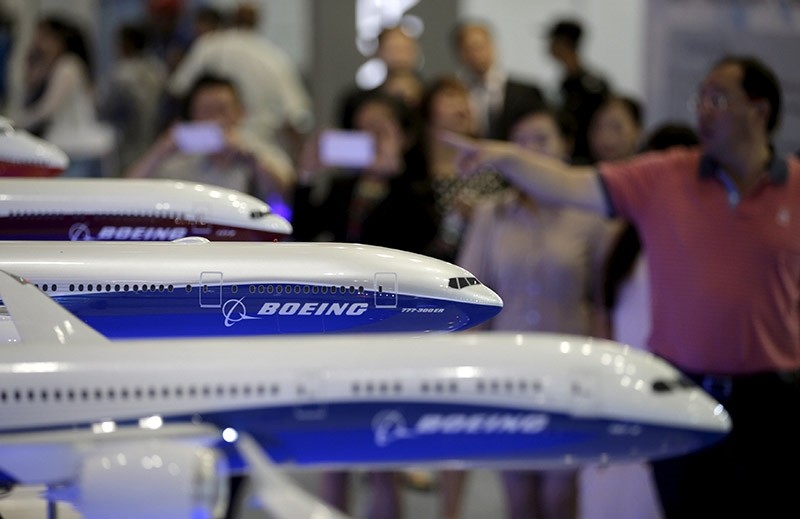 Boeing says China will need more than a trillion dollars-worth of new airplanes over the next two decades as the cash-rich middle class grows and infrastructure projects pick up.

The US aircraft giant also outlined plans to open its first factory in the country as it looks to reinforce its position in the face of competition from European rival Airbus.

In its annual forecast Wednesday, Boeing predicted China would need 7,240 new commercial jets by 2036 with a market value of nearly $1.1 trillion, adding almost a fifth of all global orders would come from Chinese companies.

"China's strong economy, the growing middle class and the significant investment in infrastructure support our long-term outlook" with the proliferation of secondary airports expected to add to this growth, said Randy Tinseth, Boeing's vice-president of marketing.

The firm last year predicted China would order 6,810 planes in the next two decades and cited an improving economy, expansion of local airlines and a recovering cargo market for its increased outlook.

Air traffic in China has increased as new low-cost carriers pop up and Boeing expects the middle class to double in ten years to reach 600 million people.

This prosperous group, who want to travel to increasingly long-haul destinations, are predicted to fuel a rise in sales of high-capacity planes.

But the single-aisle jets used for regional flights are forecast to stay at the heart of the China's demand for new planes, comprising an estimated 75 percent of orders.

Chinese companies now operate more than half the international flights in and out of China, challenging the previous domination of long-haul routes by foreign businesses, said Tinseth.

Home-grown Hainan Airlines announced in May it would buy 19 Boeing aircraft for an estimated $4.2 billion, including 13 long-haul B787-9 "Dreamliners".

The explosion of e-commerce and the need for air freight will be the main driver of demand for larger planes, Boeing said, and forecast the Chinese cargo sector to develop rapidly over the next 20 years.

The Chinese aerospace market is split almost equally between Boeing and its European rival Airbus.

Unlike Airbus, which since 2008 has boasted an assembly line for the A320 passenger jet in Tianjin, Boeing does not yet have a factory in China.

But it is working with state-owned manufacturer Comac to open a "completions center" next year in Zhoushan, with the capacity to fit interiors in more than 100 of its popular mid-range B737 each year, Tinseth confirmed.

However, that partnership could prove turbulent. The Chinese firm this year oversaw the test flight of its first home-built mid-range carrier, the C919 -- ostensibly a rival to the B737, with the aim of breaking the US-European duopoly.

"It's about balance but if you're going to be in a market like this, you have to have partners," said Tinseth.

He also played up the importance of China to Boeing in light of President Donald Trump's threats to slam tariffs on Chinese exports, which many fear could spark a damaging trade war.

"We work very hard with the US government, (China is) a critical market for us, this is a market that we believe in," he added.