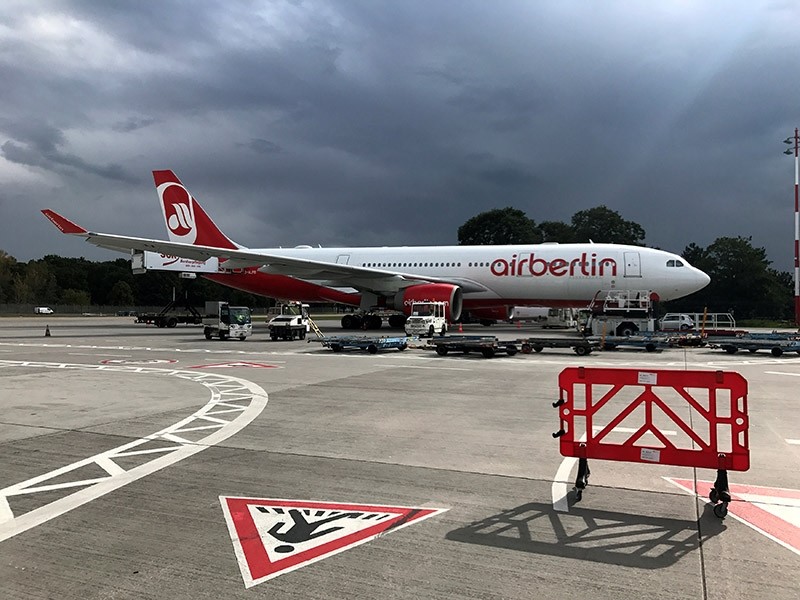 The mass "sick-out" comes ahead of a Friday deadline for potential investors to submit bids for Air Berlin assets.

"More than 30 flights" had to be scrapped early Wednesday as some 150 pilots handed in sick notices for a second day, an Air Berlin spokeswoman said.

Duesseldorf and Berlin-Tegel airports were worst hit by the cancellations, she said, advising affected passengers "not to come to the airport".

Thousands of travellers were already left stranded on Tuesday when some 200 of Air Berlin's 1,500 pilots suddenly called in sick, forcing the cancellation of around 100 flights.

Air Berlin has accused the absent pilots of "threatening the existence" of the airline, warning that the turmoil could scare off investors.

The German government was to provide Air Berlin with a bridging loan of 150 million euros (180 million dollars) to help it to continue operating.

"All the conversations surrounding insolvent Air Berlin are always about its economic interests, never about the jobs of its more than 8,000 employees," said Verdi board member Christine Behle.

Air Berlin's insolvency has placed "a huge strain" on the airline's employees, "especially given the uncertainties surrounding the fate of jobs," he said.

"That's precisely why it's important to keep flight operations going as best as possible," he told the Bild newspaper.

Potential buyers have until September 15 to lodge offers for the struggling carrier, with Germany's biggest airline Lufthansa among bidders seeking to acquire parts of Air Berlin.

German businessman Hans Rudolf Wohrl this week also unveiled a 500-million-euro bid for Air Berlin, which ran up a loss last year of about 782 million euros and has debts totaling nearly 1.2 billion euros.

Air Berlin has operated at a loss every year since 2008, except for 2012, when it sold off its frequent flyer program.

In the meantime, budget airline Ryanair stepped up its campaign on Tuesday to take on Lufthansa in its home base of Frankfurt with the Irish carrier announcing 34 new flights from Germany's biggest airport from the middle of next year.