Tomato riddle to be resolved as soon as Turkey, Russia sign memorandum 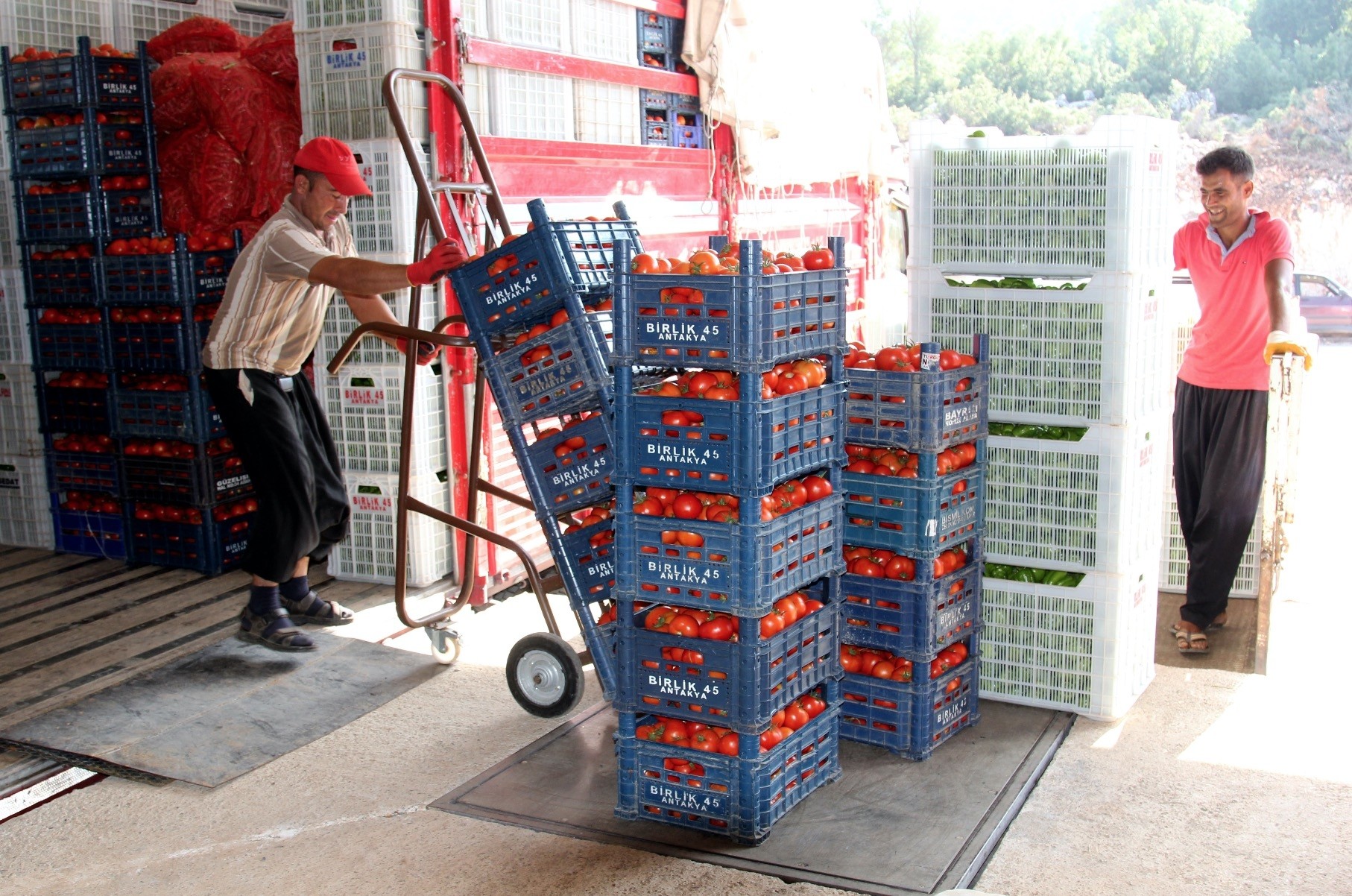 Turkey and Russia signed a memorandum of understanding that includes demands from both sides to resume tomato exports.
by Daily Sabah with AA Sep 16, 2017 12:00 am

After two years of a Russian embargo on tomato imports from Turkey, a concrete step has been taken, as Turkish and Russian delegations signed a memorandum laying out the technical details for resuming the tomato trade, which included requests by both sides

After meeting with the Turkish delegation in Antalya on Friday, statements signaling positive developments insinuating that tomato imports from Turkey, which were banned after the jet-downing crisis in November 2015 and turned into a symbol of Turkish-Russian relations, would be resumed came from the Russian side as both countries have signed a memorandum including requests from both sides. At the first term meeting of the Turkey-Russian Agriculture Executive Committee held in Antalya, the Turkish and Russian delegations signed a memorandum of understanding including the demands and requests of both countries.

Russia's Deputy Minister of Agriculture Evgeny Gromyko said that the decision to lift the restrictions on tomato imports from Turkey lies with the Russian government and the council of ministers. The Ministry of Agriculture, he stated, will communicate its recommendation that there is no technical obstacle, including plant safety, to lifting the ban on the tomato imports.

Addressing press members following the meeting, Gromyko highlighted that the two sides held important meetings on Friday and discussed a roadmap for lifting the import ban.

"The government should decide whether to lift the ban on tomato imports from Turkey. But as the Ministry of Agriculture we will refer our recommendation to the government that there is no obstacle for removing the restrictions upon our return to Russia," Gromyko said. The Russian council of ministers signed a decree after the 2015 jet-downing crisis in which it introduced the restrictions on the imports of agricultural produce from Turkey.

Although Gromyko gave no certain date as to when tomato imports from Turkey might begin, he noted that the decision might take months because a definite decision that will enable producers to plan their calendars is necessary.

Explaining the greenhouse investments in Russia, the Russian deputy minister said that the country has invested more than $3 billion over the last 10 years in greenhouse development.

Highlighting that greenhouse cultivation is expensive due to the climate conditions in Russia, Gromyko said, "We are working to protect our producers as much as possible. Our country's fruit and vegetable imports hover around $1 billion per year," he said, emphasizing that Russia is ready to cooperate with Turkish partners. "The essential issue in these imports is to ensure food safety, in other words, it is necessary to monitor and ascertain whether the products in the supply chain, from production to customer-delivery, are healthy," he noted.

On a question of whether the production in Russia meets the need for tomatoes, Gromyko said, "We import tomatoes; 100,000 tons of domestic production have been added to the current production. Our imports will continue. We have 460,000 tons of imports in Russia, and our own production."

Gromyko also stated that they import tomatoes from different countries, mainly from Morocco, Azerbaijan and China.

Deputy Minister of Food, Agriculture and Livestock Mehmet Daniş expressed Turkey's expectation that the Russian government will introduce an amendment on the decree that bans tomato imports from Turkey and facilitates the imports.

Speaking at the signing ceremony, Daniş noted that special meetings on poultry, meat, tomato, eggplant and pomegranate exports were held.

Emphasizing that both countries should commit to reciprocal requests and that they dealt with some problems, he expressed his hope for the quick removal of the ban on imports.

In early June, Russian Prime Minister Dmitry Medvedev signed a decree lifting the ban on certain agricultural produce and Turkish companies involved in construction, engineering and tourism. The resolution removed frozen chicken and other poultry byproducts as well as cucumbers, gherkins and fresh fruits from the list of blocked products.

In August, Russia's Agriculture Minister Alexander Tkachev also noted that Russia is not ready to import tomatoes from Turkey and does not plan to take such a step either. Yet later, it was also announced that Russia may allow tomato imports from Turkey at certain periods, like in winter when the product is not grown by its own producers, and it will additionally import other products such as tomato paste from Turkey.

During the period of January-July, Turkey's tomato exports to Russia reached $198.3 million, up from last year's $159 million. Moreover, last year, the amount of "symbol vegetable" exports was recorded at 322,000 tons, and it reached 353,000 tons this year during the first seven months.