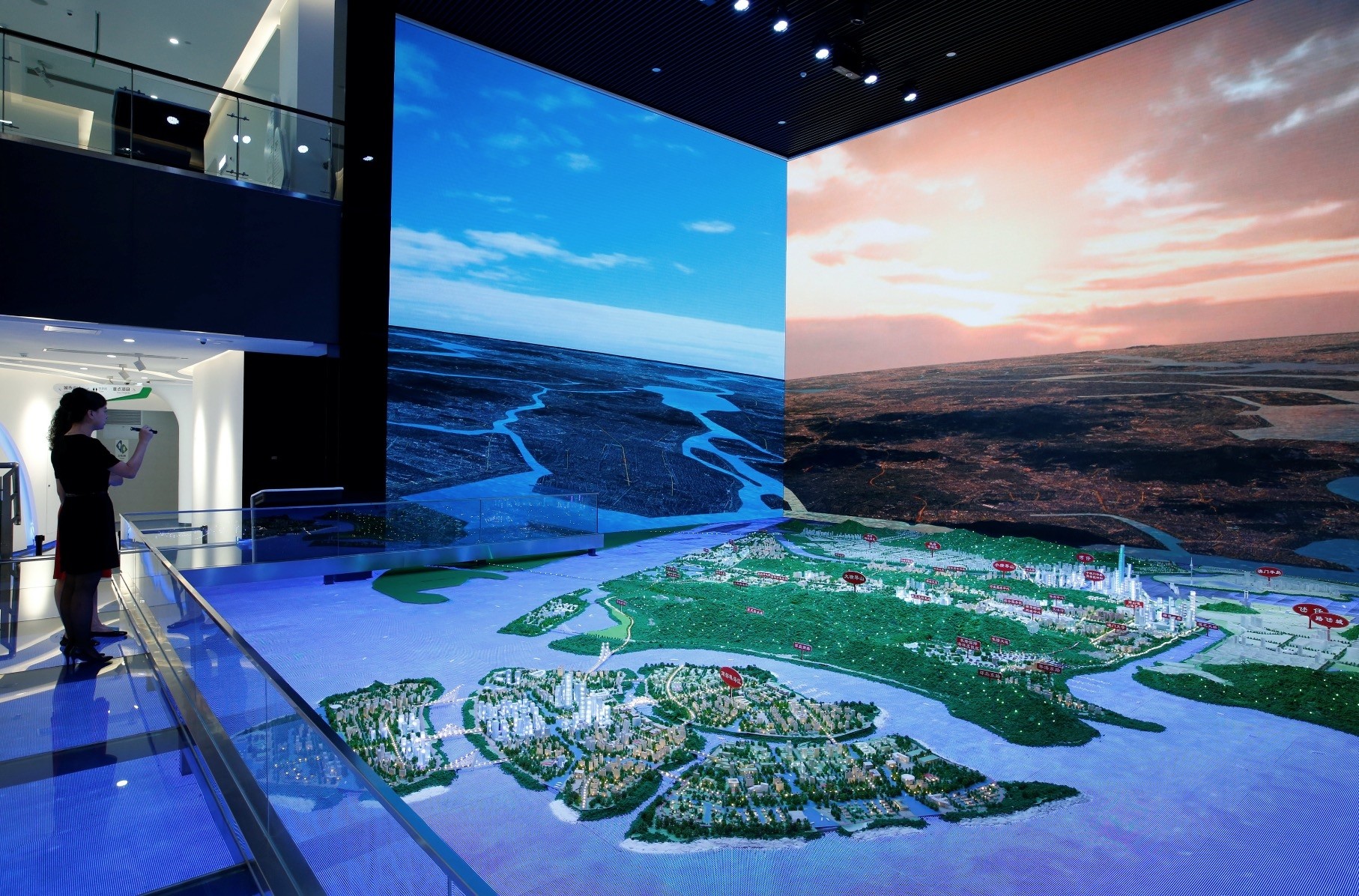 A layout of Hengqin under development is displayed inside a government showroom at Hengqin Island adjacent to Macau.
by reuters
Sep 18, 2017 12:00 am

Just a stone's throw across a narrow waterway from the world's largest gambling hub Macau, a former oyster farming island is being transformed into China's newest tourism haven. Dubbed by some as China's answer to Florida's Orlando - a global tourist magnet with its cluster of major theme parks - Hengqin has seen property prices more than double over the past two years. While still a dusty mass of construction sites, Hengqin now draws millions annually to its anchor attraction, the "Chimelong Ocean Kingdom" theme park, with a slew of hotel, malls and sprawling residential developments being built nearby. Spanish soccer club, Real Madrid, announced last week they would open an interactive "virtual reality" complex in Hengqin, in partnership with Hong Kong-listed developer, Lai Sun Group . The 12,000-square metre venue, set to open in 2021, will include virtual reality entertainment and a museum showcasing the club's history.

The transformation of Hengqin, which is three times as large as Macau, is part of Beijing's efforts to bolster links between Hong Kong, Macau and nine cities in the Pearl River Delta region, or so-called "Greater Bay Area", modelled after other dynamic global bay areas such as Tokyo and San Francisco.

"Hengqin will be the Orlando of China. Macau is Las Vegas (and) Hong Kong is New York," said Larry Leung, an executive with Lai Sun that is helping build the Real Madrid complex at its "Novotown" project in Hengqin. "Within an hour you can have them all."

Novotown's entertainment mix will also feature China's first Lionsgate movie world with theme rides from blockbuster films such as the Hunger Games and Twilight, as well as a National Geographic educational center. And high-end hotel chains and luxury yacht makers are building more hotels and a marina on Hengqin.

Chinese officials see Hengqin helping Macau diversify away from casinos to a more wholesome tourism industry. More than 80 percent of Macau's public revenues come from the gambling sector. Businesses in Macau have been encouraged to invest in Hengqin with the government providing cheaper rent and tax subsidies. Galaxy Entertainment, Shun Tak and Macau Legend have also earmarked developments for Hengqin. Realtors expect property prices to keep rising once a sea bridge linking Hong Kong, and a high speed rail station are completed. Hoffman Ma, deputy chairman of Success Universe Group, which operates the Ponte 16 casino in Macau, said Hengqin could take some convention and exhibition business away from the former Portuguese colony.

"It doesn't make sense for Macau to do that, due to a consistent labour shortage," he said.Wang Lian, from Wuhan in central China, brought his daughter to watch whale sharks and polar bears at Chimelong Ocean Kingdom recently. Industry reports show 8.5 million people visited China's top theme park last year, more than Hong Kong Disneyland's 6.1 million, and almost a third of the 28 million people who visited Macau last year.

"China's population is so big they need something like this nearby ...