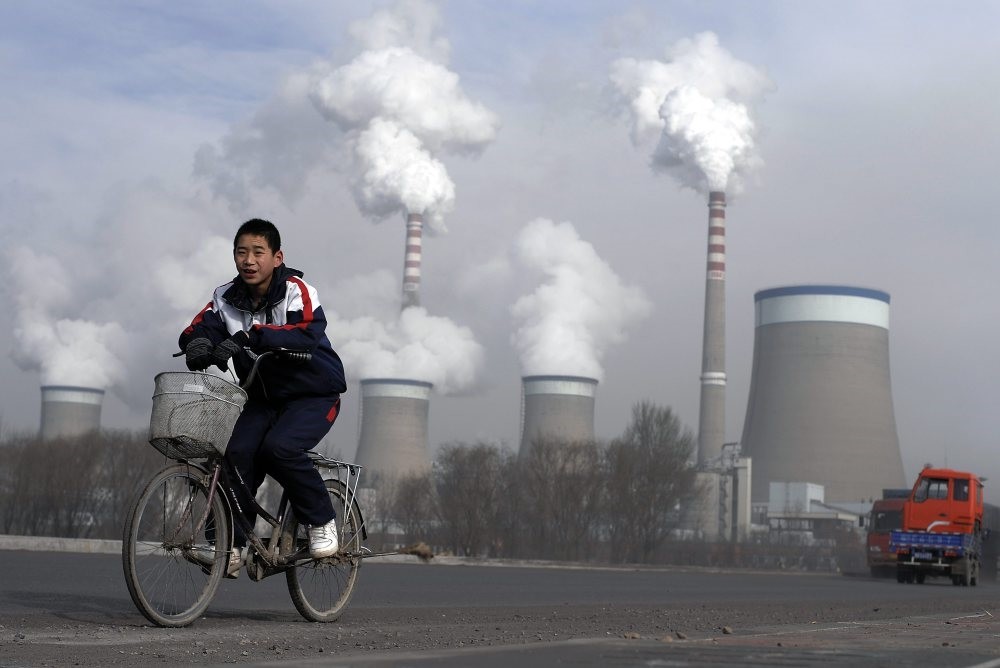 China is forcing steel mills and other factories to shut up to 50 percent of capacity across the north to try and prevent toxic air during the winter.
by Sep 23, 2017 12:00 am

Thousands of factories in China, making everything from steel to chemicals, are scrambling for access to the country's clogged rail network as Beijing curbs the use of diesel trucks in an effort to tackle air pollution

Chinese companies are preparing for a grim winter, having been ordered to slash output as part of measures to clean up the air in Chinese cities. Now, many are struggling to get space on the rail network. The Ministry of Environmental Protection (MEP) last month gave tens of thousands of companies in 28 cities until Nov. 1 to halve their use of diesel trucks over the winter months, when pollution is at its worst. The ministry, in a policy document, also set more stringent, permanent targets for more than 20 power and steel companies, including Zhengzhou Xinli Power, Xingtai Iron & Steel and Hebei Risun Coke, directing them to send at least half their shipments by rail. Trucking is a cheaper and preferred mode of transport for heavy industry in China, especially for inland companies moving goods over relatively short distances and those far from railways. Some provinces have taken even tougher stances on trucks. In Hebei and central Henan, some steel producers must deliver as much as 90 percent of their products via rail on a permanent basis, up from around 50 to 60 percent currently. The moves are the latest in Beijing's years-long battle to tackle the pollution that blankets the north as houses turn up the heat between November and March, drawing on the nation's power plants, which are mainly fueled with coal. China is also forcing steel mills and other factories to shut up to 50 percent of capacity across the north to try and prevent toxic air during the winter.

The truck restrictions follow bans earlier this year on transporting coal by diesel trucks in major port cities. A shift to using more of the country's 120,000 km of railroads, one of the world's largest networks, is also a cornerstone of Beijing's Belt and Road initiative, which aims to revive old trade routes linking Chinese companies with overseas markets. The scale of the change underway is immense. Highways accounted for 77 percent of more than 43 billion tons of freight transported last year, compared with 8 percent for rail.

"It's another indication of how seriously they're taking the environmental impact, although it's a blunt way of doing it and some trips won't make sense by rail," said Jonathan Beard, head of transportation and logistics in Asia for Arcadis, a design and consultancy company.

Major state-owned companies like Sinopec and Aluminium Corp of China have long-term access to the railroad, leaving little room for smaller companies. Many of the factories are also hundreds of miles away from any station. There are also concerns that bottlenecks could create chaos, cutting off supplies of critical raw materials and hurting the ability of companies to get products to market, executives interviewed by Reuters said. Rail is also more expensive and takes longer for some routes. An executive from Xingtai Iron & Steel estimated that using rail will add as much as 40 yuan per ton, or 10 percent, to his costs.

"We might resort to reducing production in the winter if we cannot get enough supplies and have difficulties sending our products due to the railway Armageddon," said a manager with Yanzhou Coal Mining Co's coke plant in Shandong province, which produces two million tons per year.

In Shandong, the nation's eastern industrial and agricultural heartland, the rail bureau proposed hiking freight rates by 1 cent per ton per kilometre at an internal meeting with key clients two weeks ago, according to the Yanzhou Coal manager. That is equivalent to an almost 10 percent increase to move products to Jiangsu, about 100 miles to the south. Rail traffic has increased this year due to increased shipments of coal. Rail is the most popular mode of transport for coal, which accounted for a third of traffic last year. Many are bewildered by the enormity of the undertaking ahead. A manager with Longyu Chemical Co. in central Henan province said he had no access to rail.

"I honestly have no idea how we are going to deal with it this winter," he said. The trucking freight rate is also rising because of the crackdown on diesel trucks."