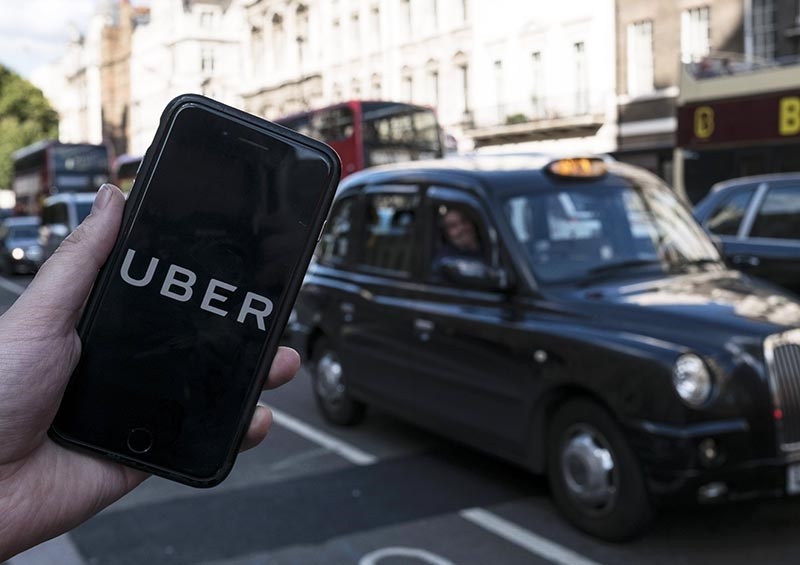 Half a million people have signed an online petition in under 24 hours backing Uber's bid to stay on the roads of London, showing the company is turning to its tried-and-tested tactic of asking customers for help when it locks horns with regulators.

London's transport authorities stunned the powerful U.S. startup Friday when they deemed Uber unfit to run a taxi service for safety reasons and stripped it of its license from Sept. 30, although it can operate while it appeals.

The regulator cited failures to report serious criminal offenses, conduct sufficient background checks on drivers and other safety issues, threatening the U.S. firm's presence in one of the world's wealthiest cities.

Uber immediately urged users in London to sign a petition that said the city authorities had "caved in to a small number of people who want to restrict consumer choice."

By 1400 GMT Saturday, nearly 540,000 people had signed although it was not clear how many of them were in London.

Uber counted 3.5 million active users in London in the past three months. Even if many tourists are probably included in the total, the figure represents a potential political force of commuters who face long journeys between their home and offices and who use Uber as a cheaper alternative to other taxi firms.

Turning to users for help is one of the first steps in Uber's playbook. In Jakarta, Budapest, Toronto and Portland it asked riders to sign petitions and built online tools to contact lawmakers to show their support.

Regulators have at least partly relented in Portland, Toronto and Jakarta, but Budapest remains a work in progress.

Uber now faces a showdown with London's Mayor Sadiq Khan, who this month said he wouldn't let his teenage daughters use cabs like Uber on their own over fears for their safety.

Khan, a leading figure in Britain's opposition Labor Party, said Saturday he had sympathy with Uber drivers and customers.

"But their anger really should be directed at Uber," Khan said in a statement. "They have let down their drivers and customers by failing, in the view of TfL, to act as a fit and proper operator."

But he also suggested that Uber might eventually be allowed to continue operating in London.

"I want to be absolutely clear that there is a place in London for all private hire companies that play by the rules," Khan said. "I suspect it will take some time before this situation with Uber fully plays out."

As mayor, Khan is chairman of Transport for London, the regulator which stripped Uber of its license.

London's decision is the first major challenge for new Uber Chief Executive Dara Khosrowshahi, who took over from co-founder and ex-CEO Travis Kalanick. He was forced out after internal and external investigations into sexual harassment complaints, the thwarting of government inquiries and potential bribery.

So far, Khosrowshahi has adopted a softer tone to the crisis in London than his predecessor did in similar situations.

"Dear London: we (are) far from perfect" Khosrowshahi tweeted Friday. But he noted that 40,000 drivers and millions of riders were dependent on the service. "Please work with us to make things right."

Khosrowshahi appeared to be following earlier game plans, said Bradley Tusk, an Uber investor who advised on policy in New York City for the company.

"A lot of people rely on it, so there's going to be a lot of fertile ground to mobilize," Tusk said. "If real people are angry, it's a lot harder for regulators."

But while Uber has been ready to make campaigns personal in the past, Khosrowshahi may take a more moderate tone.

During a standoff in New York City in 2015, Uber named a mock feature on its app after the city's mayor, Bill de Blasio, and used it to warn that a regulatory proposal he backed could increase waits for rides.

Kalanick issued tweets criticizing opponents, including an all-capitalized message saying "WATCH THIS!" which linked to a video that suggested the mayor was obstructing social progress.

"They have a lot more scrutiny on them now," said Reed Galen, a political consultant who worked with Uber on a campaign in Austin. "Going with the old idea of punching the local leader in the nose that strategy doesn't work when you've had the issues Uber has had."

In an internal email seen by Reuters, Khosrowshahi said there was a "high cost" to having a bad reputation. He described it as "critical" that employees "act with integrity in everything we do, and learn how to be a better partner to every city we operate in."