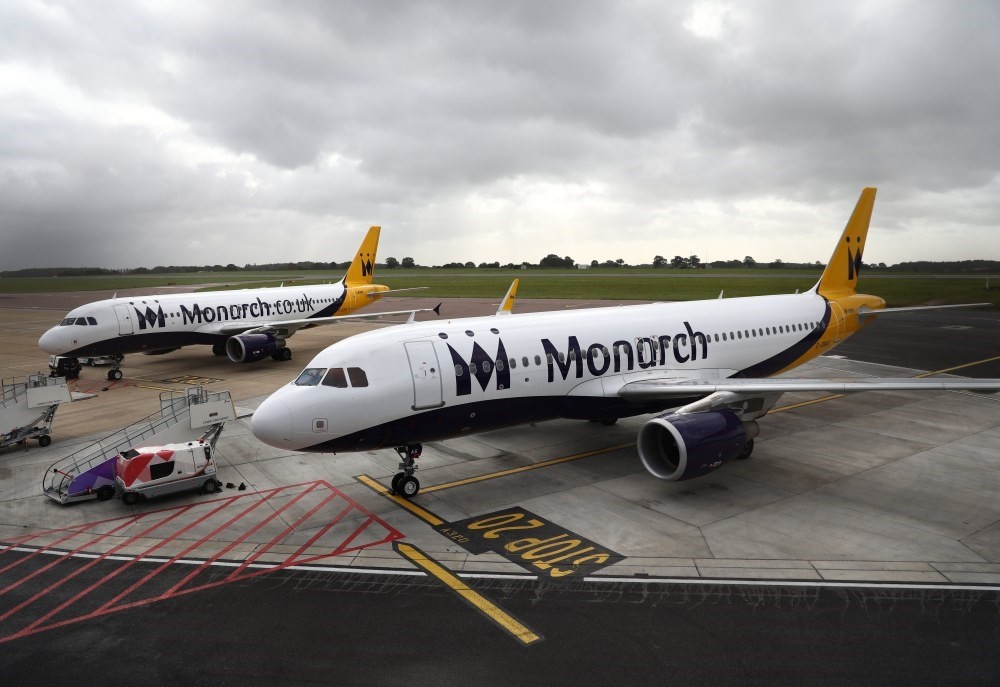 Monarch Airlines went into administration, cancelling flights and holidays as the British government worked to bring home as many as 110,000 passengers, in what is the largest collapse to hit a British airline

Monarch Airlines ceased trading Monday, triggering a move by the British government to bring home 110,000 customers stranded abroad.The British airline and its holiday business entered administration, with KPMG appointed to oversee the financial chaos. The U.K.'s Civil Aviation Authority (CAA) described the situation as "the biggest ever U.K. airline failure," adding that "all future holidays and flights provided by these companies have been cancelled and are no longer operating."

It added in a statement that, "The government has asked the CAA to support Monarch customers currently abroad to get back to the U.K. at the end of their holiday at no extra cost to them." The government meanwhile said it was overseeing what it said was the biggest repatriation since the end of World War II.

"This is a hugely distressing situation for British holidaymakers abroad, and my first priority is to help them get back to the U.K.," Transport Secretary Chris Grayling said in a statement. "That is why I have immediately ordered the country's biggest ever peacetime repatriation to fly about 110,000 passengers who would otherwise have been left stranded abroad."

He added, "This is an unprecedented response to an unprecedented situation."The affected parties used social media to get their messages across, mirroring the situation a week ago when Ryanair cancelled thousands of flights as it battles to overcome a shortage of pilots.

"Monarch customers in the U.K.: Don't go to the airport. There will be no more Monarch flights," the budget carrier said on Twitter. Meanwhile customer Holly-Rae Copeland tweeted, "Just when you think you've avoided Ryanair's flight cancellations, #monarchairlines go into administration on the day of your flight."

KPMG partner and joint administrator, Blair Nimmo, said, "Mounting cost pressures and increasingly competitive market conditions in the European short-haul market have contributed to the Monarch Group experiencing a sustained period of trading losses." Consequently, more than 2,000 Monarch workers now risk losing their jobs. The airline had been struggling financially for a while and won a cash injection a year ago that allowed it to continue flying vacationers and funding growth plans, as the sector faced turbulence from Brexit and terrorism.

Majority shareholder Greybull Capital had pumped another 165 million pounds ($220 million) into Monarch in October 2016 to allow the company to retain its license to carry on selling package holidays. But the CAA has now decided against renewing the airline's licenses following their expirations at the end of September. Extension of the group's membership in the Air Travel Organiser's Licence (ATOL) - a scheme funded by the sector that compensates travelers in the case of a company collapse - had been on the condition of fresh funding.

Meanwhile, Monarch, based at Luton airport north of London, had been due to receive the first of 30 Boeing 737 MAX-8 aircraft in 2018.