EU continues to hammer US giants with fines, orders Amazon to pay $295M in back taxes 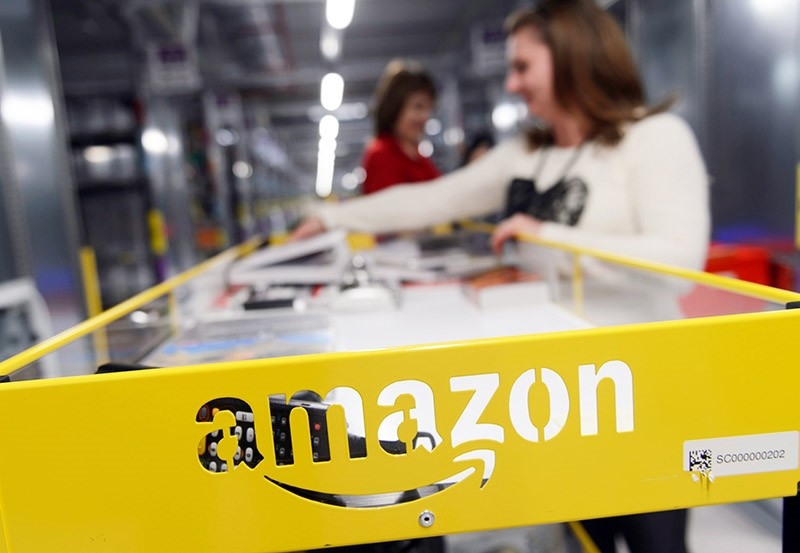 Amazon has to pay $295 million in back taxes to Luxembourg, the European Union ordered Wednesday, in its latest attempt to tighten the screws on multinationals it says are avoiding taxes through sweetheart deals with individual EU states.

Margrethe Vestager, the EU official in charge of antitrust issues, also took Ireland to court for failing to collect a massive 13 billion euros ($15.3 billion) in back taxes from Apple Inc.

She argued that, like in Amazon's case, the company had profited from a deal with the country that had allowed it to avoid paying most of the taxes the EU felt were due.

The EU has taken aim at such past deals, which EU states had used to lure foreign companies in search of a place to establish their EU headquarters. The practice led to EU states competing with each other and multinationals playing them off one another.

EU states are now trying to harmonize their tax rules, but Wednesday's and previous rulings seek to redress years of tax avoidance.

Vestager said that U.S. online retailer Amazon had unfairly profited from special low tax conditions since 2003 in tiny Luxembourg, where its European headquarters are based.

Vestager insisted she was not specifically targeting U.S. companies with her cases.

"This is about competition in Europe, no matter your flag, no matter your ownership," she said, adding she had specifically investigated the allegations of bias in the EU Commission and had found none.

Amazon said in a statement it believed it "did not receive any special treatment from Luxembourg and that we paid tax in full accordance with both Luxembourg and international tax law." It said it would consider appealing.

EU states like Luxembourg and Ireland that have deals with such multinationals are often in difficult positions — not wanting to scare away the multinationals by hiking their tax bills but also wanting to fall in line with the EU's efforts to create an even playing field.

Luxembourg said it might appeal Wednesday's ruling, but stressed it is "strongly committed to tax transparency and the fight against harmful tax avoidance."

The investigation was made particularly awkward by the fact that the current European Commission President, Jean-Claude Juncker, was Luxembourg's prime and finance minister at the time the tax system for Amazon was set up.

"We try to investigate behavior from member states. It is not a criminal investigation trying to incriminate different persons in the positions that they hold," Vestager said.

Vestager said that as a result of Luxembourg's tax deal, "almost three quarters of Amazon's profits were not taxed."

"In other words, Amazon was allowed to pay four times less tax than other local companies subject to the same national tax rules," she said.

The issue was not so much that the companies got tax breaks but that they were available only to them, Vestager said. "Member states cannot give selective tax benefits to multinational groups that are not available to others."

Vestager had already ordered Ireland to claw back up to 13 billion euros from Apple last year, but said Wednesday that Ireland hadn't recovered any money so far.

Ireland, which is appealing last year's decision, reacted angrily, saying it "is extremely disappointing that the Commission has taken action at this time."

It said it was busy working on the complex deal and had already made "significant progress."