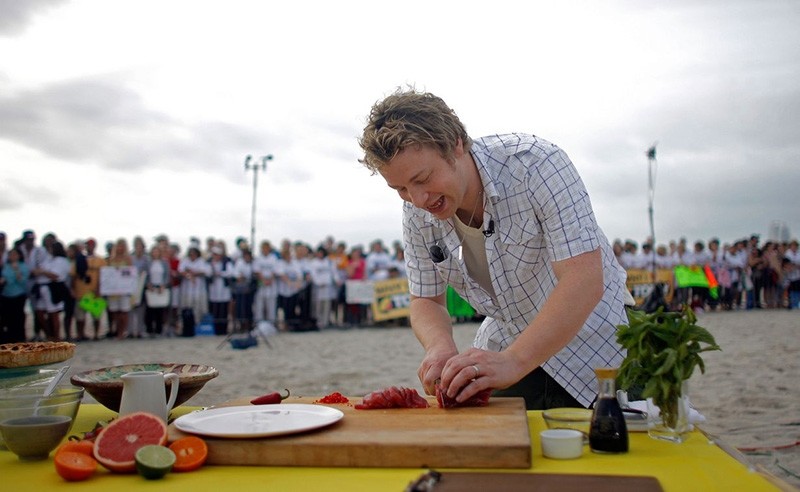 The restaurant of the British celebrity chef Jamie Oliver at Istanbul's Zorlu Center has gone bankrupt, closing down at the end of September.

Oliver opened the 32nd of his "Jamie's Italian" restaurants in Istanbul at the beginning of 2013, but by the end of the same year the restaurant began to face financial difficulties.

The company's lawyer asked for a suspension of bankruptcy on Dec. 24, 2014, stating that the company had accrued debt based on poor financial results.

Among the partners of the "Jamie's Italian" Istanbul branch are Tourism Restaurant Investors Association (TÜRYİD) head Kaya Demirer and Nihat Yıldırım, the brother of popular Turkish singer Sezen Aksu.Demirer declined to comment on the bankruptcy, as the court's ruling has been appealed.

There are currently around 40 "Jamie's Italian" restaurants around the world. The 42-year-old celebrity chef was awarded an "Member of the Order of the British Empire" (MBE) in the Queen's Birthday Honors in 2013 for outstanding achievement or service to the community.

Oliver is also known for his food-focused television shows, cookbooks and more recently his global campaign for better food education.

His first job was a pastry chef at Antonio Carluccio's Neal's Yard restaurant, where he first gained experience with preparing Italian cuisine.

It was there that he was noticed by the BBC in 1997. In 1999 his BBC show The Naked Chef debuted, and his cookbook became bestseller in the UK.