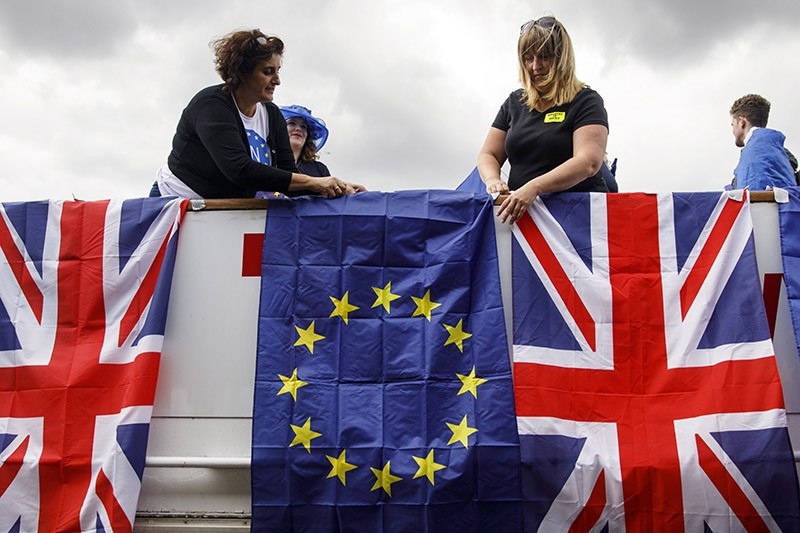 Britain and the European Commission formally told other members of the World Trade Organization on Wednesday how they plan to split up the European Union's WTO-agreed tariff quotas and farm subsidies after Brexit.

On paper, the task of establishing the terms for Britain's independent membership of the WTO is one of the simplest parts of the Brexit divorce. But navigating the minefield of agricultural trade is tricky in practice.

"Our agreed collaborative approach shows real progress on how the UK government intends to take forward our future trading arrangements with the world," British International Trade Secretary Liam Fox said in a statement.

The intention to "apportion" the EU's existing agricultural quota commitments based on trade flows had already been leaked to other WTO members, seven of whom fired a pre-emptive warning shot in their own letter last week.

Without unanimous approval of Britain's new membership terms at the 164-member WTO, any country could launch a lengthy trade dispute if they feel their trading interests have been damaged.

Agricultural exporters to the EU argue that Britain should duplicate the low-tariff quotas offered by the EU so Brexit does not undermine the trade flexibility they currently enjoy.

But a source familiar with trade negotiations in New Zealand saw very tough discussions ahead.

"All that the EU and the UK have done now is open themselves up to a world of pain. But really this is going to be very serious for them," said the source, who spoke on condition of anonymity.

New Zealand wants to preserve its lamb exports to Britain while keeping its right to divert those shipments to elsewhere in the EU.

The source said Wellington had been telling London and Brussels that the issue was complicated ever since Britain's June 2016 referendum.

"So they've done exactly what we said would be a problem. And what I thought was very remarkable was the way in which both the EU and the UK presented it as some sort of triumphant breakthrough in their process. Now, good news for them that they can work together on something, that's great. But as a breakthrough, forget it."

As well as facing resistance from existing suppliers to the EU such as the United States, Brazil and Australia, the "apportionment" plan could open Britain and the EU up to demands from more recent WTO joiners such as Russia and China, who will also want a slice of the market, the New Zealand source said.