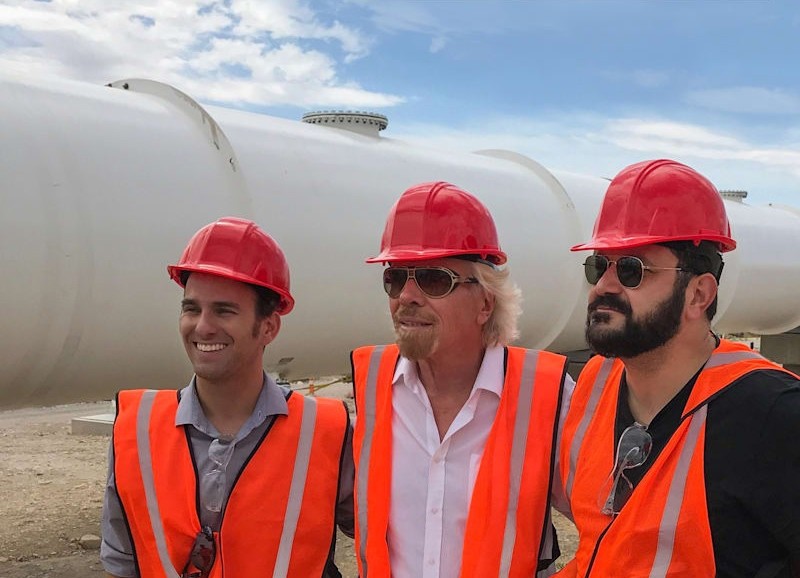 Virgin Group has made a significant investment in Hyperloop One, a company developing a near-supersonic rail transit system, Virgin announced Thursday.

Founder of the Virgin Group Richard Branson, who called Hyperloop One "the world's most revolutionary train service," joined the company's board of directors.

"Ever since our creation, Virgin has been known for disruption and investing in innovative companies. From our airlines to our trains to our spaceline, we have long been passionate about innovation in transport too, especially the development of technology that could transform people's lives. This is just the latest example," Branson said in a statement.

The British investor added that he was delighted to partner with the co-founders, Executive Chairman Shervin Pishevar and President of Engineering Josh Giegel, who previously worked at Virgin Galactic.

In an interview with CNBC, Branson said that commercial Hyperloop could be launched in two to four years, if "governments move quickly."

Virgin's investment prompted rebranding of the company, which is now called 'Virgin Hyperloop One.'

Hyperloop One announced the first successful full-systems test in July. The test took place in May at the company's development track in the Nevada desert near Las Vegas, and involved a vehicle coasting above tracks for slightly more than five seconds using magnetic levitation, according to the startup.

The test vehicle accelerated to a speed of 70 miles (112 kilometers) per hour during the test. The company's next goal is to ramp the speed to 250 mph (400 kph), Hyperloop One said in a release.