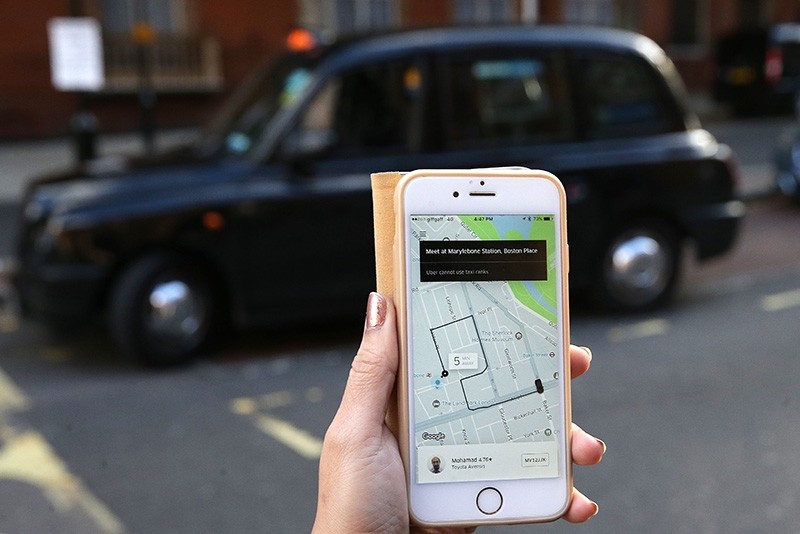 This file photo taken on September 22, 2017 shows a woman posing whilst holding a smartphone showing the App for ride-sharing cab service Uber, near to a black London taxi cab in London. (AFP Photo)
by Associated Press Oct 13, 2017 12:00 am

Uber has appealed the decision to deny it a new operating license in London.

The ride-hailing app had until Friday to file an appeal, which will allow it to continue operating while the case is heard. It said in a statement it was hoping to "continue having constructive discussions with Transport for London."

The authorities have a number of concerns about Uber, including its approach to reporting serious criminal offenses and its use of technology that allegedly helps it to evade law enforcement officials.