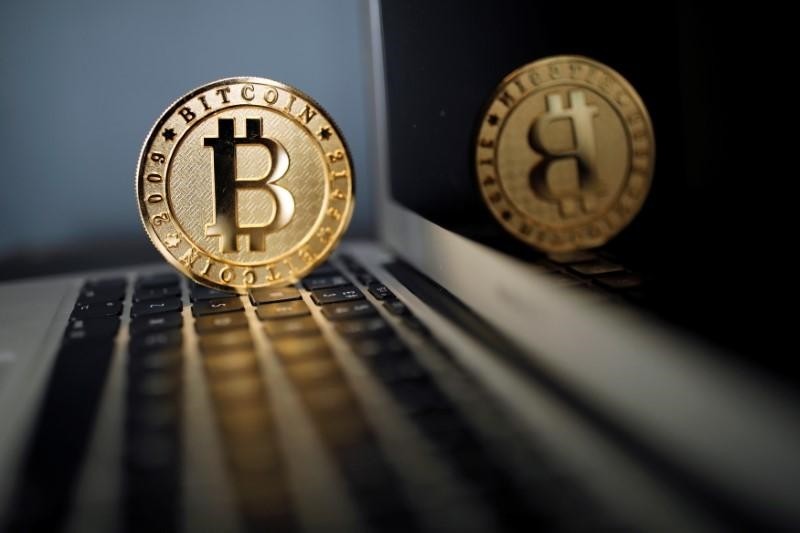 A Bitcoin (virtual currency) coin is seen in an illustration picture taken at La Maison du Bitcoin in Paris, France, June 23, 2017 (Reuters Photo)
by Daily Sabah with Agencies Nov 09, 2017 12:00 am

The phrase "buy bitcoin" has surpassed "buy gold" on Google search, according to statistics released by the search engine giant, as the global demand for gold fell to its lowest level in eight years.

The U.K.'s BullionVault says bitcoin has become another "headwind" for gold, Bloomberg reported Tuesday. It noted that the surge in popular cryptocurrency's attraction coincides with U.S. stock market's improved performance to reduce interest in gold.

The global demand for gold fell to its lowest level in eight years, the World Gold Council said Thursday.

Demand dropped 9 percent to 915 tons in the third quarter, the lowest since the third quarter of 2009, as jewelry buying fell and inflows into bullion-backed exchange traded funds (EFT) slowed sharply.

"With the U.S. stock market setting fresh all-time highs day after day, it's no surprise gold prices have retreated," Adrian Ash, research director at London-based BullionVault, said, according to Bloomberg.