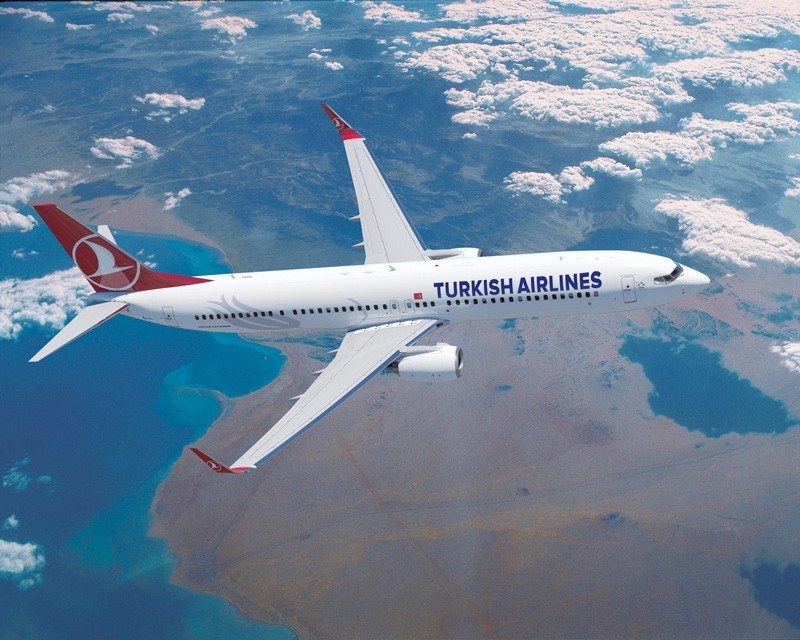 The total number of passengers carried by Turkish Airlines rose 7.5 percent between January and October, compared to the same period last year, the airline revealed Monday.

According to the flag carrier's statement sent to Turkey's Public Disclosure Platform (KAP), the airline carried over 57.8 million passengers in the first 10 months of the year.

The number of passengers carried on domestic and international flights increased 8.3 and 6.9 percent, respectively.

Over the same period, the airline's passenger load factor or seat occupancy increased by 4.5 percentage points to 79 percent.

In October, the airline carried 6.2 million passengers, indicating an annual rise of 12.7 percent.

The company said the increases in passengers carried last month in its Far East, Africa, Middle East, and domestic lines were 10.3, 10.1, 12.6, and 12.6 percent, respectively.

Turkish Airlines said the company flew to 300 destinations last month, up from 292 in the same month last year.

Last week national flag carrier Turkish Airlines (THY) has announced the highest third-quarter profit in its history, with a real operating profit of $939 million in the third quarter of this year.

THY is one of the most valuable brand ambassadors of Turkey, and flies to 300 destinations with 49 domestic and 251 international flights in 120 countries, including the routes opened this year such as Samara and Phuket.

The THY fleet, which is among the youngest in the world, today has a total of 329 aircraft, including 223 narrow-body, 90 wide-body and 16 cargo aircrafts.