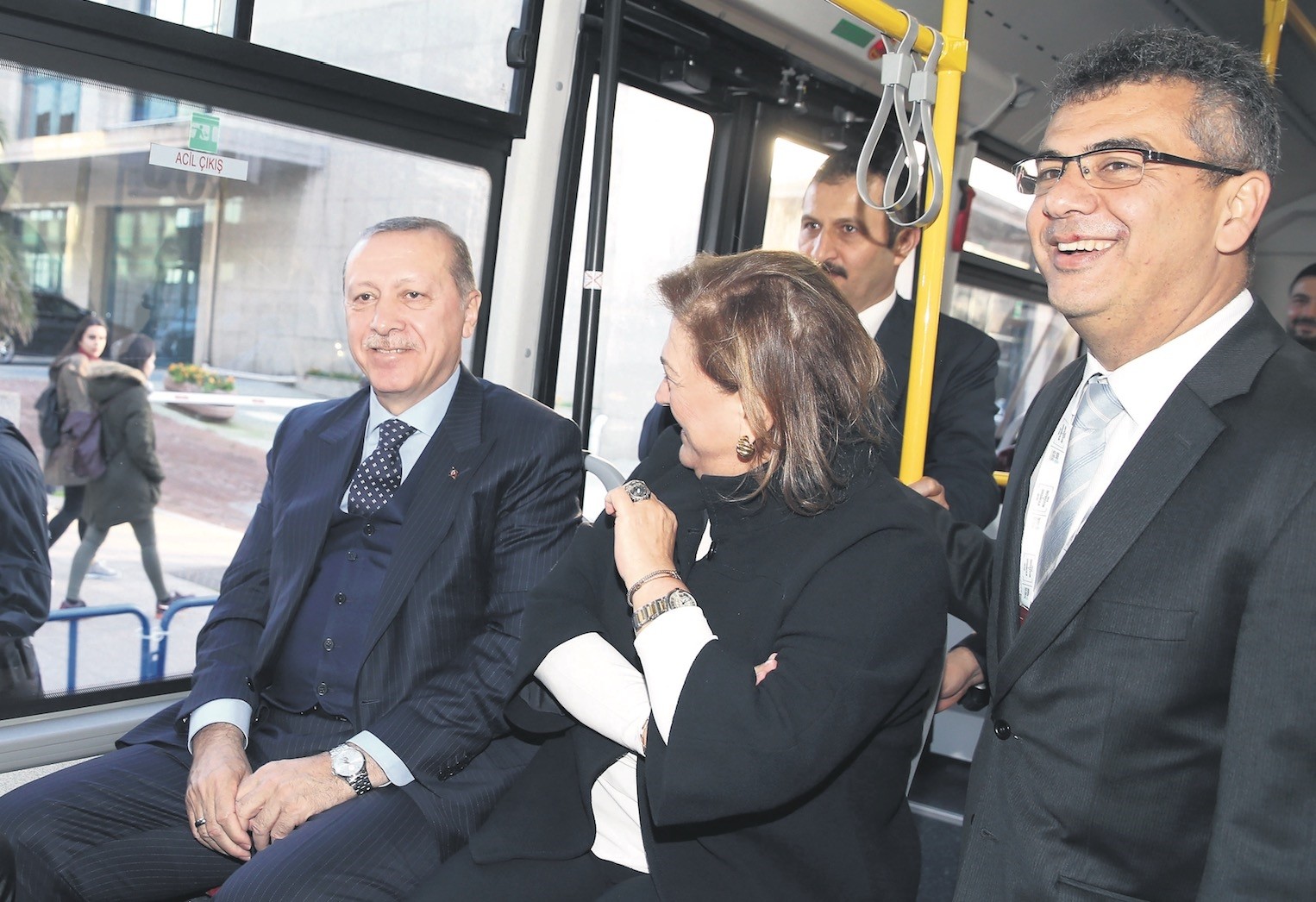 New enterprises that rely on innovation and R&D and attract venture capital are necessary for Turkey to accomplish its aim to reinforce its competitiveness across the world, President Erdoğan remarked at the annual Innovation and Entrepreneurship Week

On Saturday, Turkey closed another Innovation and Entrepreneurship Week organized by the Turkish Exporters' Assembly under the auspices of the Ministry of Economy. Delivering a speech at the closing ceremony, President Recep Tayyip Erdoğan underscored the necessity to develop new enterprises to increase Turkey's competitiveness in the global economy.

Organized in Istanbul in due consideration of the metropolis's global identity, the event is a good opportunity to make Istanbul an internationally recognized brand in entrepreneurship and unleash the potential for multibillion-dollar enterprises based in Turkey, the president said.

Erdoğan highlighted the necessity to develop enterprises that will reinforce Turkey's international competitiveness. "Therefore, innovation and incubation centers that are supported by the public and private sectors and universities are of great importance," he said and continued, "In order to accomplish our goals, we need to mobilize venture capital funds that make investments in innovative enterprises. It is a well-known fact that private equity funds collect a considerable amount from sovereign wealth funds, investment funds, family holdings and qualified investors."

The president informed that around 4,700 private equity funds operated across the world in 2008, but today the number exceeded 7,000.

These funds, Erdoğan noted, manage a $4 trillion resource, stressing that the sector will continue to grow within the next decade and reach $15 trillion.

"In order for us to grab a larger share from this giant market, we need promising entrepreneurs and accomplished fund managers," the president said.

Continuing to give detailed information about the global operation of venture capital funds, Erdoğan pointed out that only in the first half of 2017 the investment amount of these funds exceeded $13 billion. He expressed the necessity for large-scale Turkish companies to establish similar funds and support young entrepreneurs both financially and morally by way of experience sharing.

President Erdoğan also elaborated on the fabricated negative perceptions of the Turkish economy. "On the contrary to the constructed perceptions, Turkey continues to be an attractive investment with its great potential. Anyone who does business in Turkey knows very well that Turkey is fully integrated into the global economic system." He emphasized that the growing number of investors producing both for the domestic and foreign market and using local supply channels demonstrate a great platform for entrepreneurs through which they can sell their products, benefit from research and development (R&D) activities and establish partnerships.

After the ceremony at the Innovation and Entrepreneurship Week in Istanbul Congress Center (ICC) in Harbiye, the electric bus MD9 electriCITY developed by one of Sabancı Holding companies Temsa was presented to President Erdoğan by Sabancı Holding Chairperson of Board of Directors Güler Sabancı. President Erdoğan and his delegation test drove the electric bus, which set out from the ICC and finished the trip at Mabeyn Köşkü in Beşiktaş.

Receiving detailed information about the bus, the software and design of which was entirely developed by Turkish engineers, the president congratulated everyone partaking in the successful project. Temsa currently ranks fourth in the U.S. market and annually export around 12,000 buses.

Sabancı Holding Chairperson of Board of Directors Güler Sabancı stressed that Temsa is now a technology company that manufactures automotive rather than a technology-oriented automotive company.

"The companies that invest in high technology, innovation and R&D manage to make a difference and Temsa, which has intensified its technology investments make progress to become an international firm. Temsa buses, which are completely developed by Turkish engineers, are exported to four continents and 66 countries," Güler Sabancı said.

MD9 electriCITY developed by Temsa runs on renewable energy resource electricity instead of fossil and contributes to the decrease of noise pollution since it is silent. The electric bus completes its journey by charging electricity at stops and stations. The design, software, all components and dynamics of the vehicle belong to Temsa. One bus can accommodate 63 passengers.