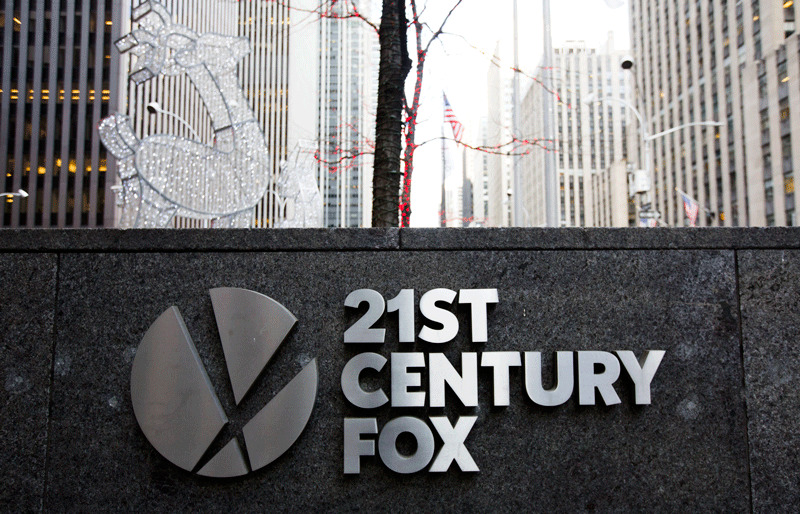 "Building on Disney's commitment to deliver the highest quality branded entertainment, the acquisition of these complementary assets would allow Disney to create more appealing content, build more direct relationships with consumers around the world and deliver a more compelling entertainment experience to consumers wherever and however they choose," the company said in a statement.

Under the terms of the all-stock deal, Disney acquires significant assets from Fox, including the studios that produce the blockbuster Marvel superhero pictures and the "Avatar" franchise, as well as hit TV shows such as "The Simpsons."

Fox shareholders will receive 0.2745 Disney shares for each share held. This translates to a value of $29.50 per share for the assets that Disney is buying, Reuters calculations based on Disney's Wednesday market closing price show.

Immediately prior to the acquisition, Fox will separate the Fox Broadcasting network and stations, Fox News Channel, Fox Business Network, FS1, FS2 and Big Ten Network into a newly listed company that will be spun off to its shareholders.

The deal ends more than half a century of expansion by Murdoch, 86, who turned a single Australian newspaper he inherited from his father at the age of 21 into one of the world's most important global news and film conglomerates.

Disney Chief Executive Bob Iger, 66, will extend his tenure through the end of 2021 to oversee the integration of the Fox businesses. He has already postponed his retirement from Disney three times, saying in March he was committed to leaving the company in July 2019.

Disney will also assume about $13.7 billion of Fox's net debt in the deal.

Through Fox's stake in the Hulu video streaming service, Disney will assume majority control of one of Netflix Inc's main competitors. Hulu is also partially owned by Comcast Corp and Time Warner Inc.

Shares in both Disney and Fox were up nearly 1 percent in premarket trading.