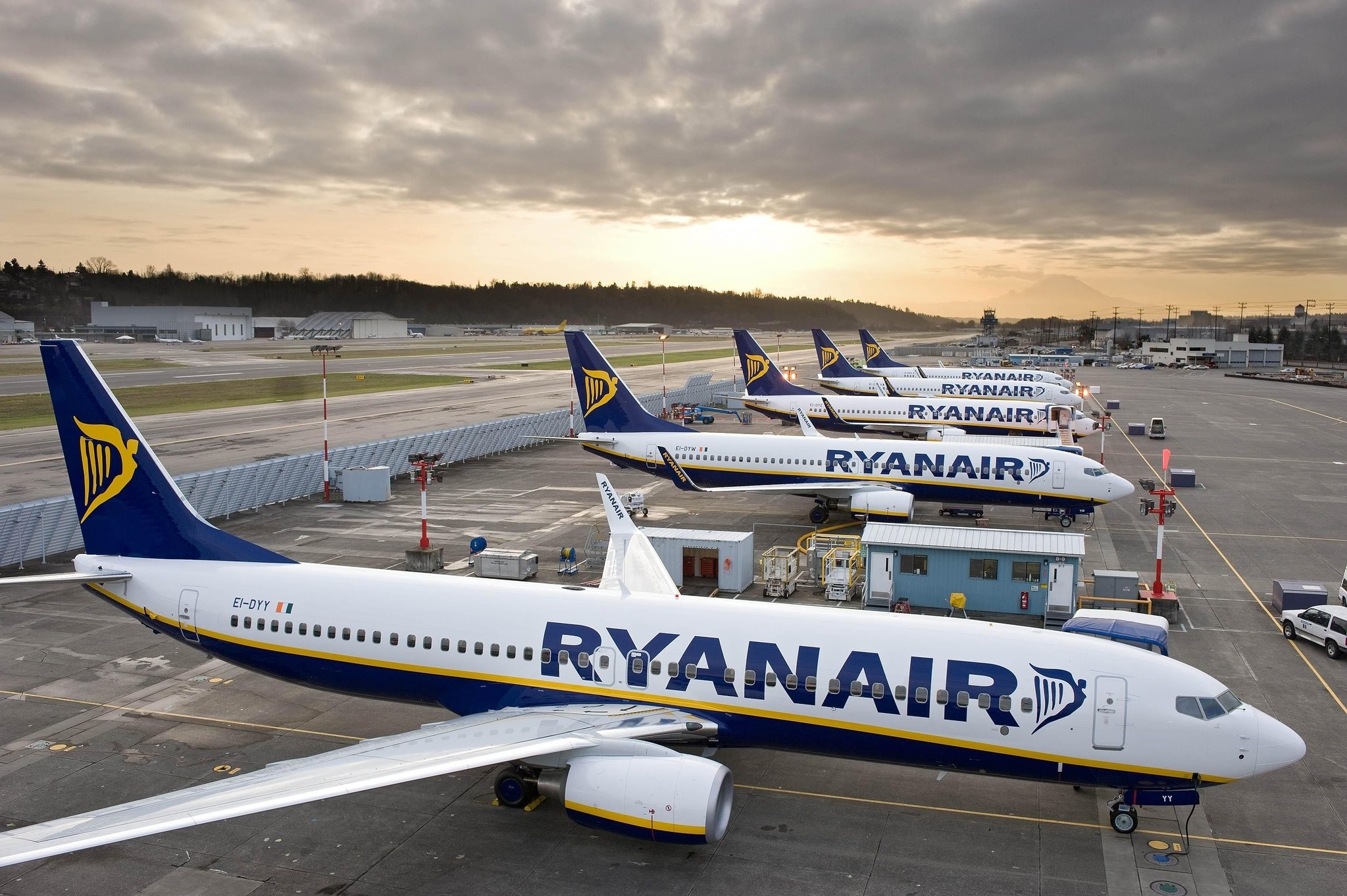 Strike action at embattled Ryanair intensified on Dec. 12, 2017, with German pilots the latest to plan possible walkouts over conditions, following similar moves by staff based around Europe. (AFP Photo)
by Compiled from Wire Services Dec 15, 2017 12:00 am

Budget carrier Ryanair on Friday announced that it would recognize pilot unions for the first time in its 32-year history in a bid to stop the first pilot strike in its history from taking place later in the day.

"Christmas flights are very important to our customers and we wish to remove any worry or concern that they may be disrupted by pilot industrial action," Chief Executive Michael O'Leary said in a statement announcing the conditional offer to pilot unions in Britain, Germany, Italy, Spain and Portugal.

O'Leary's refusal to recognize unions was at the heart of the ultra low-cost model he developed to turn a small Irish regional airline into Europe's largest carrier by passenger numbers.

"Recognizing unions will be a significant change for Ryanair, but we have delivered radical change before," O'Leary said. "We hope and expect that these structures can and will be agreed with our pilots early in the New Year."

Ryanair pilots in Ireland and Germany both voted to take industrial action over the holiday season in disputes over pay and conditions. Italian and Portuguese pilot unions also threatened strikes in the coming days.

Ryanair said its offer applied to pilots' bodies in those countries, as well as Britain and Spain. The airliner, which insisted earlier this week it would not deal with the unions, said its new offer was conditional on unions in the six countries setting up special committees to deal with issues related to the airline.

Ryanair pilots in Italy suspended a strike planned for Friday afternoon after the company's announcement.

The airline had come under intense criticism in Italy for a letter to employees threatening action against anyone who strikes.

The Fit-Cisl union threatened legal action in response, saying Ryanair's letter violated the Italian constitution, while the government asked the company for clarification of its intentions.

Economic Development Minister Carlo Calenda said on private TV La7 that Ryanair's move to recognize unions was not a concession: "It's the minimum, and not enough."

A spokesman for the Irish pilots' union, IMPACT, said it had received Ryanair's letter and was considering its contents.