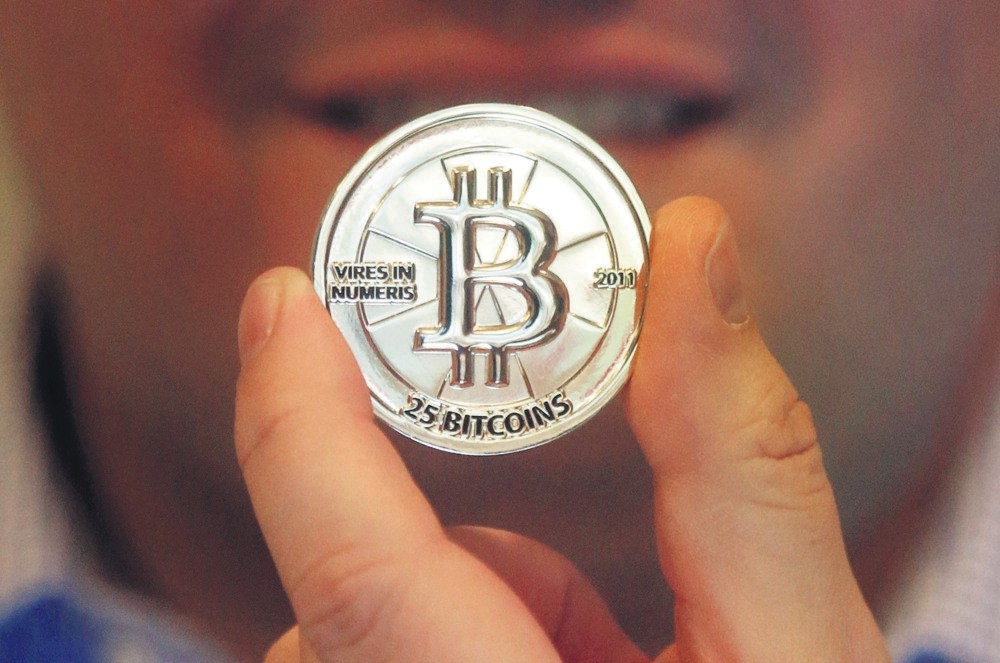 The shift toward cryptocurrencies in Venezuela is taking place as the price of bitcoin has climbed to a peak of more than $17,000 this month.
by Associated Press Dec 15, 2017 12:00 am

As Venezuela's national currency loses value at a catastrophic rate, thousands have begun turning to the world of cryptocurrency to salvage what little value remains from their worthless bolivars

In the last month, John Villar has bought two plane tickets to Colombia, purchased his wife's medication and paid the employees of his startup business in Venezuela -all in bitcoin. As Venezuela's national currency loses value at a catastrophic rate, thousands have begun turning to the world of cryptocurrency to salvage what little value remains from their increasingly worthless bolivars.

Both poor Venezuelan retirees and wealthy business leaders are converting their bolivars into bitcoins online and then using the digital currency to pay for everything from doctor appointments and honeymoons to motorcycles and artisanal beer. The transactions are relatively swift for anyone with a smartphone: Websites like LocalBitcoin and Colibit function as exchanges where Venezuelans can buy and sell bitcoins using a local bank account. The shift toward cryptocurrencies in Venezuela is taking place as the price of bitcoin has climbed to a peak of more than $17,000 this month. The digital currency debuted on a major U.S. exchange with its first futures contract Sunday. But while bitcoin is a speculative venture in developed nations, in Venezuela it has become a tool to keep families afloat, with some Venezuelans purchasing a small fraction of one coin to build their savings. The number of Venezuelans using cryptocurrencies remains unclear, but weekly bitcoin trading volume through one popular website has soared from about $225,000 earlier this year to nearly $2.1 million in the first week of December -this in a country where the monthly minimum wage fetches less than $2 on the black market. According to data website Coin Dance, that's far higher than the value of bitcoin transactions on the same website seen in more prosperous nations across the region, including Argentina, Brazil and Chile.

One of them is Jorge Ochoa, 34, who liquidated part of his bitcoin savings into dollars so that he could take his wife on a honeymoon to New York City. The flight toward cryptocurrencies in a nation where inflation in bolivar prices is projected to surpass 2,000 percent next year falls in line with what has happened in other countries stricken by war or economic collapse. Following the debt crisis in Greece, hyperinflation in Zimbabwe and unrest in Ukraine, rising numbers of distressed citizens utilized bitcoin.

In Venezuela, the so-called "crisis currency" is allowing desperate Venezuelans to make potentially life-saving purchases. Villar has been unable to find several of the medications needed to treat his wife's multiple sclerosis in Venezuela for the last two years, a story not uncommon in a country whose public health system has been crippled by shortages. Instead, he purchased them abroad with bitcoin and used courier services to deliver them to Venezuela.

"Bitcoin is already, for many in Venezuela, not about a business opportunity," he said.

Cryptocurrencies have become so fashionable that even President Nicolas Maduro has proposed a government-backed version called the petro, and members of his administration have met with Venezuelan bitcoin entrepreneurs to determine how it might work. Though few details have been released, many in the bitcoin world have responded skeptically to the idea, saying Venezuelans won't trust a digital currency issued by a government they have little faith in.