EU says UK will have no say during short Brexit transition 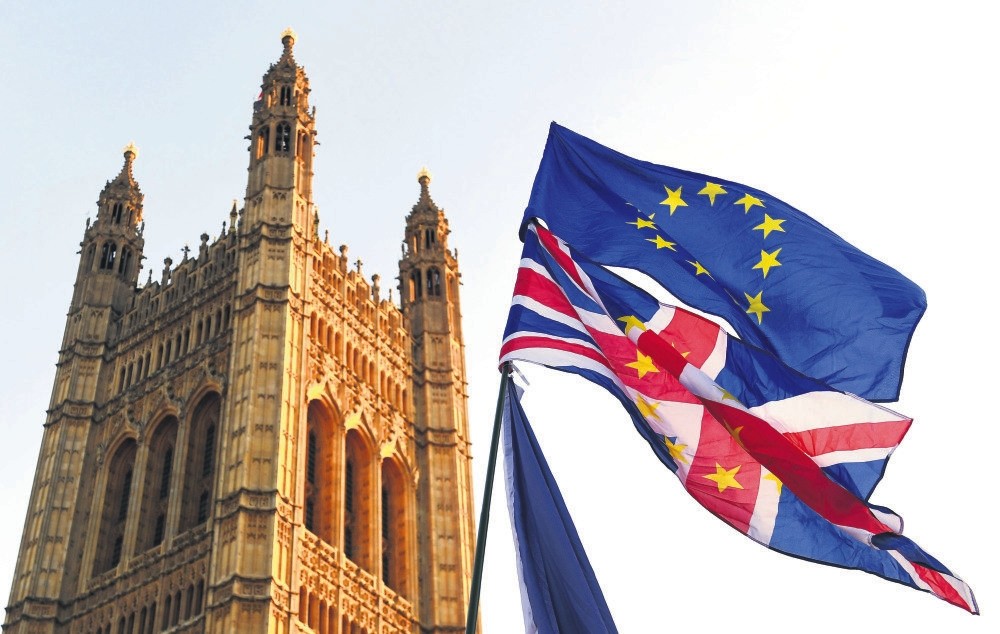 Set to be the first-ever country to leave the EU in late March 2019, Britain will have to obey all the bloc's laws during the transition and will have no say in its decision making

Britain will have less than two years to ease its way out of the European Union and must obey all the bloc's rules while having no say in its decision-making during that period, the EU's chief Brexit negotiator said Wednesday.

Britain officially leaves the EU at midnight on March 29, 2019, but negotiator Michel Barnier said its European partners would accept a transition period to help prepare for Brexit that should only last until the end of 2020.

The U.K. — the first-ever country to leave the EU — would be allowed to negotiate new trade arrangements with other nations during that time, but it would not be allowed to finalize any agreement until 2021. It must also apply common EU customs duties and perform all border checks required under the bloc's laws.

"There will be no transition a la carte. All the rules and policies of the EU must continue to be applied," Barnier told reporters in Brussels, as he unveiled the European Commission's terms of his negotiating guidelines for the second phase of Brexit talks. The talks will initially focus on the transition period and Britain will have a say on its terms.

On top of that, he said, "all new rules adopted by the EU during the transition will be applied to the United Kingdom," with the EU's highest court continuing to have authority. One of Britain's stated reasons for leaving the EU is to be free of the jurisdiction of that tribunal — the European Court of Justice.

As of March 30, Britain will lose its place at the European Council, where ministers represent EU nations, and its lawmakers will no longer sit in the European Parliament. Its judges will lose their places at EU courts. Some officials could be granted a kind of observer status on standing committees and expert groups, but they wouldn't have voting rights.

Indeed, far from freeing Britain from the EU at last — as British voters chose to do in June 2016 — the transition period appears to bind the country just as tightly to the continent while removing the influence it would have over European affairs.

Barnier was unveiling his new mandate just a few days after EU leaders agreed last week that enough progress had been made on divorce issues — Britain's financial settlement, the rights of citizens hit by Brexit and the status of the Ireland-Northern Ireland border — to expand the negotiations for talks on future relations, including trade.

He said future ties between the EU and Britain should focus on the economy — drawing up but not finalizing some kind of trade arrangement — aviation cooperation because Britain has left the EU's common airspace arrangements, justice cooperation and bilateral cooperation on defense, security and foreign policy.

He underlined that while Britain officially leaves in late March 2019, all this should be completed by fall.

"Time must be left from October 2018, a number of months — October to February — for the European Parliament, the (European) Council, the British authorities, the British Parliament, to decide about this agreement," he said.

Part of the challenge of fleshing out the nature of their future relations is that the Europeans say they have no real idea what May's government actually wants. EU leaders have expressed concern that without more details from London they could be obliged to define those ties based on what Britain doesn't want. That is, no place in the single market, or the customs union, or having to respect the primacy of the ECJ.

New Brexit talks are due to start in early January, but talks on future relations will require more negotiating guidelines for Barnier, and those are only expected to be endorsed by EU leaders in March.