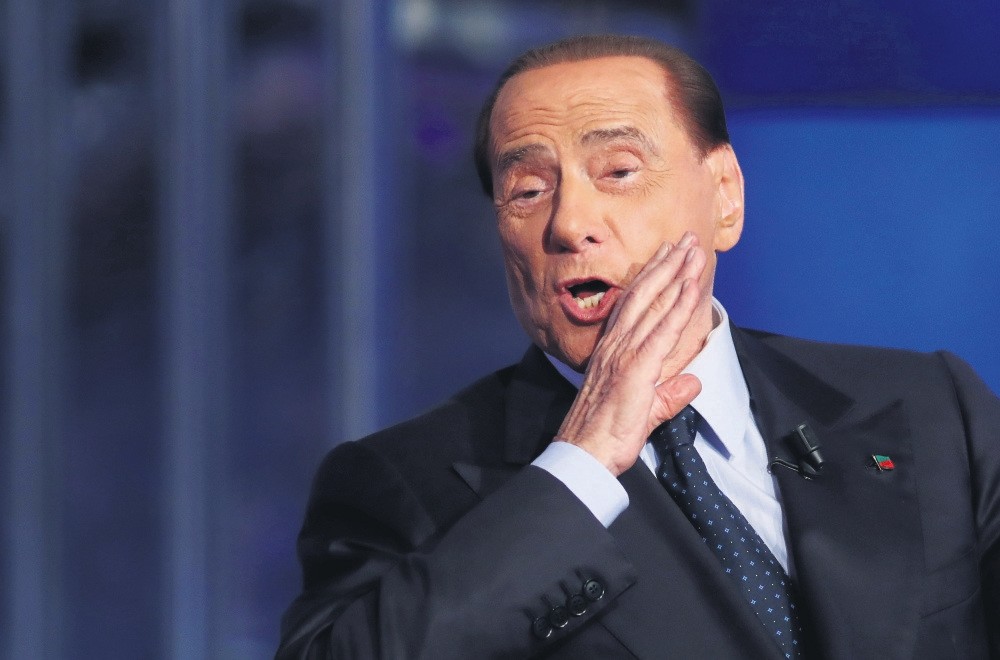 Silvio Berlusconi said yesterday that Italy must not leave the euro but his main coalition partner immediately disagreed, underlining policy differences in the center-right bloc which is expected to take most seats in an election in March.

Berlusconi said in a radio interview that leaving the single currency would hurt Italy's economy and added that his main ally, the eurosceptic Northern League, now shared his view.

But the League's economics spokesman Claudio Borghi shot back that if the center-right won the March 4 election it would immediately prepare for Italy to exit the euro, which many Italians blame for years of economic underperformance.

The conservative alliance, which also includes the far-right Brothers of Italy party, is projected to win most seats at the election but to fall short of an absolute majority.

In an interview with Radio Capital, the 81-year-old Berlusconi - whose Forza Italia (Go Italy!) party is the lynchpin of the coalition - said he spoke on behalf of the League's leader, Matteo Salvini, who has given mixed signals on the euro.

"Salvini is no longer of the idea that we should leave the euro," Berlusconi said. "He has understood that it would be technically impossible and unsustainable for our economy."

The League has softened its anti-euro rhetoric recently but Berlusconi, who has often in the past claimed to be speaking on behalf of others, may have been overstating the change of tone in an effort to reassure moderate voters.

Shortly afterwards Borghi gave a very different view of the League's position in a television interview.

"One second after the League is in government it will begin all possible preparations to arrive at our monetary sovereignty. It's a question of national security," he said.

Salvini himself last week pledged to rectify the "error" of the single currency, although the League now recognizes that euro exit cannot be achieved until international conditions change.

Despite Borghi's words, an exit from the euro did not feature among a list of vague policy priorities agreed by the center-right parties at a meeting on Sunday.

Berlusconi has called for Italy to operate with two currencies, keeping the euro for international trade and tourism while printing its old lira currency for domestic use.

The prospect that eurosceptic parties could try to pull Italy out of the single currency worries financial markets, although euro exit is not a prominent theme in the election campaign.

As the Northern League has scaled back its anti-euro rhetoric, the anti-establishment 5-Star Movement, currently Italy's most popular party, has also watered down a previous commitment to hold a referendum on the euro.

Its leader Luigi Di Maio now says such a referendum would only be a "last resort" if Italy were unable to change any of the euro zone's fiscal rules, and he said last month he was "confident it won't be necessary."