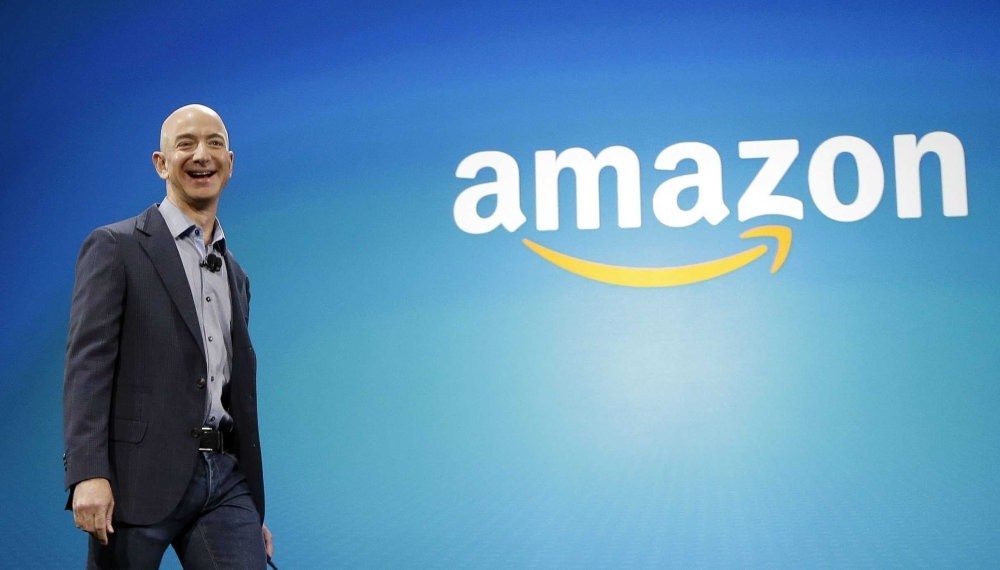 The personal wealth of Amazon founder Jeff Bezos soared to $105.1 billion Tuesday, making him the richest person ever in history. Bezos' income swelled due to Amazon's success on Wall Street. Bloomberg's billionaire tracker pegged his wealth at $105.1 billion while Forbes, the other consistent follower of the net worth of the world's billionaires, put his fortune at $104.4 billion. Bezos is now richer than Microsoft founder Bill Gates, the previous highest record-holder ever was at his peak wealth in 1999. Amazon stock increased 56 percent over 2017 and has already risen another 7 percent in the first days of 2018. Shares increased 0.47 percent Tuesday and analysts have been bumping up projections for Amazon's stock this week, with investment firm Piper Jaffray telling its clients Tuesday that it has increased its price target for the stock from $1,200 to $1,400 based off continued strong sales on the iconic online store.

"Amazon, despite its size and continued strong growth, is arguably still in the early innings of its share gain potential, even in the company's most penetrated market," analyst Michael Olson wrote in a note. "Most domestic internet users have a significant opportunity to increase their Amazon holiday wallet share allocation."

Olson added that he expects Amazon sales to increase 28 percent in 2018 compared to last year. Amazon is expected to reveal its sales for 2017 during a quarterly earnings call on Feb. 1. In 2016, the company made about $136 billion in sales revenue. Worth $93.3 billion according to Bloomberg, Gates is still the second richest man in the world. If it were not for his significant charitable giving, Gates would be worth much more than Bezos today. Since 1996, Gates has given away 700 million Microsoft shares and $2.9 billion in cash. Without doing so, he would likely be worth more than $150 billion.