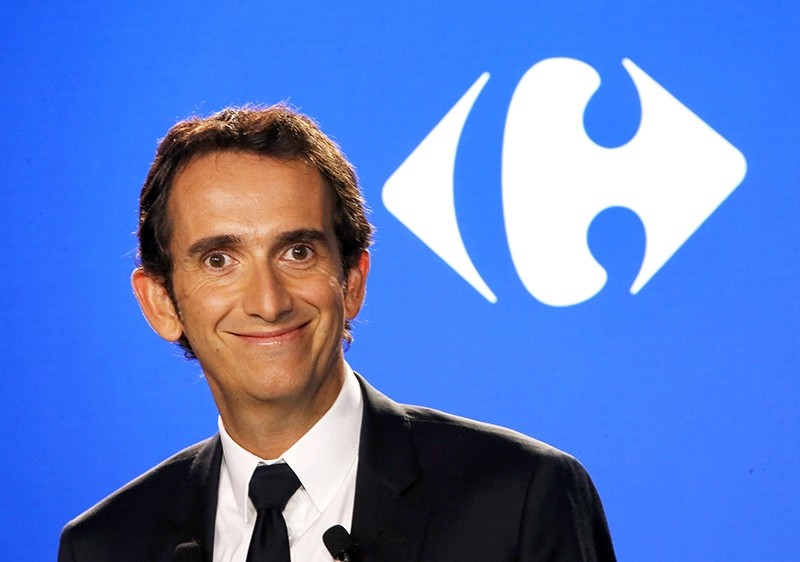 France's Carrefour group said Tuesday it is overhauling its business in a transformation plan involving thousands of job cuts, a product revamp and new partnerships in China.

Carrefour, which was the world's second-biggest retailer at the start of the century after U.S. giant Wal-Mart, has since slipped to ninth position, according to the Deloitte consultancy, having been overtaken by the likes of Amazon and Costco.

"Carrefour has not sufficiently developed with its customers," CEO Alexandre Bompard told a news conference.

Some 2,400 jobs will be cut in Carrefour's French operations via voluntary redundancies, the group announced.

Many of the cuts will be made at Carrefour's 12 French headquarters, which total 10,500 employees and are, according to Bompard, staffed "out of proportion" compared to its competitors.

The retailer's product mix is to be redirected towards more organic produce, with a target of increasing sales in that segment almost four-fold by 2022, it said.

"We must revamp our model, by simplifying our organization, opening ourselves up to partnerships, improving our operational efficiency, investing in our growth formats, building an efficient omnichannel model and developing our fresh and organic products offer, notably under the Carrefour brand," Bompard said in the statement.

The group said it will also accelerate its online development, aiming for a 20-percent market share in French online food sales, and open at least 2,000 new neighborhood outlets in its French home market in coming years.

Carrefour is hoping for 2 billion euros ($2.45 billion) dollars of annual savings from 2020 onwards thanks to the restructuring as it streamlines logistics and overheads.

Bompard said the group would sell 500 million euros worth of non-strategic assets over the next three years.

None of the group's hypermarkets in its traditional outlet network would be shut down, he said, but some would be leased out.

Separately, Carrefour also said it had signed a deal with Chinese internet giant Tencent and supermarket group Yonghui which will take a minority stake in Carrefour's Chinese subsidiary.

Analysts at Aurel BGC welcomed the plan, saying it was aimed at relaunching the retailer which is "worn out from years of strong competition and the rise of digital."

Investors also hailed Carrefour's project to invest 2.8 billion euros in its online activities over the next five years.

Carrefour operates 12,300 outlets globally and employs nearly 375,000 people worldwide, including 115,000 in its French home market where it generates nearly half of its overall sales.

In Turkey, the joint venture with Sabancı Holding called Carrefoursa has over 650 stores offering 36,000 products. In 2016, the retailer brought in nearly TL 4.5 billion ($1.2 billion) in revenue.