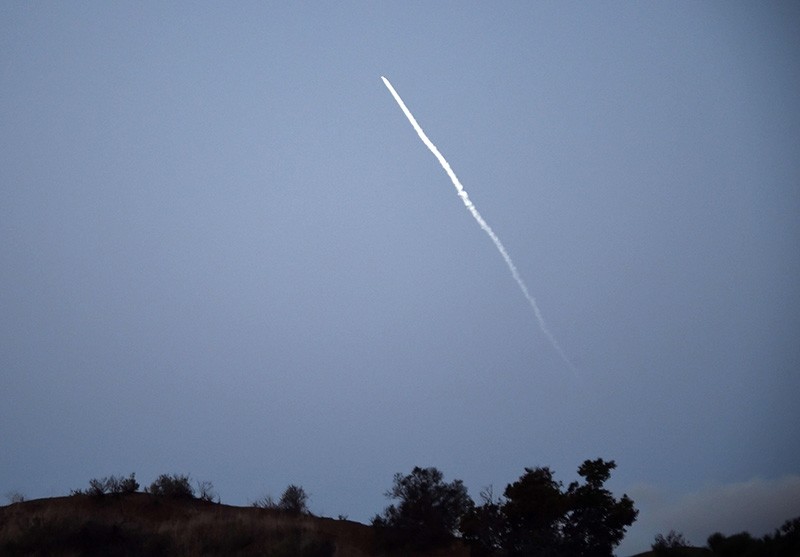 SpaceX flies in the distance after it made its fourth attempt at launching a Falcon 9 satellite-carrying rocket from Vandenberg Air Force Base, California on Feb. 22, 2018. (AFP Photo)
by Associated Press Feb 22, 2018 12:00 am

A SpaceX rocket carrying a Spanish satellite created a brief light show over Southern California after blasting off from Vandenberg Air Force Base.

The Falcon 9 rose above coastal clouds into the dawn sky Thursday and arced southward over the Pacific Ocean west of Los Angeles.

Southern Californians had been hoping for a repeat of the spectacle that occurred Dec. 22 when a Falcon 9 lifted off at twilight during exceptionally clear weather, triggering a social media storm.

Shortly after liftoff, Spain's PAZ satellite successfully entered orbit. The satellite carries an instrument to make radar images of the Earth for government and commercial purposes.

Secondary test satellites for a proposed space-based internet system that would provide internet access to remote areas were to be released later.