China has fewer rich lawmakers but their fortunes have grown 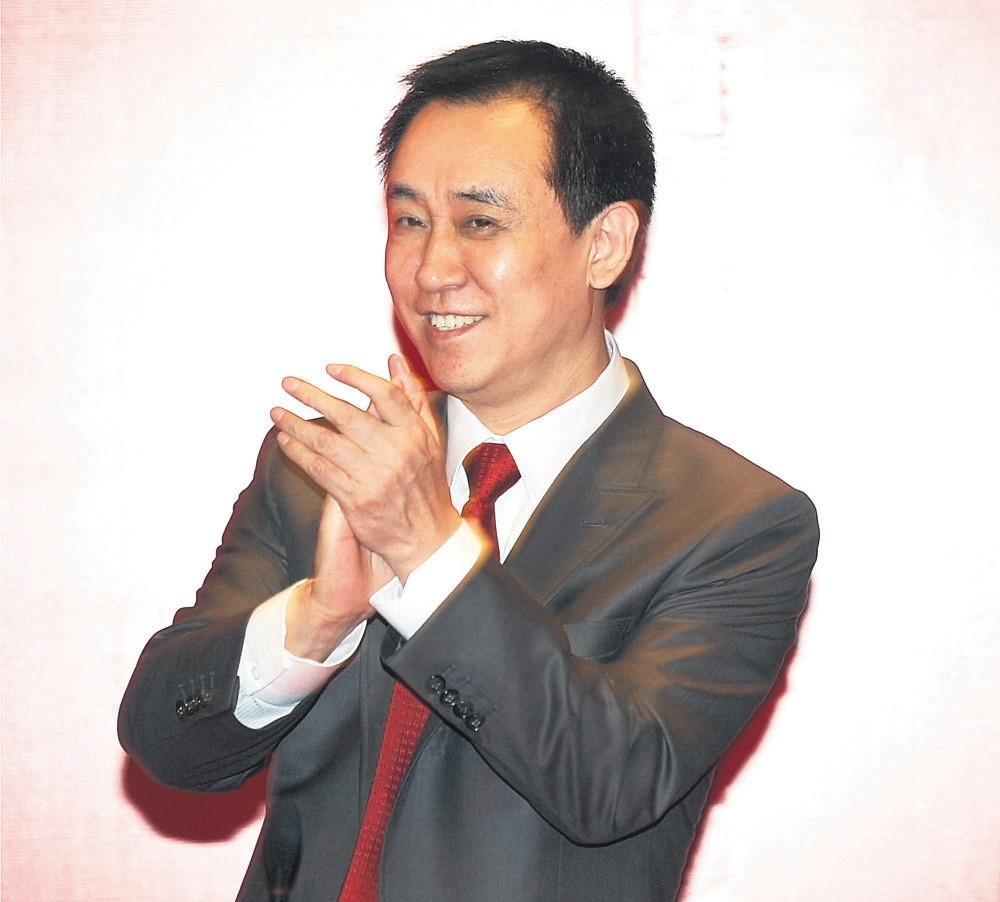 Chairman of developer China Evergrande Group and a delegate to the CPPCC, Xu Jiayin's net worth leapt 242 percent to 260 billion yuan.
by Associated Press Mar 03, 2018 12:00 am

Members of China's billionaire-studded ceremonial legislature are even richer than last year. It's all the more remarkable considering the number of superrich lawmakers dropped by about a quarter, according to wealth compiler Hurun Report, China's version of the Forbes rich list. Hurun's report released Friday found 152 super-wealthy delegates to the National People's Congress and its advisory body, which are set to meet next week in Beijing. That's down from the 209 who attended last year's session of the rubber-stamp parliament. The group's collective wealth, however, swelled to 4.1 trillion yuan ($650 billion), up by nearly a fifth from 3.5 trillion yuan the previous year. Tycoons with fortunes from traditional businesses like mining, autos and real estate share space on Hurun's list with entrepreneurs who made their money from internet services, smartphones and glass for the devices, highlighting the evolving nature of China's economy, the world's second biggest. The report also underlines fears about the political fortunes of China's elite under President Xi Jinping, who's carrying out a marathon corruption crackdown. The latest victims include a low-profile oil tycoon reportedly detained for questioning and the founder of Chinese insurer Anbang, Wu Xiaohui, whom authorities plan to prosecute for financial offenses. Xi is set to begin a second-five year term as president at the parliament's meeting starting March 5. Hoogewerf said while the ranks of superrich lawmakers have thinned out, he hasn't seen anything to indicate Chinese entrepreneurs are "losing confidence in the business environment."

Delegates are chosen every five years, most recently this year. High turnover between last year's group and the new NPC attendees is one big reason for the ranking's changes, said Hoogewerf. He added that delegates don't have nearly the same power that members of congress or senators have in other legislatures. Heading the list is Pony Ma Huateng, CEO of internet giant Tencent Holdings, operator of China's ubiquitous WeChat/Weixin chat app, with a net worth of $47 billion. The second richest NPC member is Li Shufu, chairman of Geely, one of China's biggest independent automakers. It owns Sweden's Volvo, stakes in Malaysia's Proton and British sports car maker Lotus, and recently acquired nearly 10 percent of Germany's Daimler. His fortune is estimated at $17 billion. The youngest member is Liu Ruopeng, founder of advanced materials maker Kuang-Chi, which also owns a New Zealand jetpack maker. Hurun says he's worth $2.6 billion. Among the few women on the list, Zhou Qunfei is one of China's wealthiest. She made a $10 billion fortune through her company Lens Technology, which makes glass for smartphones and tablets.