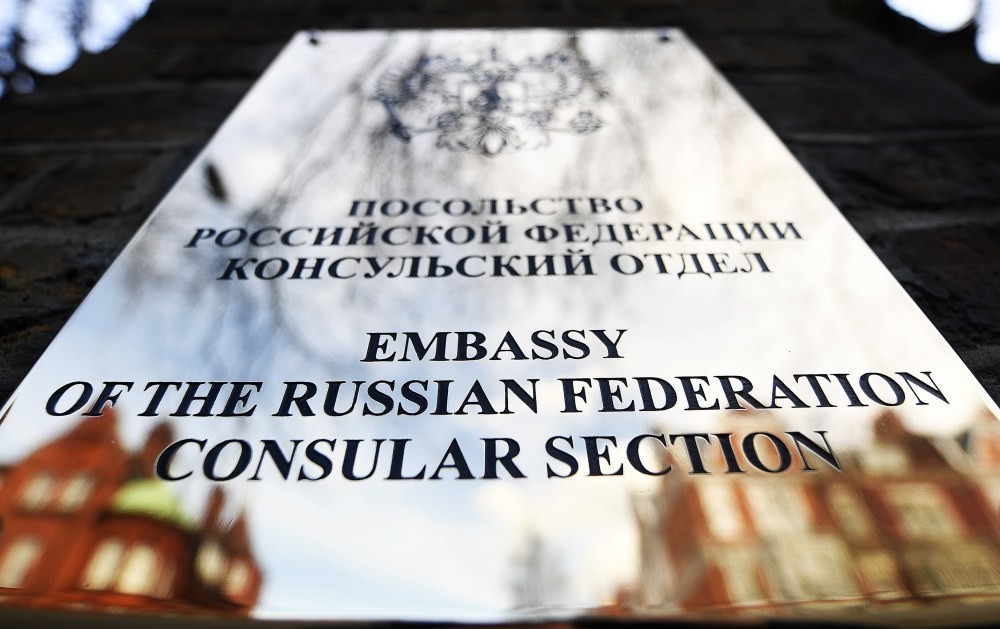 It does not seem likely that the U.K. will slap sanctions on Russia over spy poisining in Salisbury since the British economy enjoys large sums of Russian money.
by Associated Press
Mar 21, 2018 12:00 am

Despite British Prime Minister May's promised actions to retaliate against Russia concerning the poisoning of a spy, it seems difficult for the U.K. to impose sanctions in real terms since the country is so much reliant on Russian money in its economy

As Prime Minister Theresa May solemnly told a packed House of Commons last week that she would expel 23 Russian diplomats over the nerve-agent attack on a former spy, British investors across town were lending millions of dollars to Moscow's state-controlled natural gas giant, Gazprom.

The company's bond issue is just one example of how Russia has become entwined in the British economy. Wealth accumulated from the sale of state assets after the breakup of the Soviet Union, as well as Russia's vast energy and mineral resources, flows through British banks and investment funds, buoys the property market and boosts the sales of luxury retailers.

That makes it difficult for the U.K. to impose meaningful sanctions on Russia for fear of harming British business interests and innocent Russians. While critics call for Britain to freeze the assets of President Vladimir Putin and his friends, the government so far has limited its response to expelling diplomats, suspending high-level meetings and threatening to crack down on dirty money. The National Security Council meets Tuesday to discuss further sanctions. The response reflects a contradiction at the heart of British policy, said Nigel Gould-Davies, an associate fellow in the Russia and Eurasia program at the Chatham House think tank.

"Russia is a skillful and growing threat to the U.K., yet Russia's elite uses the U.K., like no other country, to legitimate and protect its wealth," he said. "A whole industry of U.K. financial, legal and related services benefits from this. They are wealthy, well-connected and benefit enormously from Russian custom. They do not want to see this harmed." Underlying calls for tougher action is the sense that at least some Russian money is dirty, a view fed by the recent BBC drama "McMafia," a fictional account of the links between Russian mobsters and the government.

Britain has said it will crack down on "serious criminals and corrupt elites," suggesting that it may use a new tool called "unexplained wealth orders" to seize the assets of wealthy Russians whose assets outstrip their legitimate sources of income.

But the government also went to great lengths to stress the positive contributions Russians have made to British society.

"There are many Russians who have come to this country and made their lives here and contributed magnificently to our culture and our society, and they feel threatened," Foreign Secretary Boris Johnson told the BBC. "It is very important that we do not allow a miasma of suspicion about all Russians in London, and indeed all rich Russians in London, to be created."

Britain has long been attractive for the Russian diaspora - the place to buy property, educate children at prestigious schools and, critically, to fight legal battles in courts that have a history of fairness. In addition, London is only a four-hour flight from Moscow, it has an established Russian community and many cultural links.

As a result, an estimated 59,000 people who were born in Russia now live in Britain. "Russians are quite Anglophile," said Philip Worman, managing director of GPW Ltd., a political risk, investigations and dispute consulting firm. "The Russians like British culture. They like our perceived ideas of justice and fair play."

Businesses have rushed to serve this market, with law firms offering one-stop VIP services that cover everything from estate planning and real estate transactions to divorce. The City of London, Britain's financial center, made millions financing the Soviet Union after World War II. More recently, the City has helped Russian businesses sell shares and expand abroad.

Russian money has even infiltrated that most English of institutions, Premier League soccer. Roman Abramovich, whose has a fortune valued at $13.5 billion and was once governor of Russia's Chukotka province, owns London's Chelsea Football Club. Alisher Usmanov, a metals, mining and media entrepreneur with a $15.3 billion fortune, owns 30 percent of crosstown rival Arsenal Football Club.

And it isn't just big companies. Many small enterprises make money by catering to Russians here. In the London borough of Kensington, where photographers and TV crews sit outside the Russian embassy waiting for the next development in the poisoning of Sergei Skripal and his daughter, Yulia, the important role Russians play in the local economy is obvious, if understated. Across the street from the embassy, a shop offers Russian hair extensions. Around the corner the Caviar Artisan sells only the best and down the street a local barber advertises in Cyrillic.

Amid the rising diplomatic tensions, some Russians feel they themselves trapped between stereotypes and political outrage.

Yevgeny Chichvarkin, a one-time mobile phone entrepreneur and Kremlin critic who has lived in London for a decade, says he feels a bit less welcome. Even though he runs a an exclusive wine shop in the tony Mayfair district, plans for a new project that will create 200 jobs and contributes to art and society, his neighbors recently rejected his offer to install a trampoline in the local park.

"The neighbors refused to sign the paper," he told The Associated Press ruefully, as he painted a scenario where all things Russian are increasingly suspicious.

He added, only half-jokingly, that if parents found out he had contributed to the sandbox at the playground "they'll go over it with a Geiger meter."