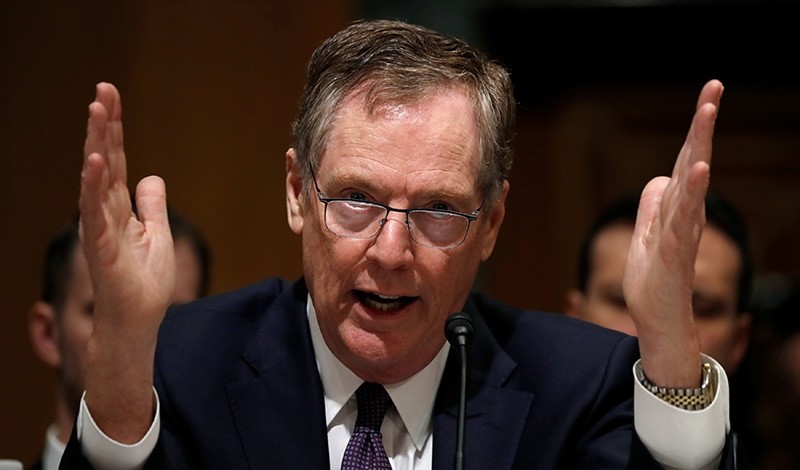 Europe, Australia and South Korea will be among a significant list of trading partners to be initially exempt from new tariffs on foreign steel and aluminum, the top U.S. trade official Robert Lighthizer said on the eve of Friday's imposition of the import taxes.

The move averts the imminent risk of a trade war with the EU, which had threatened to strike back with tariffs on a range of U.S. goods.

He said neighbors Canada and Mexico would be excluded amid ongoing talks to revise the 1994 North American Free Trade Agreement (NAFTA).

Testifying Thursday to the Senate Finance Committee, U.S. Trade Representative Robert Lighthizer said that Trump has decided to "pause the imposition of the tariffs" while negotiating with a "list" of additional countries.

"We have Europe, we have Australia, we have Argentina, we have Brazil, who am I forgetting? And obviously, Korea, where we're negotiating, of course," Lighthizer said.

Trump had planned to impose tariffs of 25 percent on imported steel and 10 percent on aluminum. The sanctions are meant to hit China for flooding the world with cheap steel and aluminum but in practice would have hurt many allies, such as the EU.

Earlier, Germany's economy minister said he had found officials in Washington "open to our arguments" when he visited to try and avert the tariffs.

Altmaier told Germany's parliament Thursday "it is a question of fundamental significance: whether we all stand for open and fair world markets in the future."