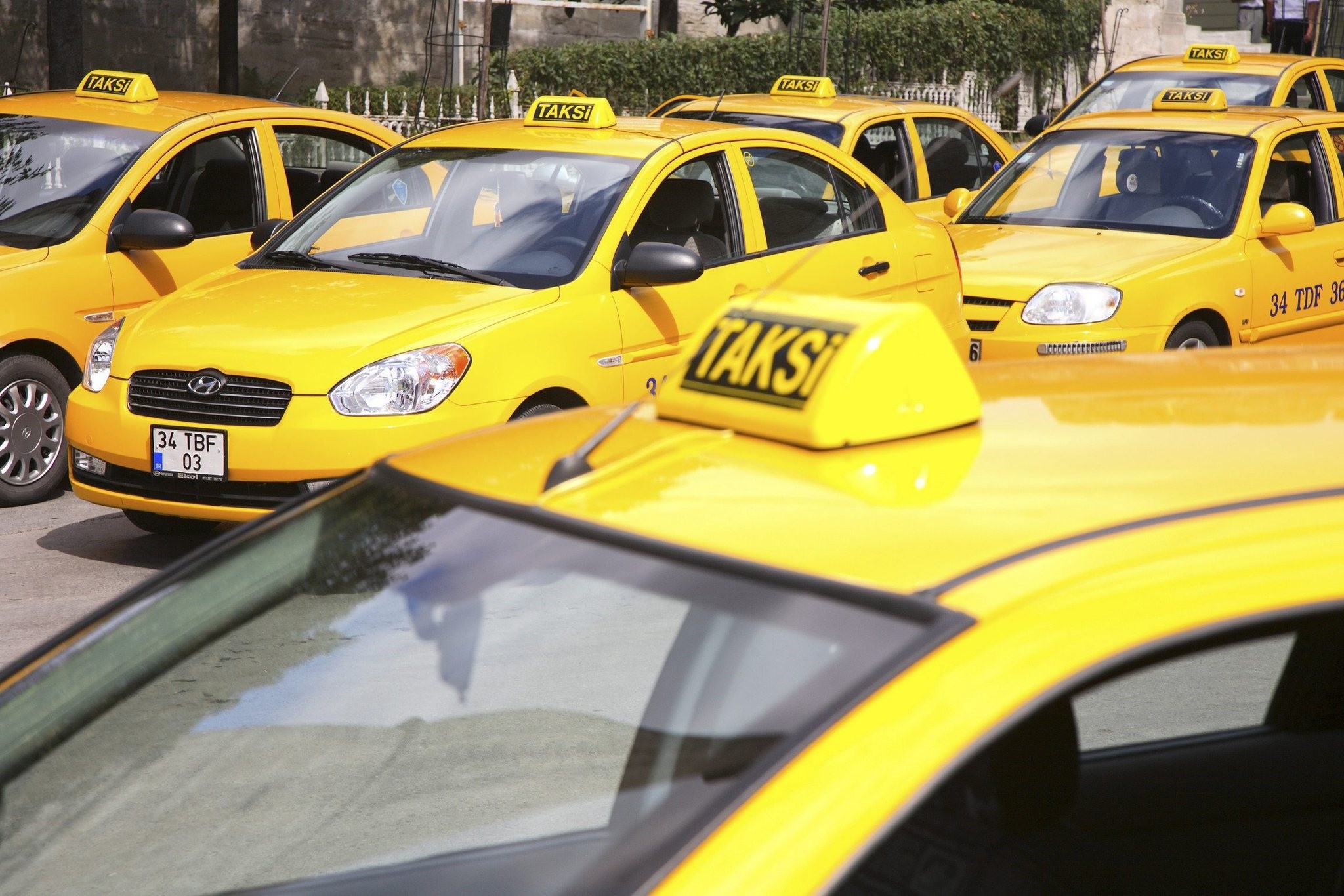 Over the last month, the Turkish public has seen the escalation of tension between Istanbul's taxi and Uber drivers, who taxi drivers have attacked in most of the cities it operates in. For some, the popularity of Uber is just a simple case of market dynamics determined by supply and demand curves. It was true that there has been growing demand and rising supply. To keep up with transportation technology enhancement with apps, the Istanbul Metropolitan Municipality introduced the iTaksi app, seen as the "Turkish Uber." Expecting the app to spread more in the near future, taxi drivers see it as an opportunity to increase their competitiveness against Uber with support from officials.

The iTaksi app was developed by Turkish engineers as part of the Istanbul Metropolitan Municipality's Directorate of Transportation's strategic plan, which aims to mainstream all types of smart transportation systems with domestic sources. The app monitors, navigates and coordinates taxi stands and ensures the security of drivers and passengers. It also sets the shortest and most economical route to the destination.

The system is currently installed in 4,000 cabs in Istanbul, which has 17,193 taxis. The number is expected to increase soon as the municipality will hold a bidding on April 12 for the purchase of more iTaksi systems, Chamber of Istanbul Taxi Businesses Deputy Director Veli Yurt told Daily Sabah. The number of new iTaksi systems to be installed in Istanbul cabs is not known, but it is intended to ensure more integration with smart systems and raise the quality of cab services in Istanbul."As a domestically made transportation app, iTaksi will provide cab drivers an advantageous position to compete with Uber with the support of the municipality authorities," Yurt said. He added that the necessity id for drivers to turn the tide in their favor and benefit from the app to the highest extent.

Yurt also expressed his hope that tension between taxi and Uber drivers will be mitigated and "Turkish justice" will give cab drivers their due as they consider Uber to be creating an unfairly competitive market environment.

Istanbul's taxi drivers have taken Uber to court, accusing the U.S.-based ride-hailing app of endangering their livelihoods in a case that could crimp its business in Europe's largest city.

In their suit, cabbies accuse Uber of running an unlicensed taxi service in Turkey and want the app banned. The next hearing is scheduled for June.

Yurt also explained the concerns of the cabbies as they feel threatened by Uber gaining earnings without just means and not complying with Turkish law. Yurt also said that the perception Uber created with the recent tensions do not reflect the reality of taxi services, and the iTaksi app will further prove the fallacy of accusations regarding taxi drivers as it will enhance the idea of safe transportation.

The chamber also wants the municipality to ease some of the articles in the iTaksi agreement. Yurt said that the Istanbul Kart, used for all public transportation systems in Istanbul, should not be used in cabs as they are not transportation vehicles like buses or subways.The chamber represents around 50,000 taxi drivers with 18,000 licensed cabs.