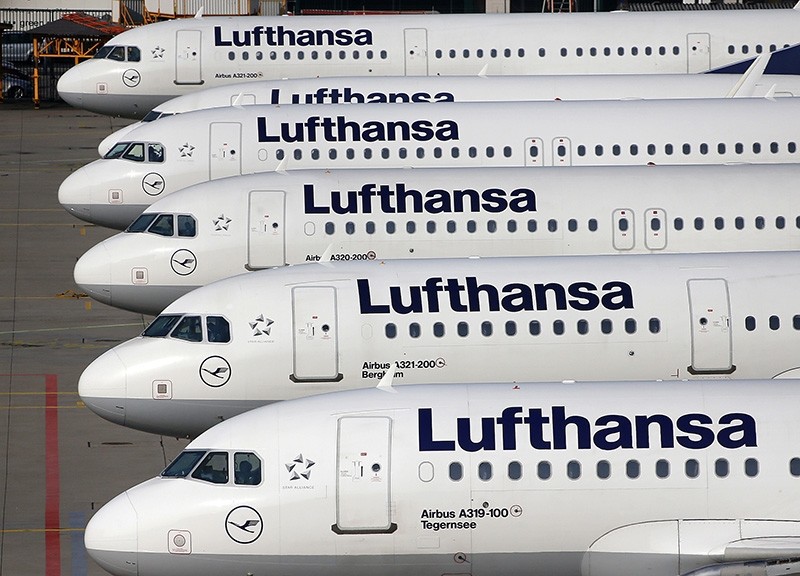 "Due to this strike tomorrow, Lufthansa will have to cancel 800 out of the 1,600 scheduled flights, including 58 long-haul flights," the group said in a statement, adding that around 90,000 passengers would be affected.

Service would be back to normal on Wednesday after the strike, which will see groups like ground crew and airport firefighters walk off the job between 5 a.m. and 6 p.m. local time (0300 to 1600 GMT), Lufthansa said.

Frankfurt airport -- Germany's largest -- warned on its website of "significant delays and cancellations" affecting many airlines, asking travelers to check with their carrier whether their flight would go ahead.

Even passengers whose flights were not canceled should plan to arrive at the airport earlier than usual as longer queues are expected, Lufthansa said.

"It's totally unacceptable that the union is waging this conflict on the backs of uninvolved passengers," Lufthansa human resources chief Bettina Volkens said.

The airline has cleared up outstanding conflicts with its own employee groups like pilots and cabin crew.

But the airport staff walkout along with others between April 10 and 13 is designed to "increase pressure" on public sector employers ahead of wage talks, major union Verdi said.

The Tuesday "warning strike" will also hit Munich, Cologne and Bremen airports, as well as local transport, kindergartens, rubbish collection and hospitals in several states including the capital Berlin, Bavaria and North Rhine-Westphalia.

Public sector workers should have "a share in good economic performance" in Germany, where tax income has surged as the pace of growth has picked up, the union insisted.

Worker representatives at Verdi, teachers' union GEW and civil servants' federation DBB demand a 6.0-percent pay raise, or a pay increase of at least 200 euros ($245) per month, for the 2.3 million people working for Germany's federal and local governments.

They have been encouraged by the success of powerful metalworkers' union IG Metall, which wrung a 4.3-percent pay increase and the right to temporarily switch to a 28-hour working week out of bosses in a February deal.

"Warning strikes" lasting a few hours are a traditional warmup to sectorwide pay and conditions talks in Germany.

A final round of talks between the public-sector unions and their employers is slated for April 15-16.

In a statement following the last round in March, the Interior Ministry said unions' pay demands were "much too high and impossible to fulfill," especially given that worker representatives want any agreement to hold for only one year.

"I remain confident that we will manage to find a solution that's acceptable to all sides" and avoid "massive strikes," government negotiator Hans-Georg Engelke said at the time.

If negotiations fall through, unions can resort to more aggressive, longer-lasting types of walkouts.