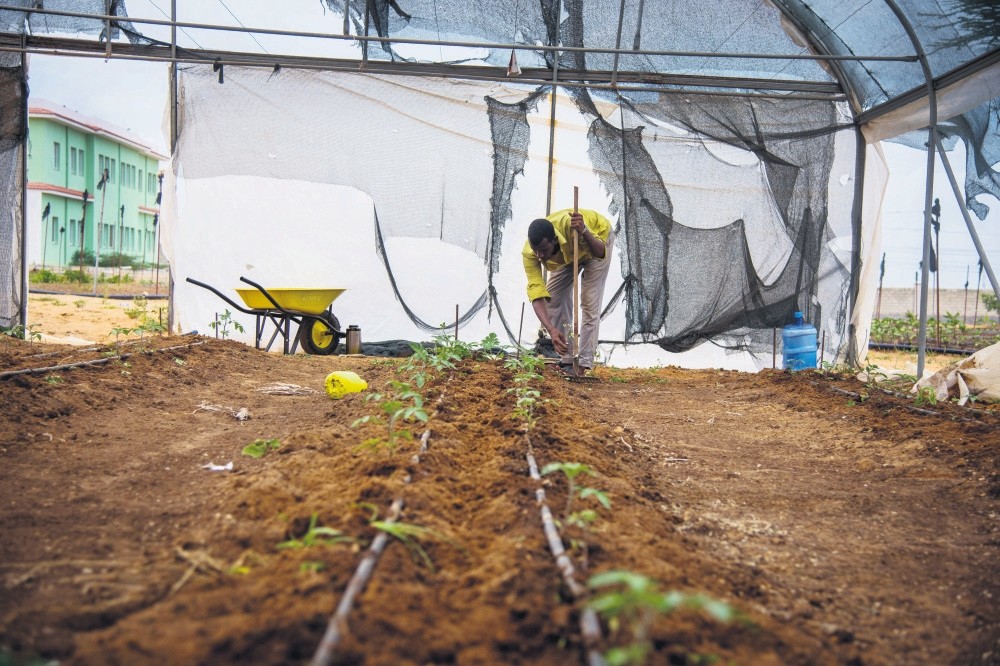 While facing decades of civil war, Somalia has also suffered from droughts and wide-spread poverty. For the past seven years, Turkey has been providing support for the country by offering various sustainable and tangible projects

For the past seven years the Turkish state has been mobilizing all governmental and nongovernmental organizations to lend a helping hand to Somalia, a country that has been reeling under the weight of a decades-long civil war, drought and poverty. Basic humanitarian needs, camps for internally displaced people, food and such efforts have been delivered.

Starting off with then Prime Minister Recep Tayyip Erdoğan's historic visit to Somalia in 2011 during a time when the country was considered one with the highest risk of famine, Turkey's development projects have steadily continued. In a short time, the Turkish government has initiated plans for structures like hospitals, housing projects, schools, water wells and military training facilities.

Jointly realized by the Turkish Cooperation and Coordination Agency (TİKA) and the Humanitarian Relief Foundation (IHH) in late 2012, the project was only one course at first. In 2014, however, the popular program was turned into the Anatolian Agricultural School. Today, Somali students gather practical agricultural experience on a vast 2,000-square-kilometer section of land.

During the training period, students are equipped with practical agricultural training on issues such as seeding, irrigation, hoeing, spraying, harvesting and reseeding. Around 500 students have graduated so far. Furthermore, a master's degree opportunity in Turkey is offered to Somali students through the program.The TİKA also makes sure that Turkish agricultural experts monitor the training program and plants regularly so the project continues to be successful. The development agency has so far delivered tractors, prime movers, pulverizers, silage machines, plows, seeders and anchors to the Anatolian Agriculture School.

Another crucial aspect of the school is to introduce different vegetables and fruit to the people of Somalia. In total, melons, cucumbers, eggplant, beans, tomatoes, corn and green peppers are grown as part of the project. Students receiving training at the school are encouraged to return to their hometowns and help ease the poverty crisis due to the drought.

Turkey has also been at the forefront in delivering humanitarian aid and basic food to quench the urgent needs of Somalis since the unprecedented famine threat in 2011. The Turkish Red Crescent and the IHH have been very generous in reaching out to the poor in the country.

The Turkish Red Crescent is estimated to have spent nearly $40 million on Somalis since 2011. It has also provided more than 80,000 tons of humanitarian aid in this respect. Somalia was one of the four regions singled out by the U.N. in 2017 in a $4.4 billion aid appeal to avert catastrophic hunger and famine, along with Nigeria, South Sudan and Yemen.