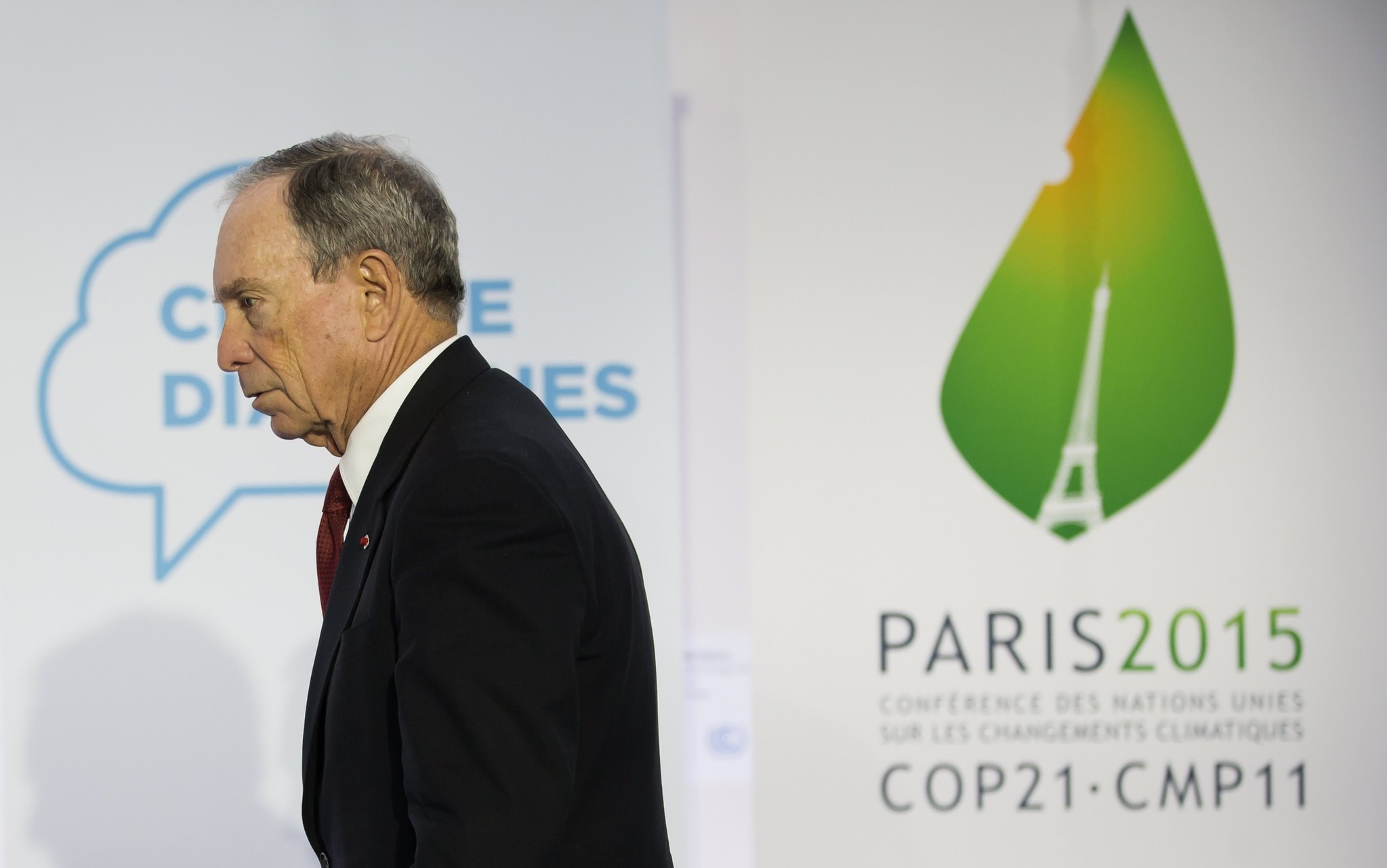 "America made a commitment and as an American if the government's not going to do it we all have responsibility," he told CBS's Face the Nation. Last June, U.S. President Donald Trump announced the U.S. would withdraw from the pact, championed by his predecessor Barack Obama. The president, whose Republican party has strong ties to the fossil fuel industry, said that the agreement was unfair to the world's largest economy.

"I'm able to do it. So, yes, I'm going to send them a check for the monies that America had promised to the organization as though they got it from the federal government," Bloomberg said. The landmark treaty was agreed on by 197 nations in 2015 after intense negotiations in Paris, where all countries made voluntary carbon-cutting pledges running to 2030. The pact saw countries agree to limit average global warming caused by greenhouse gases from fossil fuel burning to under 2 degrees Celsius (3.6 degrees Fahrenheit) over pre-industrial levels. Days after the announcement the U.S. was quitting the agreement, Bloomberg led nearly 1,000 business and government officials in declaring they would honor the accord. The group, including the likes of Apple, Amazon, Google and known collectively as "We Are Still In," branded Trump's decision "a grave mistake that endangers the American public and hurts America's economic security and diplomatic reputation."

Meanwhile 76-year-old Bloomberg, who was mayor of New York from 2002 to 2013, also pledged to muster $15 million for the United Nations' climate body. In January of this year, Trump said he would be willing to sign the U.S. back up to the Paris climate accord, but only if the treaty undergoes major change. Bloomberg said he hoped Trump would change his mind in time for next year's payment due from the U.S.

"He's been known to change his mind. That is true," Bloomberg said.

"But he should change his mind and say look there really is a problem here. America is part of the problem. America is a big part of the solution and we should go in and help the world stop a potential disaster."