Istanbul’s Atatürk Airport to be closed to scheduled flights on Oct. 29 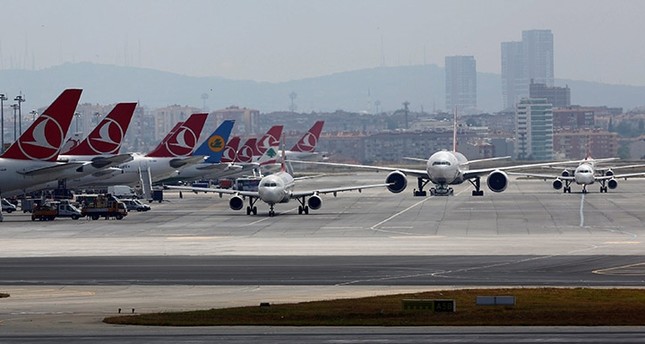 Istanbul's Atatürk Airport, which is among Europe's five busiest airports, will be closed to scheduled flights on Oct. 29 in line with the planned opening of the new Istanbul airport.

With a Notice to Airman (NOTAM), the expected move was officially announced Friday to the international and national aviation community, as 85 percent of the construction of Istanbul's third airport has been completed.

According to the NOTAM, the transfer operation from Atatürk Airport to the Istanbul New Airport will be carried out between Oct. 30 and 31.

The airport is expected to open on the 95th anniversary of the establishment of the Republic of Turkey.

Incoming flights will be directed to the new airport from the existing Atatürk Airport as soon as the new one opens, Arslan said.

"The transition to the new site will be completed in 48 hours," the transport minister said.

The airport will be large enough for 114 planes to dock at the same time, the minister said, adding that it will employ 225,000 people when fully operational and will serve 3,000 flights on a daily basis.

Share on Facebook Share on Twitter
Previous in Business The U.S. economy slowed in the first quarter as consumer spending... Next in Business The Russian startup Stafory is using Robot Vera, an AI-based software...
DAILY SABAH RECOMMENDS