China could target US firms, debt if Trump plays hardball 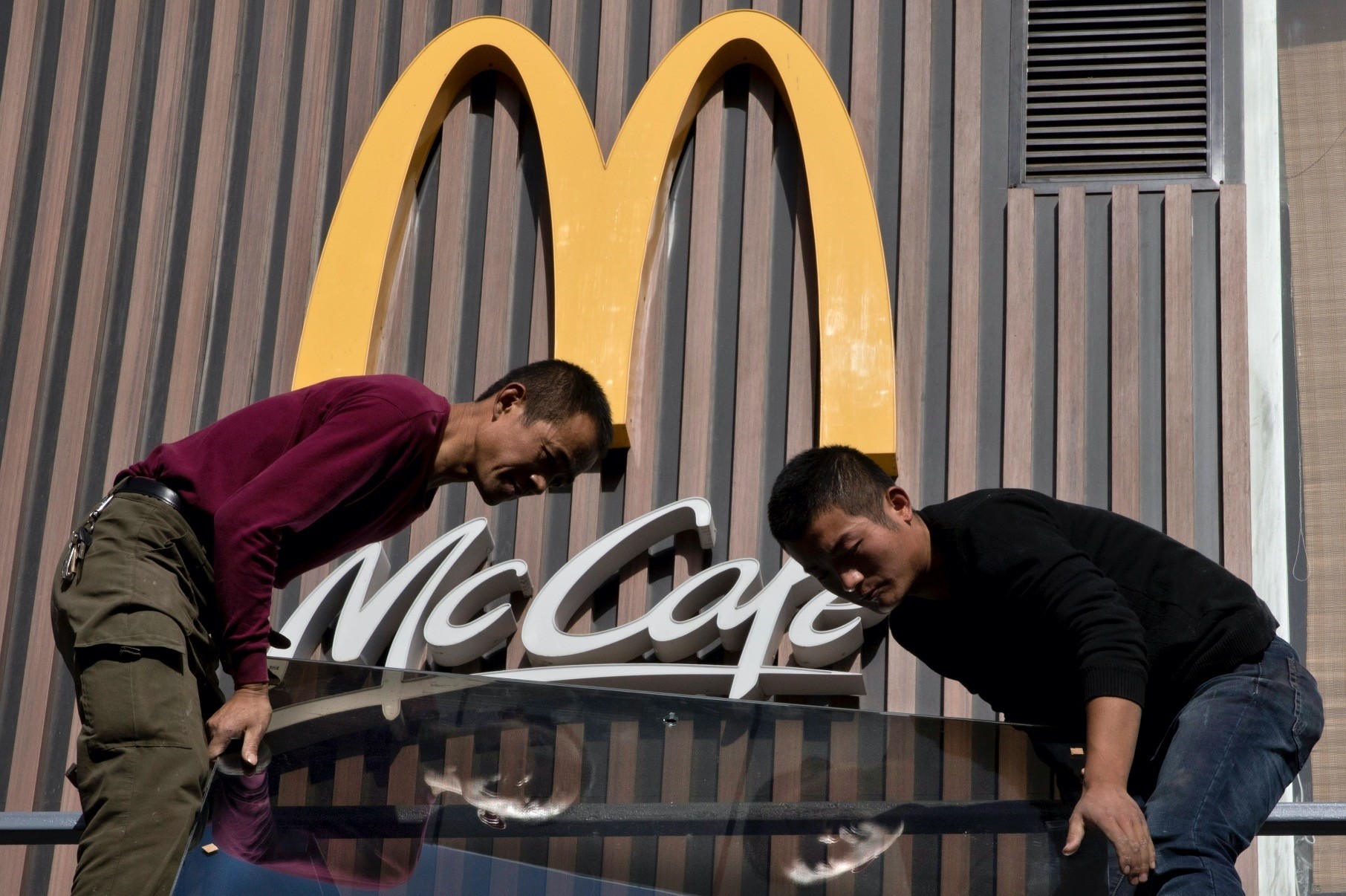 Chinese workers install glass panels near the logo for U.S. fast food brand McDonaldu2019s in Beijing.
by Associated Press May 07, 2018 12:00 am

As the two sides exchange threats of tariff hikes, Beijing has other ways to inflict pain. Chief among those is harassing American companies that make autos, operate restaurant chains, sell computer software

In a looming trade war between the world's two largest economies, American companies in China may have a bull's-eye on their backs. The Trump administration is pushing China to cut its trade surplus with the United States by $200 billion by the end of 2020 and give up policies that favor domestic companies - the core of Beijing's state-led economic model. As the two sides exchange threats of tariff hikes, their lopsided trade balance means China will run out of imports for retaliation before President Donald Trump does. But Beijing has other ways to inflict pain.

Chief among those is harassing American companies that make autos, operate restaurant chains, sell computer software and do other business in China's heavily regulated economy. Other possible options include selling U.S. government debt or disrupting diplomatic efforts over North Korea, but those would damage Beijing's own interests. Trump has threatened higher tariffs on $150 billion of Chinese goods in response to complaints Beijing violates its free-trade commitments by stealing or pressuring foreign companies to hand over technology. Beijing reacted to his first round with a $50 billion list including American aircraft, soybeans and pork for possible retaliation. If it raises that to match Trump's total, that would be nearly equal to China's 2017 imports of U.S. goods. The Commerce Ministry has warned that no option is off the table.

Chinese regulators have wide discretion and an arsenal of tools to disrupt U.S. businesses from withholding licenses to launching tax, anti-monopoly or other investigations. The U.S. chipmaker Qualcomm Inc. might serve as an early example. China is the final major government withholding approval of Qualcomm's proposal for its $44 billion acquisition of rival NXP Semiconductors. In April, the Commerce Ministry said Qualcomm's proposal "has difficulty" resolving concerns of Chinese anti-monopoly regulators. Qualcomm and NXP said April 19 that at the Chinese ministry's request, the companies withdrew and refiled an application for Beijing to clear the acquisition. China's entirely state-controlled media have encouraged consumer boycotts against Japanese, South Korean and other products during previous disputes with those governments.

"China can harm the interests of the United States by limiting the operations of multinational corporations," said Jin Canrong, a foreign relations specialist at Beijing's Renmin University, in comments to the website wallstreetcn.com. Jin pointed to the example of South Korean retailer Lotte, whose business was destroyed by Beijing last year after it sold land to the Seoul government for an anti-missile system opposed by Chinese leaders. Beijing retaliated by closing most of Lotte's 99 supermarkets and other outlets in China. Seoul and Beijing later mended relations, but South Korean news reports said Lotte has given up on China and is trying to sell its stores.

"Already we are hearing that approvals for some types of licenses for U.S. firms operating are being put on hold," the Eurasia Group said in a report.

Chinese commentators say Beijing has financial weapons, though using them would cost China's own economy and international standing. Nationalists point to China's $1.2 trillion holdings of U.S. government debt as leverage. But Beijing would suffer losses if it sold enough of that to influence U.S. debt financing costs. And there are few other places to store such vast foreign currency reserves. Beijing also could obstruct U.S. investment in China, wrote commentator Ren Zeping on money.163.com. But that also would impose a cost by worsening an investment slump Chinese leaders are trying to reverse. Regulators could depress the state-controlled exchange rate for China's yuan against the dollar.

That could help Chinese exporters and make U.S. imports more expensive. But it would carry a political cost by hurting other trading partners and making Beijing look reckless, possibly destabilizing financial markets. Beijing can appeal for support to U.S. allies that are miffed by Trump's "America first" approach and the U.S. withdrawal from the Paris climate pact and the proposed Trans-Pacific Partnership, a regional trade agreement.